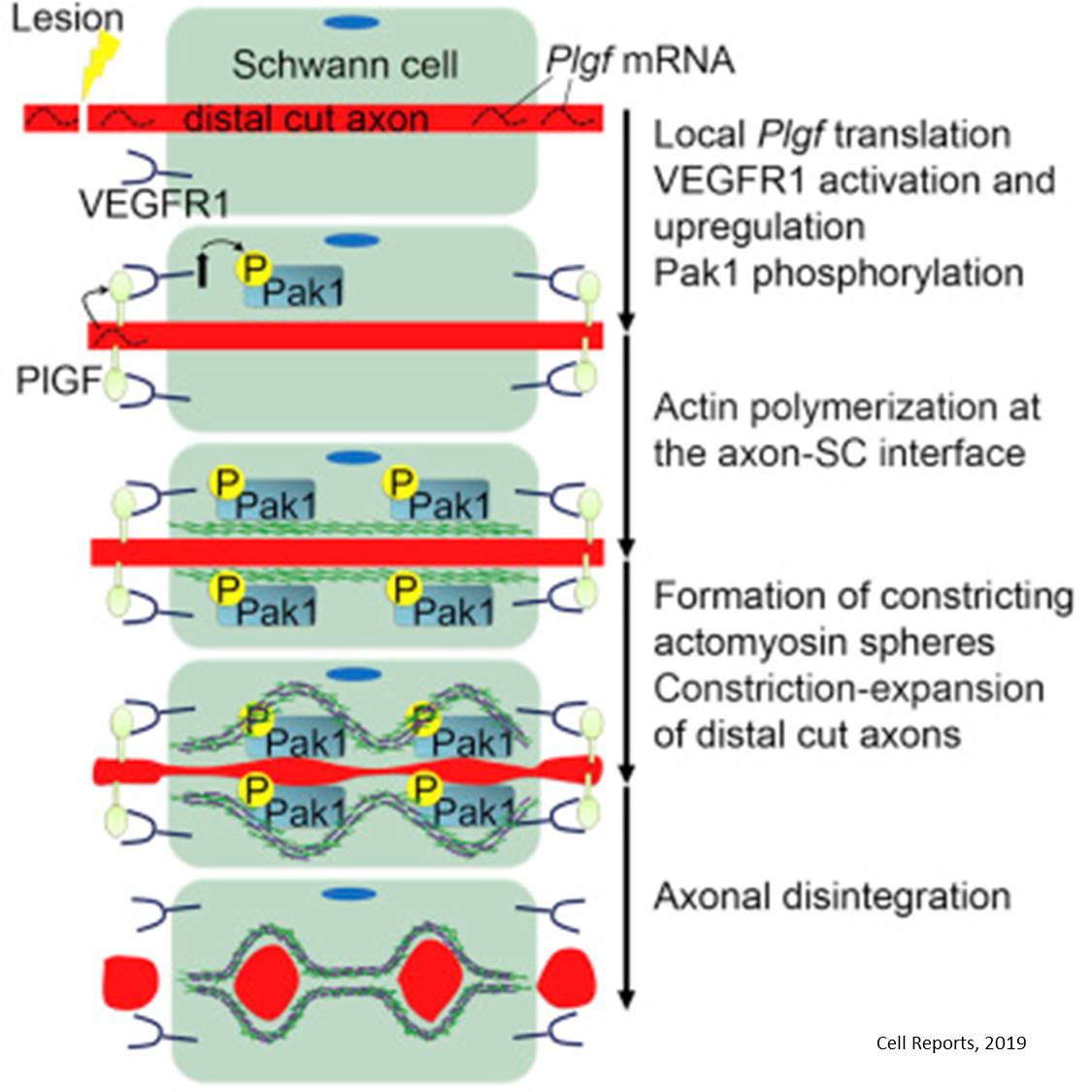 Damaged peripheral nerves can regenerate after an injury, for example, following a forearm fracture. Axons, the long projections of neurons that transmit stimuli or signals to other cells, are affected in the case of injury and need to regrow to recover their function. The research team investigated the details of this repair process and have demonstrated that the same mechanism could be activated in cells of the central nervous system - after a spinal cord injury, for instance. Their results have been published in the renowned journal Cell Reports.

Myelin-forming cells are key to the axon regeneration process. Many axons are ensheathed by myelin, which serves as a protective layer while also enabling fast and efficient signal transmission. Myelin is produced by Schwann cells in the peripheral nervous system and by oligodendrocytes in the central nervous system; this difference has a major impact on axon regeneration, because Schwann cells and oligodendrocytes respond very differently to axonal injury.
'
When axons of the peripheral nervous system are injured, Schwann cells rapidly induce the disintegration of the cut-out axonal segments into small fragments, which can then be digested by Schwann cells themselves or later by macrophages. This elimination of axonal debris is one of the first and critical steps of the repair process. In order to do that, Schwann cells form small spheres made of a protein called actin; these actin spheres exert pressure on the isolated axon segments until their disintegration into small pieces. This targeted degradation of cell debris is essential to enable the healthy part of the axon that remained attached to the neuron cell body to grow back, connect to its former target and thereby regain full functionality.

Of particular interest, the team found that severed axonal segments send a signal to Schwann cells that prompts them to start the actin sphere formation and axon disintegration process, an impressive and precisely coordinated form of interaction between the two cell types. If this mechanism is disrupted, axonal disintegration is slowed down and axonal fragments impair the regeneration of the affected nerve.

The team is currently working at identifying the molecular processes that trigger the removal of myelin at the site of injury in the central nervous system. In addition to the disposal of axonal debris, myelin removal is a second prerequisite necessary for the complete regeneration of neurons. "We have discovered a pathway that accelerates myelin degradation in the peripheral nervous system and are now trying to determine whether this can also trigger myelin removal in the central nervous system," adds the senior author.