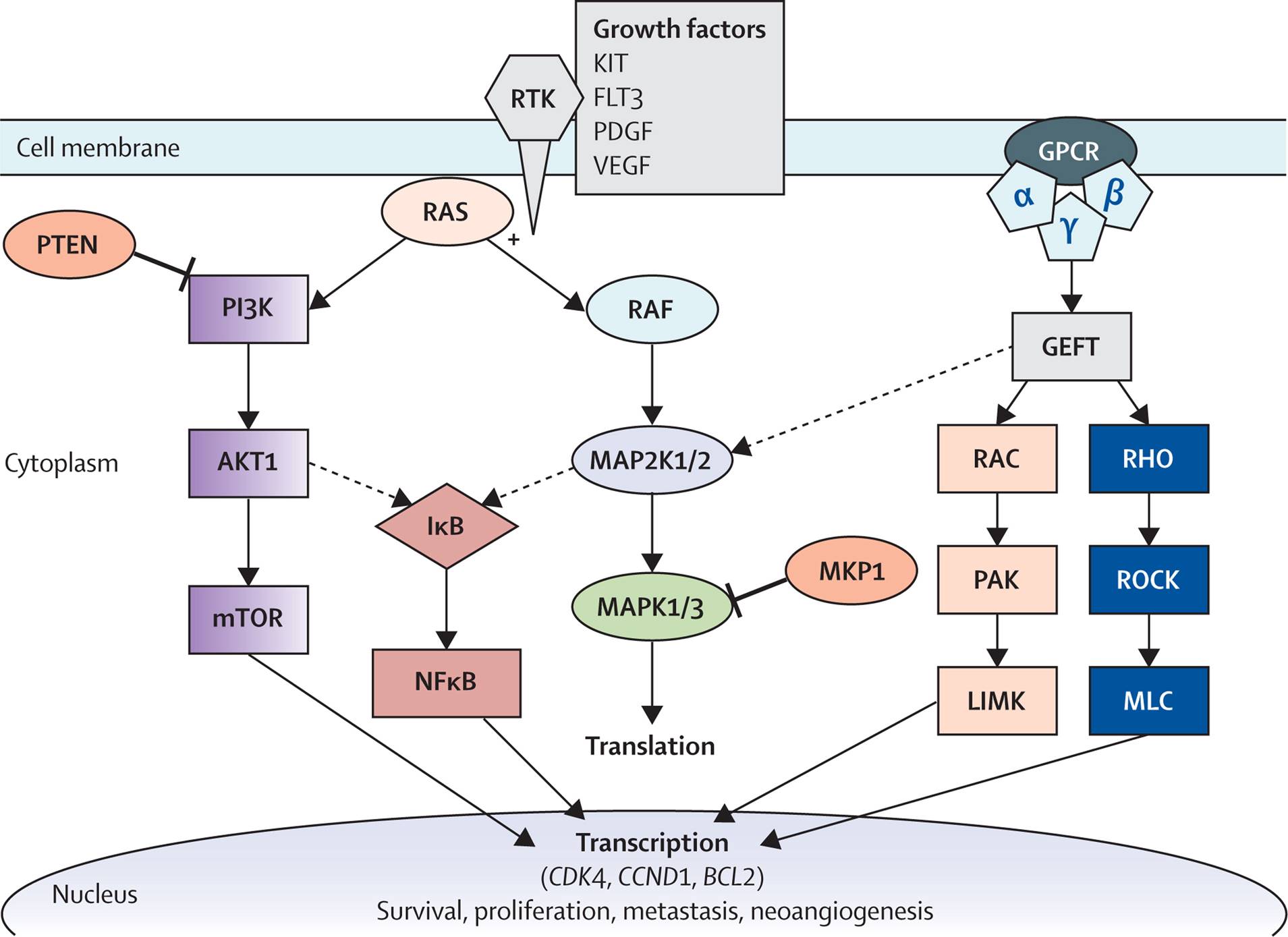 In 2014, new combination therapies to treat patients with metastatic melanoma hit the market, helping extend the lives of those with this aggressive disease. Yet unfortunately, after several months of treatment, almost all patients on the regimen eventually relapsed.

A study out in Nature reveals why these relapses occur. While the combination therapies block off the principal pathway that cancer cells use to fuel their growth, the cells come to bypass this blockade and, like vehicles on a detour route, make use of additional pathways to continue growing and spreading.

"The tumor cells are smart," said co-corresponding author on the study. "Once they block this first pathway, then other pathways can get activated, leading to an even more aggressive disease."

"Our findings provide a possible flanking strategy to counteract the ability of melanoma cells to re-wire their signaling networks," said co-coresponding author. "When cancer gets smart, we have to act even smarter."

Around half of all melanomas are attributable to a mutation in a gene called BRAF. When mutated, BRAF, an enzyme that acts in a signaling cascade known as the MAPK/ERK pathway, becomes overactive and leads to increased cellular growth, a hallmark of cancer. Accordingly, drugs have been developed to inhibit BRAF. These therapies have been modestly successful, but some patients fail to respond entirely and those who do respond almost inevitably develop resistance.

To bolster the effects of the BRAF inhibitors, recently a new class of drugs was developed to block an enzyme that acts downstream of BRAF/MEK. Pairing the BRAF inhibitor with the MEK inhibitor has given patients with advanced melanoma one of their best treatment options to date. But like the BRAF-inhbitors, the effectiveness has been transient.

Researchers they found that treatment with BRAF inhibitors alone seemed to reactivate ERK, which is downstream of BRAF in the MAPK pathway as other groups had previously shown.

But in many cell lines and patient samples that developed resistance to the combination therapy, the researchers observed something different happening. ERK was not reactivated. Instead, they found that a parallel pathway, governed by the enzyme PAK, was energized.

"We found not only was PAK activated in many patients, but also PAK's downstream targets," senior author said.

Treating cells resistant to combination therapy with a PAK inhibitor reduced their ability to grow. When the researchers did the opposite, turning on a PAK protein in a metastatic melanoma cell line, they found the cells became even more resistant to inhibitors of the MAPK pathway.

PAK proteins allow melanoma to thrive through their action on a few different pathways, both encouraging cell cycle progression and inhibiting apoptosis, a form of cell death, the researchers found.

Interestingly, cancer researchers had previously attempted to block PAK as an anti-tumorigenic strategy in the past, only to find it didn't seem to do anything to stop melanoma progression.

"It seems it is only when the ERK pathway is inhibited that PAK becomes 'awake,'" senior author said. "Then you can apply the PAK inhibitor and see an effect."