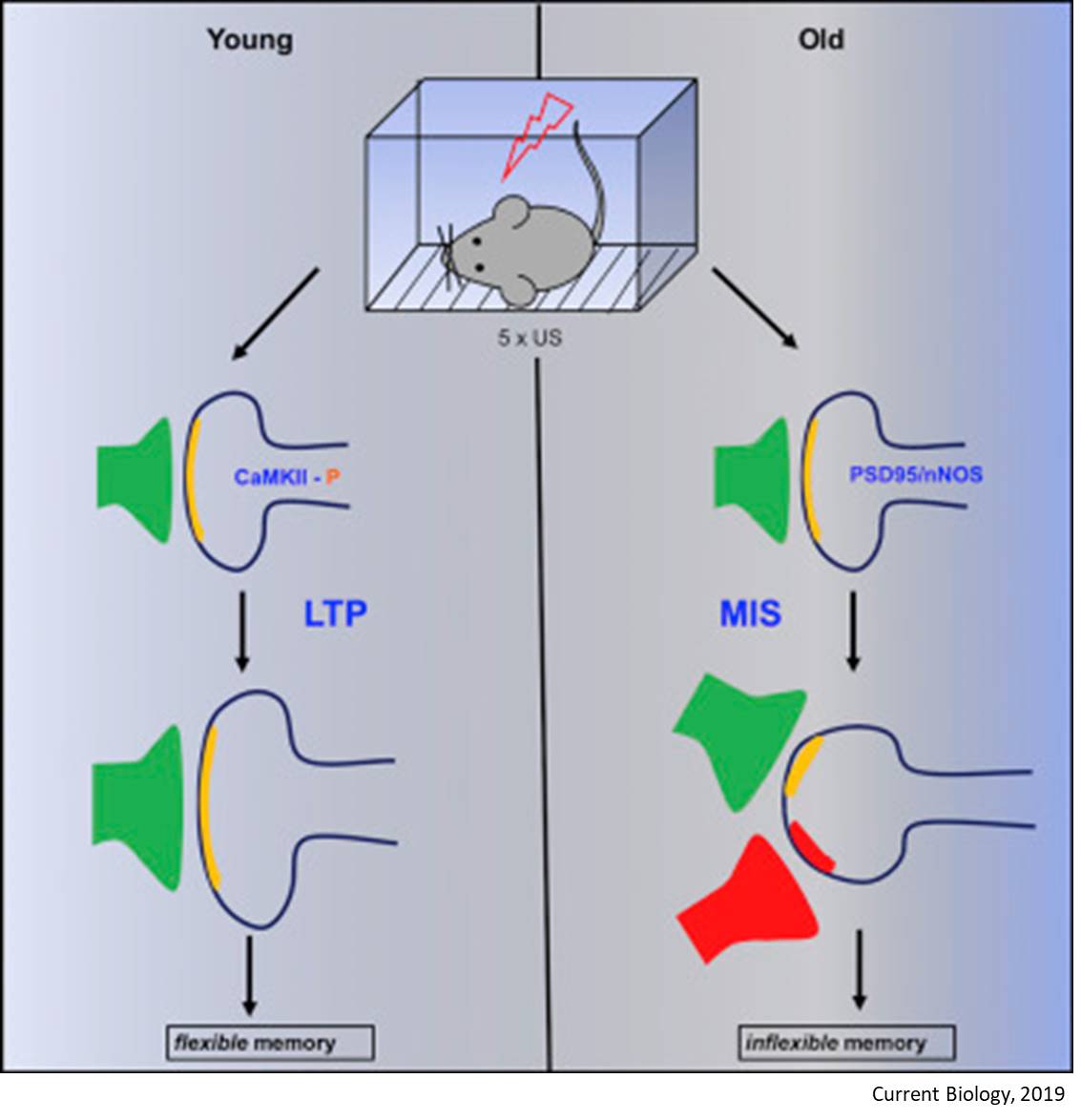 New research could help explain why memory in old age is much less flexible than in young adulthood. Through experiments in mice the researchers discovered that there were dramatic differences in how memories were stored in old age, compared to young adulthood. These differences, at the cellular level, meant that it was much harder to modify the memories made in old age.

Memories are stored in the brain by strengthening the connections between nerve cells, called synapses. Recalling a memory can alter these connections, allowing memories to be updated to adapt to a new situation. Until now researchers did not know whether this memory updating process was affected by age.

The researchers trained young adult and aged mice in a memory task, finding that the animals' age did not affect their overall ability to make new memories. However, when analysing the synapses before and after the memory task, the researchers found fundamental differences between older and younger mice.

New memories were laid down via a completely different mechanism in older animals compared to younger ones. Further, in older mice the synaptic changes linked to new memories were much harder to modify than the changes seen in younger mice.

The basic biological processes for laying down memories is shared by mammals, so it is likely that memory formation in humans follows the same processes discovered in mice.

Lead researcher said: 'Our results give a fundamental insight into how memory processes change with age. We found that, unlike in the younger mice, memories in the older mice were not modified when recalled. This 'fixed' nature of memories formed in old age was directly linked to the alternative way the memories were laid down, which our research revealed.'

'Until now it was thought that older people should be able to form memories in just the same way as younger people, so overcoming memory problems would simply involve restoring this ability,' added the author. 'However, our results suggest this is not true, and that there is an important biological difference in how memories are stored in old age compared to young adulthood.'

The results may have implications for conditions where memory recall is a problem, such as post-traumatic stress disorder (PTSD). The author suggests that ageing should be taken into consideration when treating patients with PTSD, since confronting and modifying traumatic memories is a core feature of some psychological treatments such as trauma-focused cognitive behavioural therapy.

The study is published in the journal Current Biology.