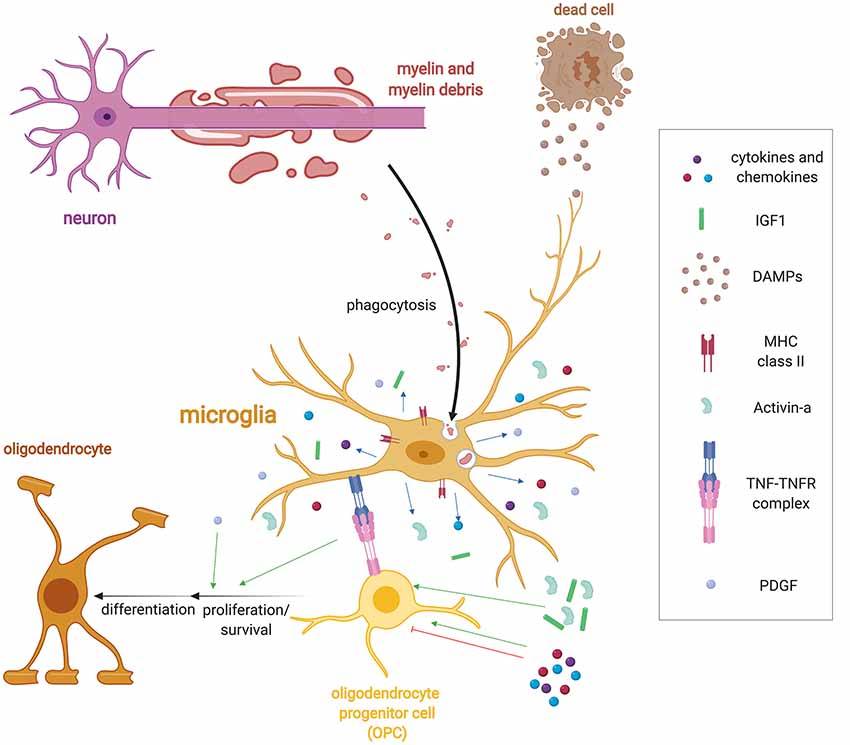 Researchers have identified how specific brain cells interacting during development could be related to neurological and neuropsychiatric diseases, including some that occur later in life.

Brain function depends on the precise formation of millions of connections between specific brain cell types, including neurons and glial cells. The scientists studied how a type of connection, called myelination, functions between specific cell types and how the body's nervous system removes excess connections. Details of their research are outlined in an article published, in the journal Nature Neuroscience.

The team found that microglia, which are the brain's population of immune cells that defend against infection throughout life, also play an essential role in regulating myelination. Myelination is a connection process formed between electrically active neurons and a glial cell type called oligodendrocytes. Oligodendrocytes wrap the long axons of neurons with segments of fatty myelin membrane to insulate them, which increases the speed brain signals are sent.

The process of how the nervous system removes incorrect myelin segments, or sheaths, is unknown.

In their study, the researchers observed that microglia extend within myelinated tracts of the nervous system and examine individual myelin sheaths, removing some of them by phagocytosis, or cellular "eating." Furthermore, the amount of myelin that microglia ate depended on neuronal activity, suggesting that microglia may listen to neurons to determine whether to remove myelin.

Understanding myelin is important because myelin abnormalities are a hallmark of numerous neurological and neuropsychiatric diseases, including Alzheimer's disease, schizophrenia, and autism spectrum disorder.

These newly reported data raise the possibility that microglial dysfunction, even early in development, could set the stage for later disease emergence and progression by altering myelination.

"Learning how microglia, oligodendrocytes, and neurons work together to build a functional nervous system could ultimately help our understanding of how these cells interact in diseases of development or aging and may influence strategies for myelin repair," the senior author said.

Vasomotion is critical in clearing amyloid from the brain