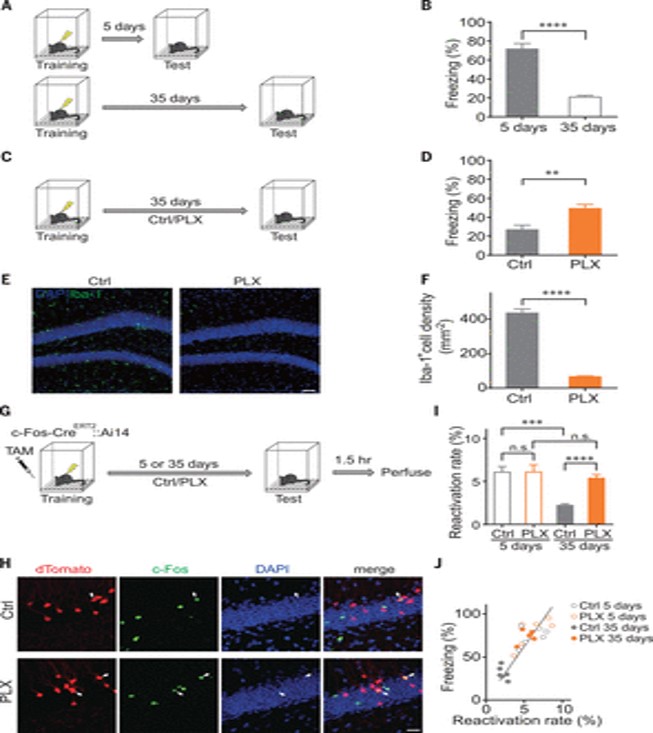 The ability to forget our memories - for better or worse - is dependent on microglia and their inclination to weaken and eliminate the synapses connecting engram neurons, according to a new study in mice. The findings - which answer questions about whether microglia, known to be active in brain development, also affect forgetting later in life - present an important mechanism underlying memory erasure and may help aid our understanding of forgetting and amnesia.

It's thought that our brains encode and store memories in engrams - neuronal ensembles stitched together by dynamic synaptic circuits. Reactivation of engrams by way of these synaptic connections allows us to recall specific memories; failure to reactivate an engram results in losing the related memory.

Synaptic connections in the brain are highly dynamic. Rewiring of synaptic circuits could contribute to the loss of previously formed memories by weakening or severing the networks connecting engram cells.

Microglia - the brain's resident macrophage cells - are responsible for trimming excessive synapses during brain development and in regulating the dynamics of synapses throughout life. However, it's unknown if microglial activity also regulates forgetting and memory erasure in the adult brain.

The researchers observed and manipulated microglia and engram cells in the healthy brains of memory-trained mice to reveal their role in regulating forgetting. Depleting microglia or inhibiting their activity prevented forgetting, the authors showed.