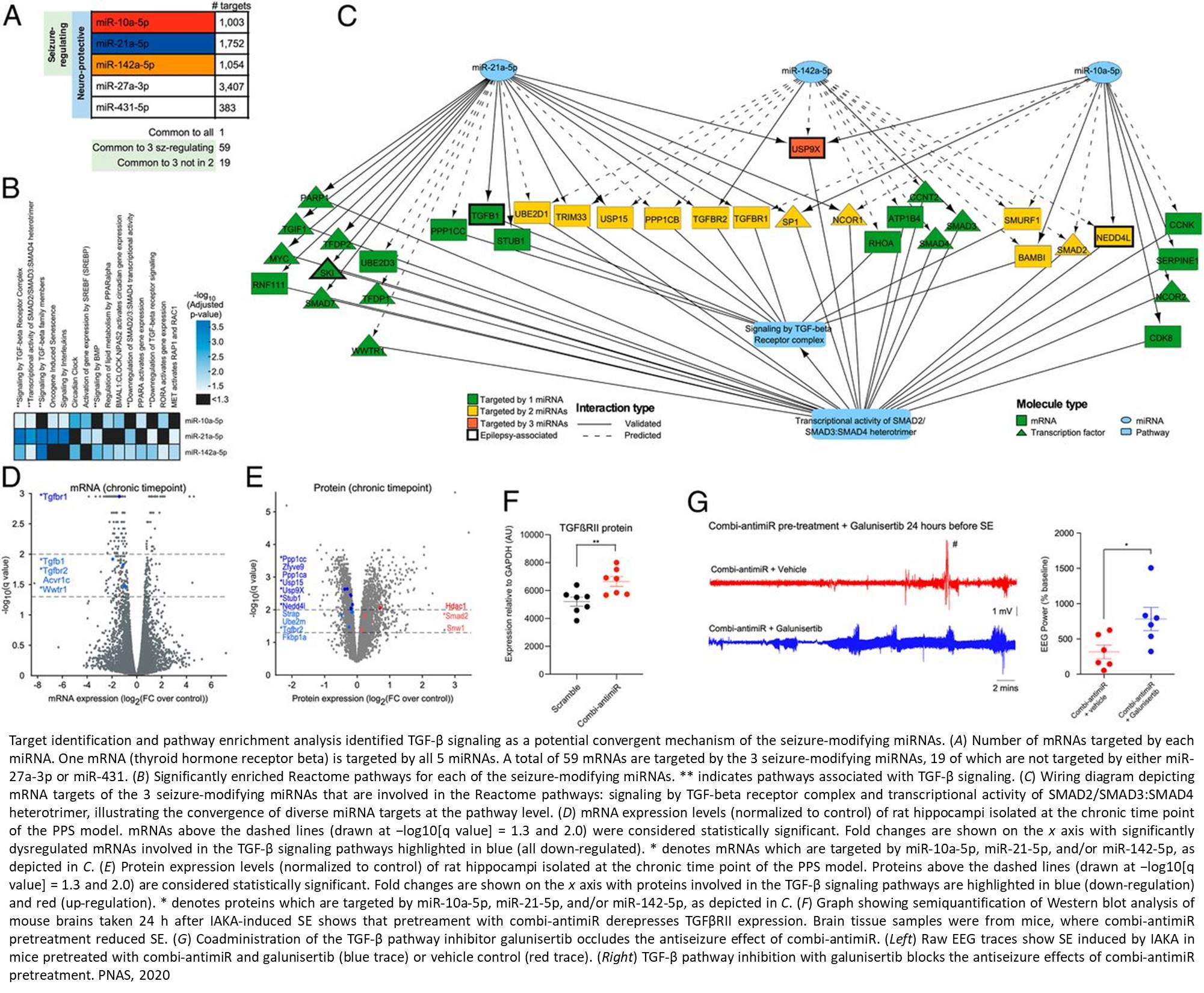 A major international study has uncovered three molecules that have the potential to be developed into new drugs to treat epilepsy. The findings are an important step towards discovering new drugs for people with epilepsy whose seizures cannot be controlled with current treatments.The research is published in the Proceedings of the National Academy of Sciences (PNAS) USA.

In one of the largest sequencing projects of its kind, researchers identified and measured levels of over a billion strands of microRNAs, small molecules that control gene activity in the brain, to investigate if they were changed in epilepsy. They discovered a small set of microRNAs which were always elevated in epilepsy and designed drug-like molecules, synthesized by chemists from the group, to target these. Three of the synthetic molecules were found to stop seizures in preclinical tests.

Computer simulations demonstrated how the potential treatments influenced molecule networks inside brain cells by changing the inflammatory response, part of the brain's immune system which is thought to contribute to seizures.

Antiseizure phenotypes were observed upon knockdown of miR-10a-5p, miR-21a-5p, and miR-142a-5p and electrophysiological analyses indicated broad safety of this approach. Combined inhibition of these three microRNAs reduced spontaneous seizures in epileptic mice.

Proteomic data, RNA sequencing, and pathway analysis on predicted and validated targets of these microRNAs implicated derepressed TGF-β signaling as a shared seizure-modifying mechanism. Correspondingly, inhibition of TGF-β signaling occluded the antiseizure effects of the antagomirs.

"Our approach to drug discovery has led us to new types of molecules that can be targeted to prevent seizures with hopefully fewer side effects." said the Co-Lead Author. "Currently, most drugs used to treat epilepsy work by blocking the signals brain cells use to communicate. This results in many of the side effects experienced by people with epilepsy."

Epilepsy is one of the most common chronic brain diseases, affecting over 40,000 people in Ireland and 65 million people worldwide. People with epilepsy are prone to repeated seizures, but for the majority of people, these can be well controlled. There are more than 20 medicines available to prevent seizures in people with epilepsy, but progress has slowed in recent years and new treatments offer little benefit over those that have been around for decades.

"By characterising and targeting an entire new class of molecules in epilepsy, we hope to develop novel and innovative treatment strategies for temporal lobe epilepsy." said another Co-Lead Author of the paper. "This is an important step closer to fulfilling the urgent and unmet clinical needs for the one third of people whose seizures are resistant to currently available drugs."

Senior author on the study  said: "The project is a great example of team science, where groups with different areas of expertise combine to create innovative solutions that keep people with epilepsy as the central focus. The discoveries here may be just the tip of the iceberg for new strategies in the treatment of epilepsy. I'm optimistic this can be translated to the clinic."