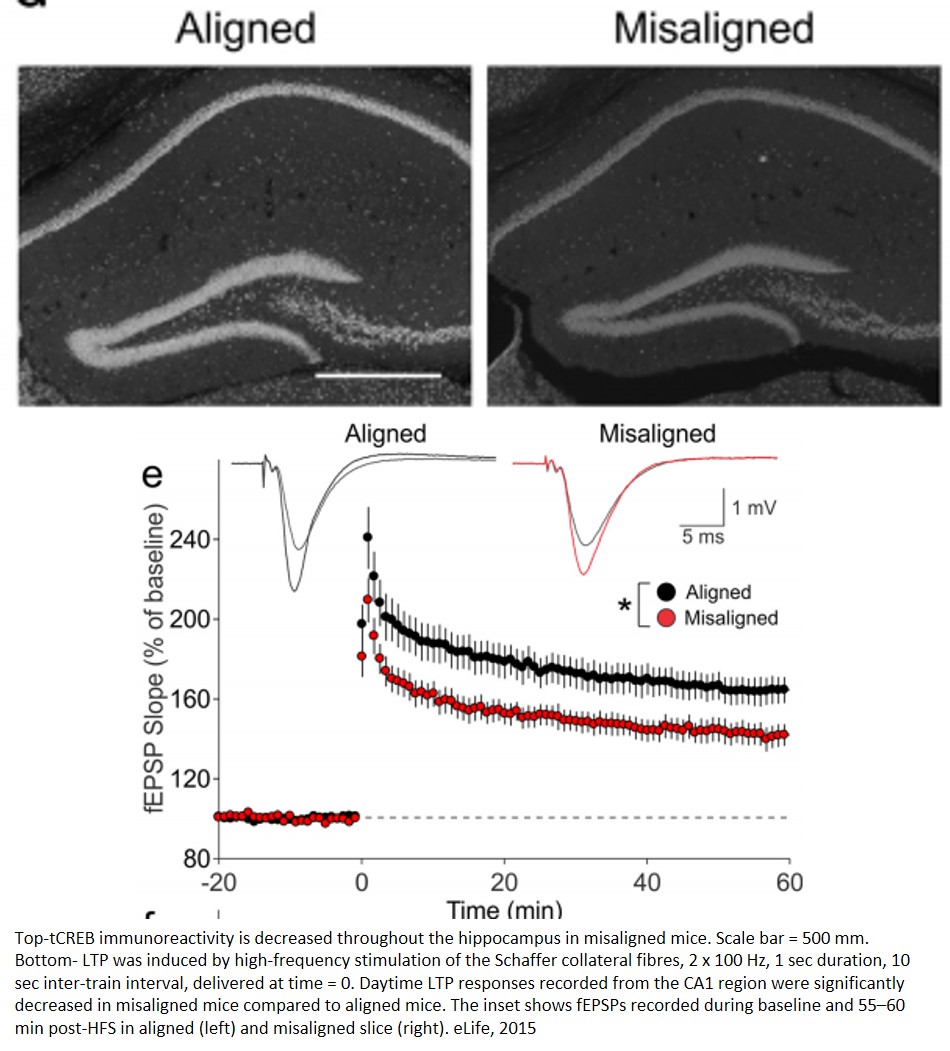 Eating at times normally reserved for sleep causes a deficiency in the type of learning and memory controlled by the hippocampal area of the brain, according to findings in the journal eLife.

The researchers stress that their findings have not been confirmed in humans, but highlight the fact that shift workers have been shown to perform less well on cognitive tests.

Researchers became interested in the cognitive effects of eating at inappropriate hours because it is already known to have an impact on metabolic health, for example leading to a pre-diabetic state.

The current study shows that some learned behaviours are more affected than others. The team tested the ability of mice to recognise a novel object. Mice regularly fed during their sleep-time were significantly less able to recall the object. Long-term memory was also dramatically reduced, demonstrated during a fear conditioning experiment.

During an experience, nerve impulses are activated along specific pathways and, if we repeat the experience, the same pathways increase in strength. However, this effect was reduced when food was made available to mice during a six-hour window in the middle of their normal sleep time instead of a six-hour daytime window when the mice were active.

Some genes involved in both the circadian clock and in learning and memory are regulated by a protein called CREB (cAMP response element-binding protein). When CREB is less active, it decreases memory, and may play a role in the onset of Alzheimer's disease. In the mice fed at the wrong time, the total activity of CREB throughout the hippocampus was significantly reduced, with the strongest effects in the day.

However, the master pacemaker of the circadian system, the suprachiasmatic nucleus located in the hypothalamus, is unaffected. This leads to desynchrony between the clocks in the different brain regions (misalignment), which the authors suggest underlies the memory impairment.
"For the first time, we have shown that simply adjusting the time when food is made available alters the molecular clock in the hippocampus and can alter the cognitive performance of mice" author said.

Eating at the wrong time also disrupted sleep patterns. The inappropriate feeding schedule resulted in the loss of the normal day/night difference in the amount of sleep although the total time spent asleep over 24 hours was not changed. Sleep became fragmented, with the mice catching up on sleep by grabbing more short naps throughout the day and night.