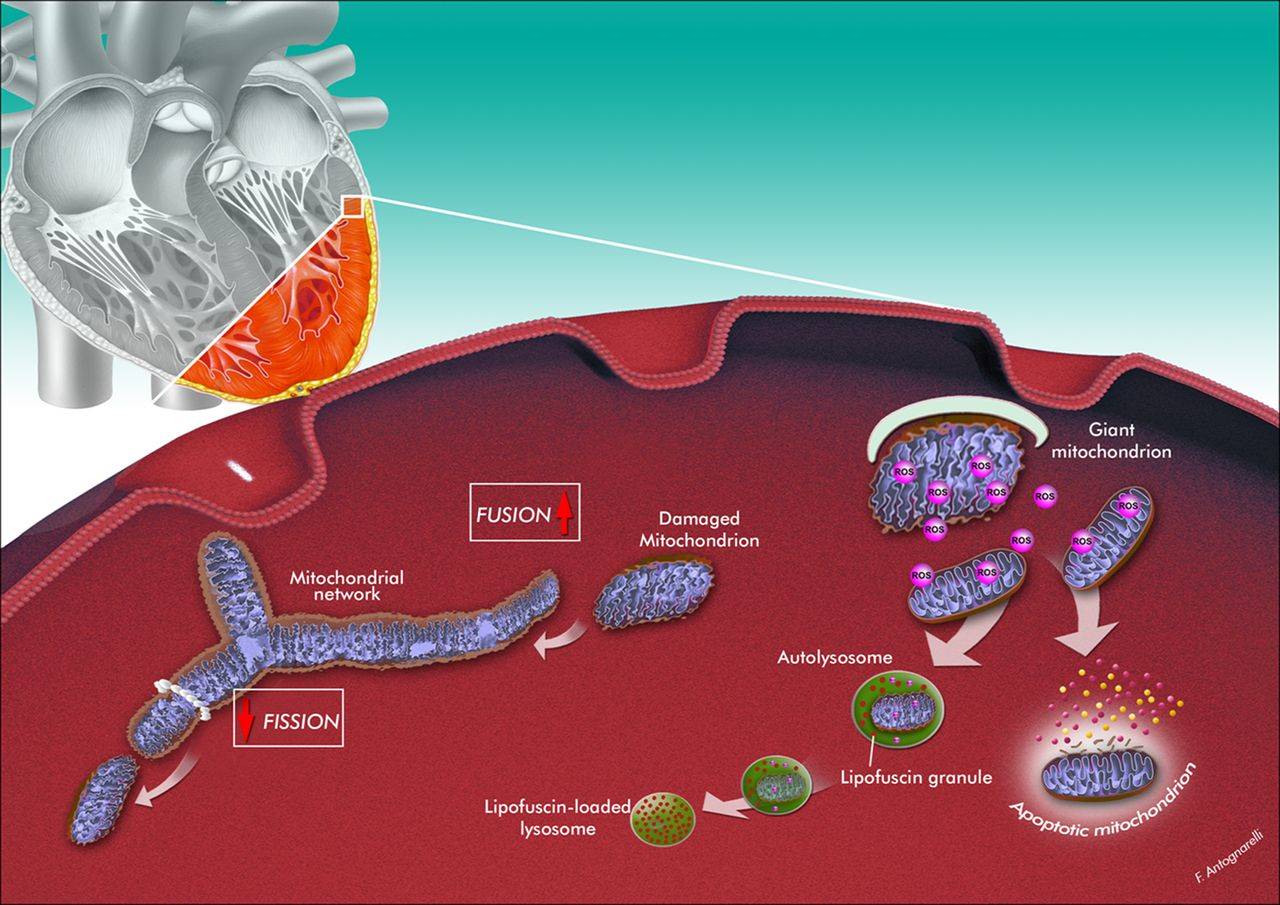 Johns Hopkins researchers report that the level, or "copy number," of mitochondrial DNA--genetic information stored not in a cell's nucleus but in the body's energy-creating mitochondria--is a novel and distinct biomarker that is able to predict the risk of heart attacks and sudden cardiac deaths a decade or more before they happen.

In the future, testing blood for this genetic information could not only help physicians more accurately predict a risk for life-threatening cardiac events, but also inform decisions to begin--or avoid--treatment with statins and other drugs.

The two studies, one on cardiovascular disease published in JAMA Cardiology  and the other focused on sudden cardiac death and published in the European Heart Journal  earlier this year, revealed that including the mitochondrial DNA copy number improved the accuracy of currently used clinical measures for a patient's risk of a deadly cardiac event. In short, the lower the copy number, the higher the risk.

"We believe the mitochondrial DNA copy number is a novel risk factor for cardiovascular disease, in addition to known predictors like LDL, total cholesterol and blood pressure, and it adds sensitivity and specificity to whether or not you should be taking a statin," says the senior author.

To study the role of the mitochondrial DNA copy number as an effective predictor of cardiovascular disease, the team collected genetic data from 21,870 participants compiled through some of the nation's largest and longest-running cardiovascular study groups. The researchers measured the mitochondrial DNA levels relative to nuclear DNA levels, and then added that value as a risk factor to the American College of Cardiology/American Heart Association's Heart Risk Calculator.

"The general recommendation is that if your risk is above 7.5 percent, you should start taking preventative medications," says the senior author.

"Essentially, our study told us that you can probably safely take 139 people off of the drug who would have been prescribed it and that six people who weren't recommended the drug should really be on it," says the author. "This is important because though statins are great drugs and they clearly lower the risk of heart disease, there are side effects and costs associated with taking them, including muscle pain, liver damage and neurological effects."

In addition to improving the predictive value of the Heart Risk Calculator, the second study adds evidence that the mitochondrial DNA copy number also appears to be predictive of sudden cardiac death.

"Having mitochondrial DNA as a potential biomarker is very useful because we can use it to develop tools that accurately identify the groups that are at risk," says the author.

However, authors say that further research is needed before mitochondrial DNA can be clinically used to predict risk for sudden cardiac death: "Our measurements were all relative within the study group. In order to build a clinical test that works for everyone, we need a standard for what constitutes a 'healthy' amount of mitochondrial DNA and that standard may vary across different populations and age groups."

Sudden cardiac death occurs when the heart suddenly and unexpectedly stops beating and is usually fatal if not treated within minutes. Researchers predict that 200,000-450,000 people suffer an event in the U.S. annually. It's not a blockage like a traditional heart attack - though it is often triggered by one - but a malfunction in the electrical signals that allow the heart to beat normally. For this reason, it's often difficult or impossible to predict.

"Essentially two out of every three people who experience sudden cardiac death show no symptoms that could have warned their physician of their risk," says the author. "That is why our group fervently looked for genetic markers to identify those people at higher risk."

The researchers do not yet know what specific cellular responses and signals are responsible for changes in the mitochondrial DNA copy number. "It's a promising biomarker, but we need to learn how it is actually functioning to determine if it is causal," says the author.

Levels of mitochondrial DNA have been implicated in many types of cancer as well as overall frailty and mortality. "We know that a lot of diseases correlate with each other, such as diabetes and arthrosclerosis," says the author. "It would not surprise me if we found that these markers tie into many phenotypes. It seems that if you don't have enough mitochondria, a lot of bad things can happen."