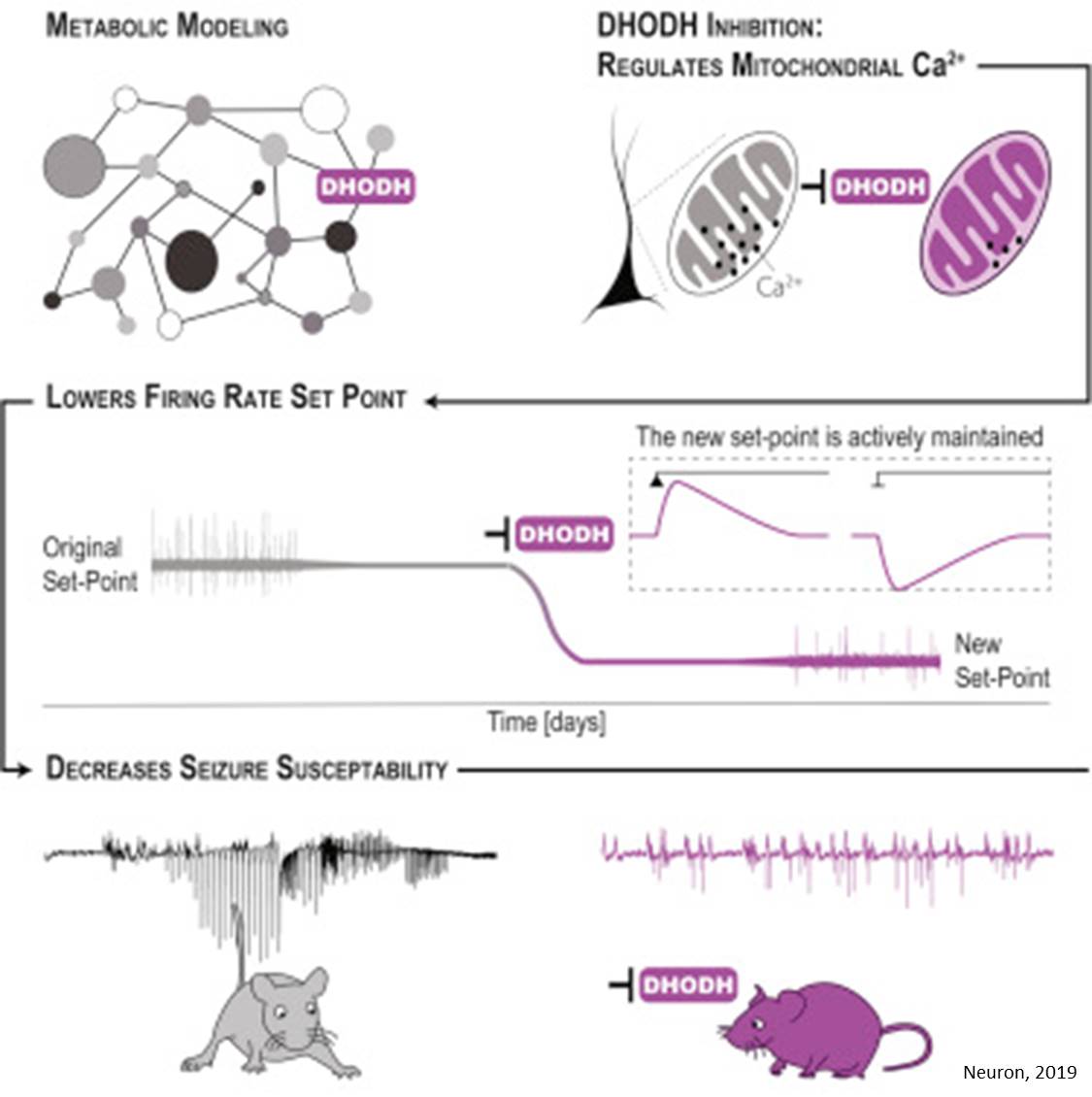 A drug commonly used to treat multiple sclerosis may, after necessary modifications, one day be used to treat patients with epilepsy, researchers have discovered. This is good news for patients with Dravet syndrome, one of the most dangerous forms of childhood epilepsy, for which there is currently no effective treatment.

According to a new study published in Neuron, researchers uncovered a piece of a puzzle that has eluded scientists for 100 years of studying homeostasis: What is the mechanism that maintains activity set points in neural circuits?

While it is well-understood that the brain functions in a narrow range of activity between status epilepticus and coma, how neural circuits maintain stable activity in a constantly changing environment has remained unknown.

"The concept of homeostasis has a long history in physiology, starting from the work of Claude Bernard in the middle of 19th century on the stability of the milieu interior. In the middle of 20th century, James Hardy proposed a model in which homeostatic mechanisms maintain physiological variables with an acceptable range around a 'set point' value. However, the research of neuronal homeostasis began only 25 years ago, and we still don't understand how it works," explains the senior author. "What we have found is a homeostatic mechanism that acts as a sort of a thermostat of the neural circuits, which ensures the return to a set point after each event that increases or decreases brain activity.

"Our findings may serve as a basis for the development of drugs for a range of neurological and neurodegenerative diseases such as Alzheimer's and Parkinson's, which, like epilepsy, are characterized by instability of brain activity."

Epilepsy is characterized by significant changes in the brain's metabolic activity. To characterize these metabolic changes, authors plugged the genetic information of epilepsy patients gleaned from published databases into a computational metabolic model developed in lab to identify the genes that transform the epileptic disease metabolic state back to a healthy one.

"The leading prediction of metabolic modeling was dihydroorotate dehydrogenase (DHODH) gene, which is localized in the mitochondria, serving as the cell's source of energy," says the senior author. "Our data suggest that DHODH inhibition by the drug Teriflunomide, approved for multiple sclerosis treatment due to its immunosuppressive actions in the blood, resulted in a stable inhibition of neuronal activity, without impairing compensatory mechanisms to activity-dependent perturbations."

The computational analysis indicates that DHODH plays a major role in the metabolic condition created by the ketogenic diet -- a fat- and protein-rich, carbohydrate-poor diet, which has been effective in reducing the incidence of epileptic seizures.

In a series of experiments on healthy brain cells in vitro, authors found that Teriflunomide significantly inhibited neuronal activity irrespective of its immunosuppressive effects. They later discovered an interesting phenomenon: If you leave the drug in neural networks for several days, the inhibition becomes permanent, without any sign of expected compensation.

"This could be due to impairments of the compensatory mechanisms or changing the set point value itself," explains the senior author.

To test this hypothesis, authors examined the response of neurons to perturbations that increase or decrease neural activity in the presence of Teriflunomide.They found that homeostatic mechanisms are still active under DHODH inhibition, yet are tuned to a new, lower set point. "These results highlight DHODH as a bona fide regulator of activity set point," explains the senior author.

The authors studied the effect of Teriflunomide on two mouse models of epilepsy: an acute model that causes immediate epileptic seizures and a chronic genetic model of Dravet syndrome that causes severe epilepsy in children. Because the oral Teriflunomide poorly penetrates the brain, they examined the possibility of injecting it directly into the brains of the mice. The findings were highly encouraging: Both models showed a return to normal brain activity, along with a dramatic decrease in the severity of epileptic seizures. Notably, the drug rescued calcium overload in the mitochondria, a hallmark of epilepsy and many neurodegenerative diseases. Modification of Teriflunomide and development of new DHODH inhibitors with improved blood-brain-barrier permeability is urgent for drug-resistant epilepsy patients.

"We have discovered a new mitochondrial mechanism responsible for regulating brain activity in the hippocampus, which may serve as a basis for the development of novel antiepileptic drugs by lowering dysregulated set points," concludes Prof. Slutsky. "Drugs based on this new principle may give hope to 30 to 40 percent of epilepsy patients, who are not responding to existing therapies, including children with Dravet syndrome, about 20 percent of whom die from the disease. We are currently examining whether failure in activity set point regulation exists in Alzheimer's disease. If so, it may provide a new conceptual way to treat memory disorders."