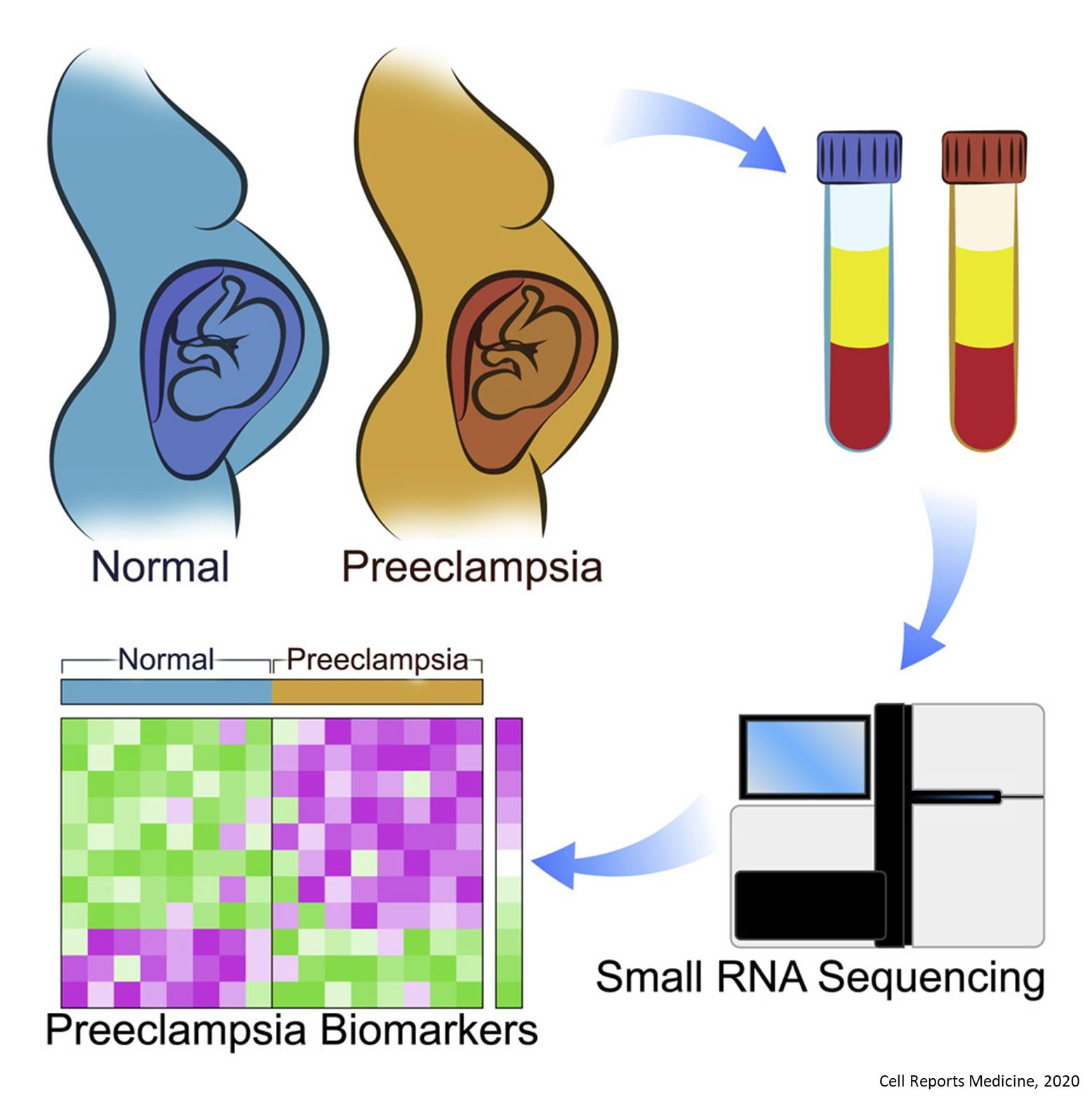 Small non-coding RNA molecules, called microRNAs (miRNAs), found and measured in the blood plasma of asymptomatic pregnant women may predict development of preeclampsia, a condition characterized by high blood pressure and abnormal kidney function that affects roughly 5 to 8 percent of all pregnancies. Preeclampsia is responsible for a significant proportion of maternal and neonatal deaths, low birth weight and is a primary cause of premature birth.The findings are reported in the journal Cell Reports Medicine.

"The ability to identify pregnancies at high risk for developing preeclampsia would be of great value to patients and their doctors to better personalize prenatal care," said senior author. "This would enable prompt detection and optimal management of pregnancies that develop preeclampsia. And the information could be used to better identify participants for research studies testing preventive therapies."

Preeclampsia is a common and serious complication of pregnancy. It is estimated to be the cause of 15 percent of preterm births and 14 percent of maternal deaths worldwide. Symptoms of preeclampsia -- most notably hypertension, but also sudden weight gain, swelling, severe headaches, abdominal pain and nausea -- appear during the second half of pregnancy, though the senior author said studies suggest the disorder is caused by problems with placental development early in pregnancy. Delayed diagnosis and suboptimal management of preeclampsia typically results in poorer outcomes for mother and child.

The new study involved 141 subjects (49 cases, 92 controls) in the discovery cohort and 71 subjects (24 cases, 47 controls) in a separate verification cohort. Researchers found that two single-miRNA biomarkers (univariate) and 29 two-miRNA (bivariate) biomarkers measured in the serum of asymptomatic pregnant women between 17 and 28 weeks of pregnancy were able to predict later onset of preeclampsia.

The senior author said the next step will be to validate these miRNA biomarkers in a large independent pregnancy cohort, with the ultimate goal of developing a clinical test for screening women early in pregnancy for increased risk of preeclampsia.