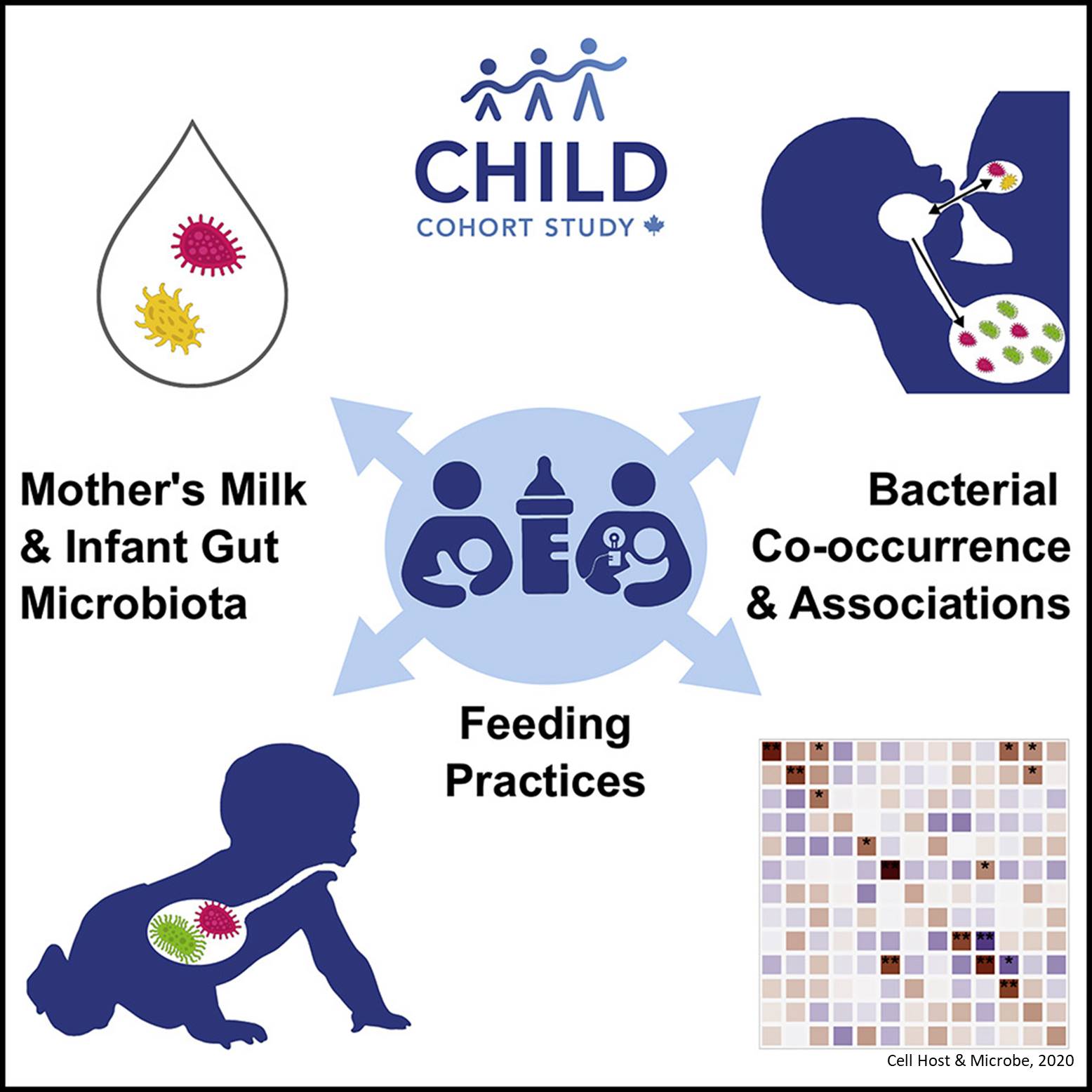 A new study by researchers has found that bacteria are shared and possibly transferred from a mother's milk to her infant's gut, and that breastfeeding directly at the breast best supports this process.

The research, published in Cell Host & Microbe, found that certain bacteria, including Streptococcus and Veillonella, co-occur in mothers' milk and their infants' stool, and this co-occurrence is higher when infants nurse directly at the breast.

According to the researchers, this is the first study to evaluate the association of multiple breast milk feeding practices (mode, exclusivity, and duration), milk bacteria, and milk components with infant gut microbiota composition at multiple time points in a baby's first year.

The researchers analyzed the microbiome of infants' stool and their mothers' breast milk using 16S rRNA sequencing, a technique used to identify, classify and determine the abundance of microbes.

The 1,249 mother-baby pairs involved in the research are participating in the CHILD Cohort Study (CHILD), a world-leading birth cohort study in maternal, newborn and child health research. The findings build upon previous CHILD research that showed pumping breast milk is associated with differences in both milk microbiota composition and infant health.

"Uniquely, our study showed that while breast milk and the infant gut have distinct microbiota compositions, there are a few commonly shared bacteria that were more prevalent and abundant in breast milk of mothers who only nursed directly at the breast, while other bacteria showed dose-dependent associations with exclusive breastfeeding," said the study's other senior co-author.

"These results advance the hypothesis that breast milk may act as an incubator that enriches, protects and transports certain bacteria to a baby's intestinal tract and this may give us clues about which bacteria could make good probiotics since they appear to withstand the trip to the baby's gut," Finlay added.