Mom's in control – even before you're born 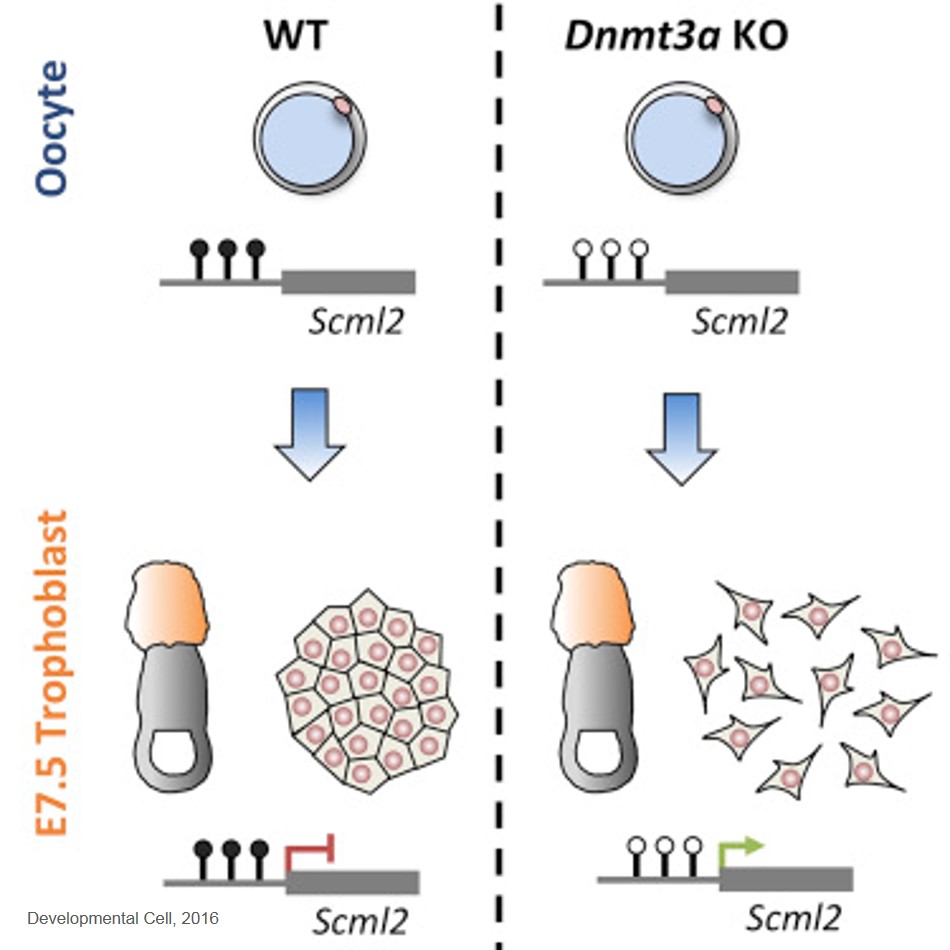 Researchers have uncovered previously unappreciated means by which epigenetic information contained in the egg influences the development of the placenta during pregnancy. The research, which was performed in mice, indicates that a mother’s health, even before conception, may influence the health of her fetus, and opens questions on how a mother’s age may influence placental development.

Epigenetic information is not encoded within the DNA sequence but is critical for determining which genes are on or off. One of the ways this is achieved is via DNA methylation, a biological process where the DNA is chemically tagged to silence genes. DNA methylation marks are laid down in each egg during their development in the ovaries and, after fertilization, some of these marks are passed onto the fetus and placenta.

In exploring the purpose of this maternal information in fetal development, focus so far has been on a small number of genes termed ‘imprinted genes’. However, there are nearly one thousand other genomic regions where methylation in the egg cell is passed onto the early embryo. The researchers set out to explore the importance of this type of methylation on the development of the placenta, a vital organ in pregnancy, and their findings are presented in the latest issue of the journal Developmental Cell.

By using mice in which methylation of the egg’s DNA had been blocked, the researchers found that DNA methylation occurring during the development of the egg was essential for correct placental development. In particular, the research identified several genes regulated by methylation in the egg that are involved in cell adhesion and migration – both vital properties for cells of the developing placenta in establishing connections with maternal tissues to support embryo development.