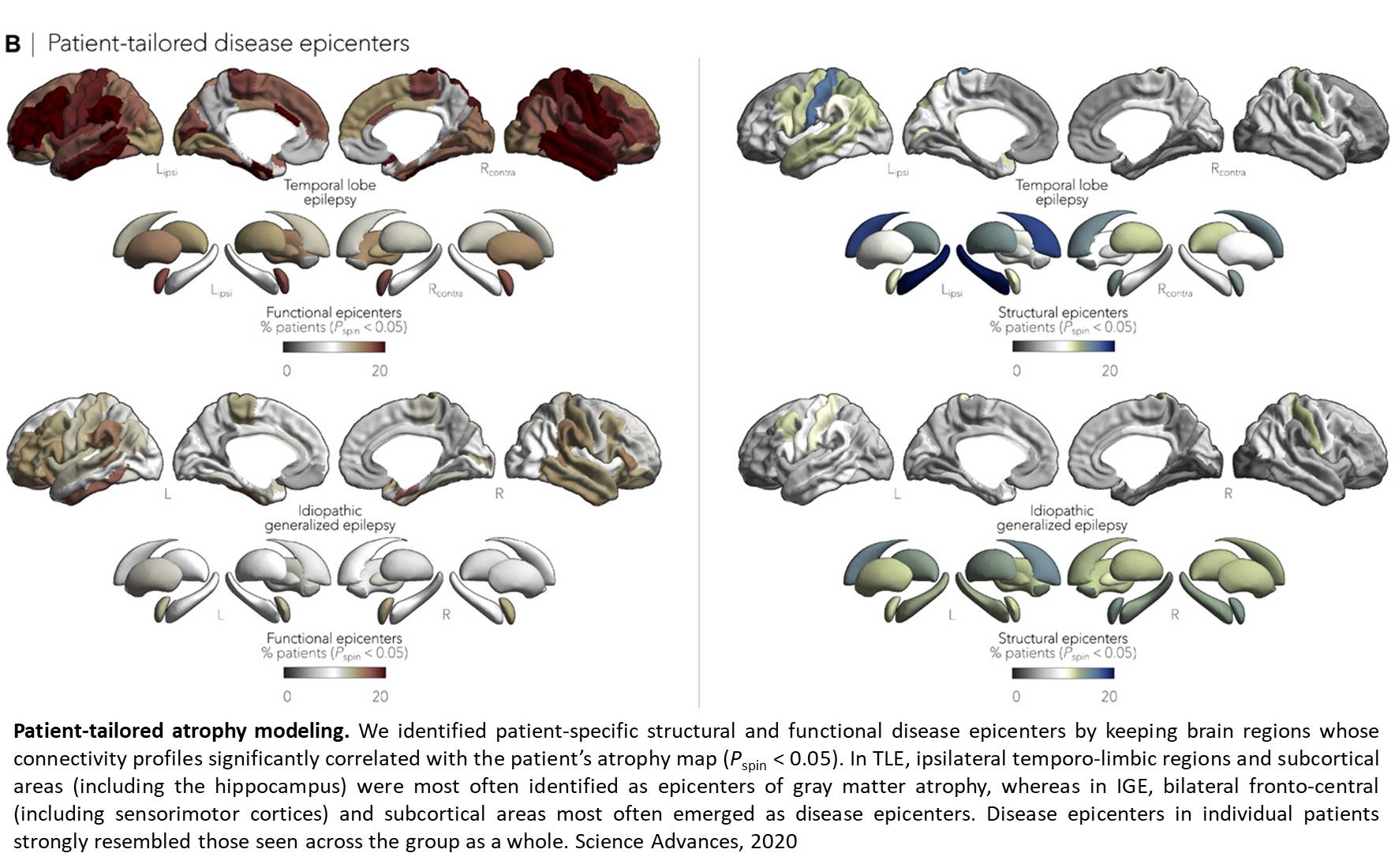 An international study has found a link between the brain's network connections and grey matter atrophy caused by certain types of epilepsy, a major step forward in our understanding of the disease.

In neuroscience, it is becoming increasingly clear that the brain's connectome is as important as its anatomy when studying human disease. The connectome is a map of neural connections that describes how brain regions interact and work together to perform certain tasks. While connectome research in epilepsy has moved forward in recent years, there is still a lot we do not know about its role in the disorder.

The study analyzed data from 1,021 individuals with epilepsy and 1,564 healthy controls over 19 sites around the world from the ENIGMA database, a collection of neuroimaging data available to researchers under Open Science principles. They used this data to map grey matter atrophy, a characteristic of epilepsy, in the patients.

They then collected data from another database called the Human Connectome Project, which provides connectome data from a large group of healthy controls. Their hypothesis was that grey matter atrophy would appear most often in parts of the brain where connectivity was highest, known as hubs.

"Hub regions are known to participate in brain signalling, have high plasticity, and high metabolic activity, making them a candidate for epilepsy-related atrophy," says the the study's lead author.

The team found that areas of high atrophy in patients with both idiopathic generalized epilepsy and temporal lobe epilepsy also tended to be hub regions. Using further analyses, they were able to show their model could predict the damage the epilepsy did to the grey matter of individual patients over time.

"Our multi-site findings show that brain connectivity contributes to the effect that epilepsy has on whole brain structure," says the study's senior author. "This will be important to understand common functional deficits in individual patients and to assess the effect of the disease over time."