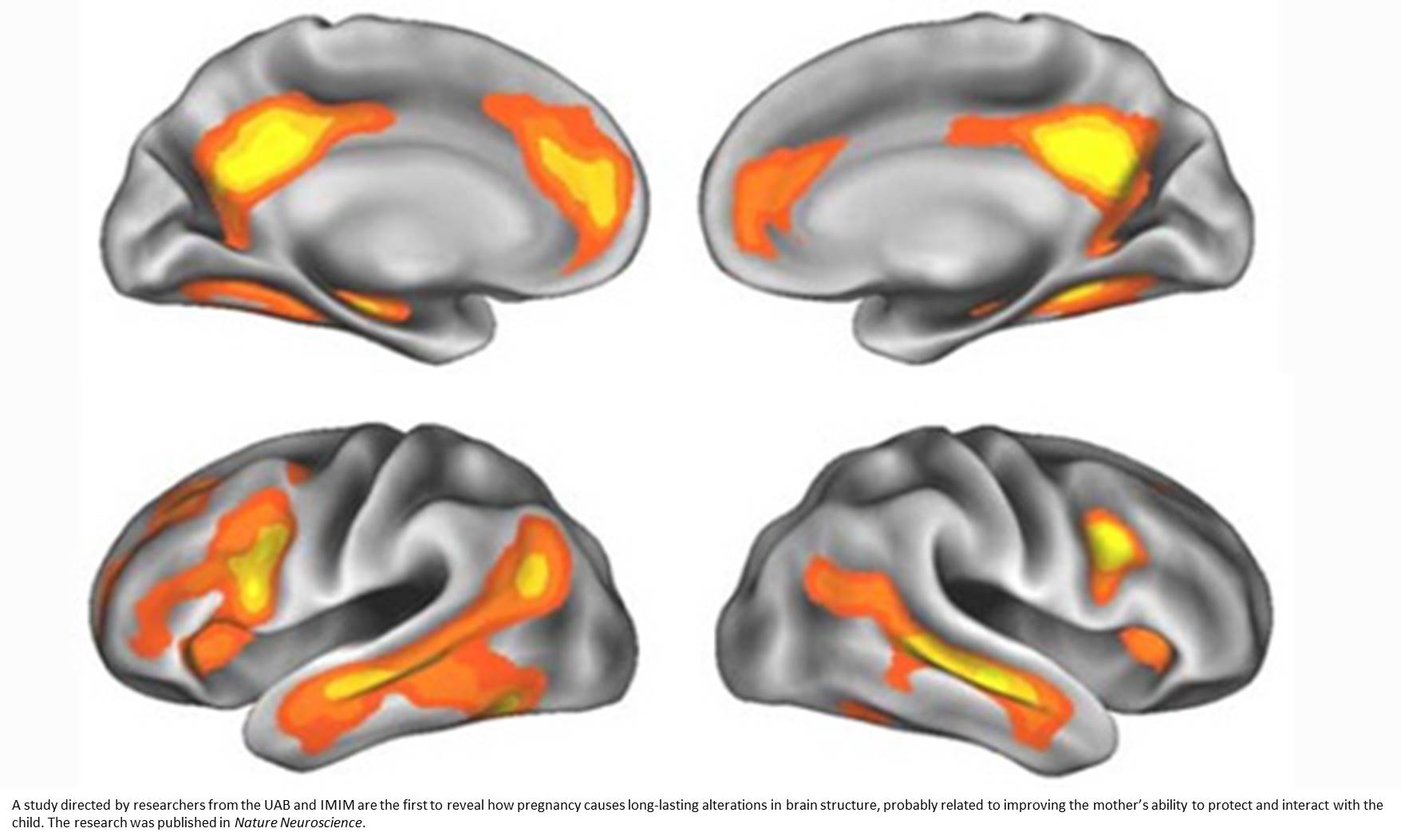 Pregnancy involves radical hormone surges and biological adaptations, but the effects on the brain are still unknown. In this study a team of researchers compared the structure of the brain of women before and after their first pregnancy. This is the first research to show that pregnancy involves long-lasting changes - at least for two years post-partum - in the morphology of a woman's brain.

Using magnetic resonance imaging, the scientists have been able to show that the brains of women who have undergone a first pregnancy present significant reductions in grey matter in regions associated with social cognition.

The researchers believe that such changes correspond to an adaptive process of functional specialization towards motherhood. "These changes may reflect, at least in part, a mechanism of synaptic pruning, which also takes place in adolescence, where weak synapses are eliminated giving way to more efficient and specialized neural networks", says, co-lead author of the article.

According to the other co-lead author, "these changes concern brain areas associated with functions necessary to manage the challenges of motherhood".

In fact, researchers found that the areas with grey matter reductions overlapped with brain regions activated during a functional neuroimaging session in which the mothers of the study watched images of their own babies.

In order to conduct the study, researchers compared magnetic resonance images of 25 first-time mothers before and after their pregnancy, of 19 male partners, and of a control group formed by 20 women who were not and had never been pregnant and 17 male partners. They gathered information about the participants during five years and four months.

The results of the research demonstrated a symmetrical reduction in the volume of grey matter in the medial frontal and posterior cortex line, as well as in specific sections of, mainly, prefrontal and temporal cortex in pregnant women. The analyses of the study determine with great reliability whether any woman from the study had been pregnant depending on the changes in the brain structure. They were even able to predict the mother's attachment to her baby in the postpartum period based on these brain changes.

The study took into account variations in both women who had undergone fertility treatments and women who had become pregnant naturally, and the reductions in grey matter were practically identical in both groups.

Researchers did not observe any changes in memory or other cognitive functions during the pregnancies and therefore believe that the loss of grey matter does not imply any cognitive deficits, but rather: "The findings point to an adaptive process related to the benefits of better detecting the needs of the child, such as identifying the newborn's emotional state. Moreover, they provide primary clues regarding the neural basis of motherhood, perinatal mental health and brain plasticity in general", says the author.