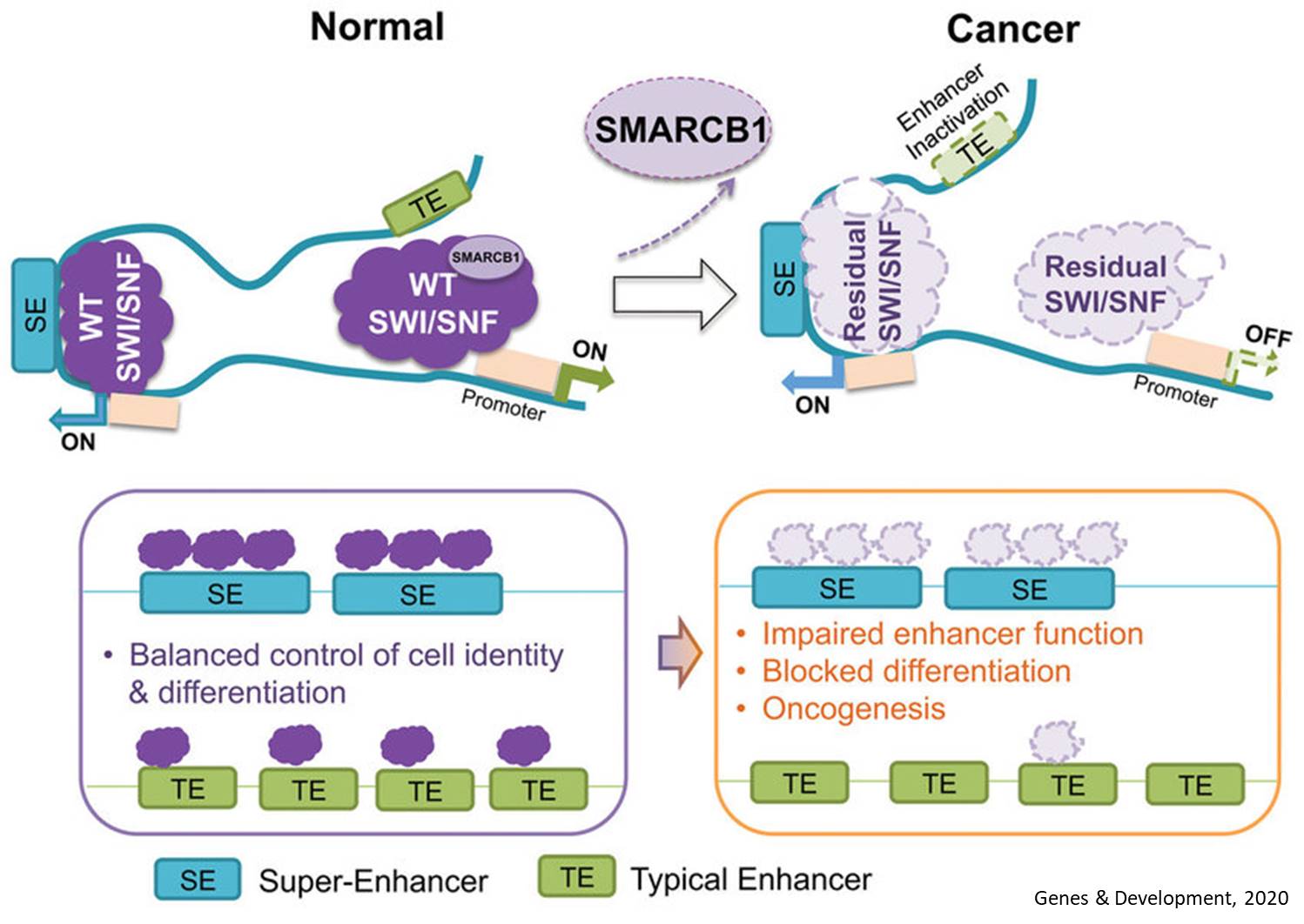 Atypical teratoid rhabdoid tumors (ATRT) are a rare, fast-growing form of brain cancer that usually strikes children three years and younger, though they can occur in older children and adults. There are multiple treatments, but no definitive standard of care and long-term survival is poor.

The cause of ATRT is primarily linked to inactivation of a gene called SMARCB1, part of a larger complex that helps regulate gene expression and developmental processes. In a study published in the journal Genes & Development, an international team of scientists describe how the loss of the gene negatively impacts neural development and promotes tumor growth.

“Previous research has established that, unlike some cancers, ATRT is predominantly associated with the functional loss of a single gene — SMARCB1 — which leads to tumor development through changes in how genes are expressed rather than the combined effect of multiple gene mutations,” said senior author.

“ATRT is a very deadly cancer with very few effective therapies, which are complicated by the negative effects of radiation upon the child’s cognitive development. We need targeted therapeutics and to create those, we need to better understand the mechanisms driving ATRT.”

The team prompted the loss of SMARCB1 in human induced pluripotent stem cells, then directed the iPSCs to develop into neurons or into cerebral organoids — complexes of diverse nerve cells and glia that mimic functional aspects of the developing brain in miniature.

In doing so, they identified an interaction between the loss of SMARCB1 and neural differentiation pressure, which resulted in both a resistance to final differentiation and a defect in maintaining normal cell health that showed similarity to patient tumors.

“With this new information in hand,” said the author, “our plan is to use our ATRT model and look for therapeutic targets that will cause these tumors to fully differentiate and therefore stop growing, which could prove to be an effective future therapy for ATRT.”