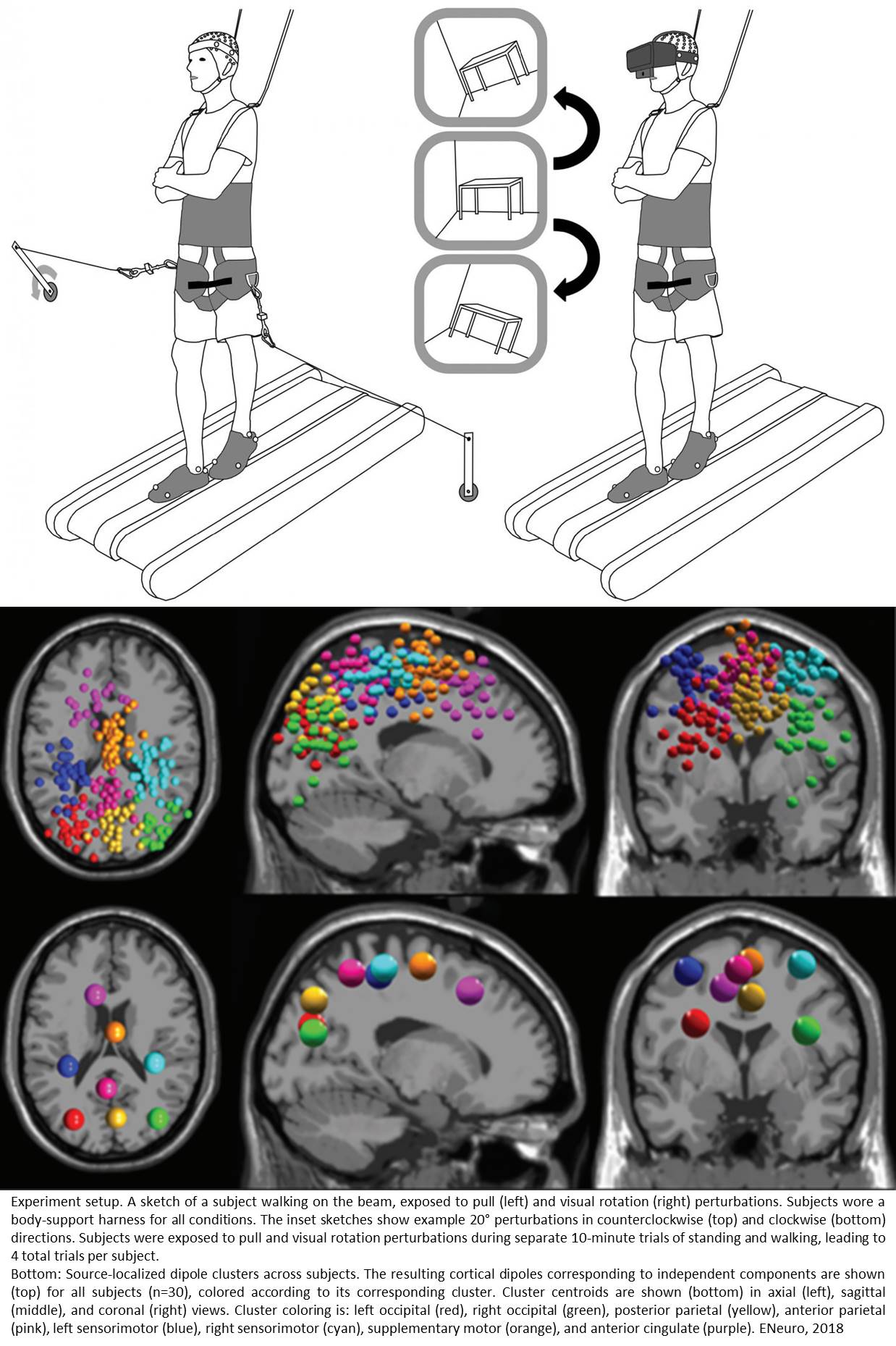 A study of young adults published in eNeuro demonstrates how the brain responds to disruptions in the body's balance. The research identifies a pattern of electrical activity that could be used to assess balance in patients with movement disorders such as Parkinson's disease.

Regaining balance after the body is acted on by external forces is a complex process that requires integration of the senses and muscles to remain upright. Older adults, in particular, rely on their vision to maintain balance, which can lead to falls as visual acuity declines with age.

The researchers used electroencephalography (EEG) and electromyography (EMG) to record electrical activity from the brain and muscles as 30 participants walked or stood in place on a narrow beam mounted to a treadmill. The participants' balance was challenged by either pulling them from side to side or distorting their visual field with a virtual reality headset.

These results suggest a similar time-frequency electrocortical pattern when humans respond to sensorimotor conflict, but with substantive differences in the brain areas involved for visual vs. physical perturbations.

Training programs to improve balance in older adults or individuals with lower limb amputations should therefore keep in mind these underlying brain differences. Interplay between estrogen and genes implicated in weight gain from menopause