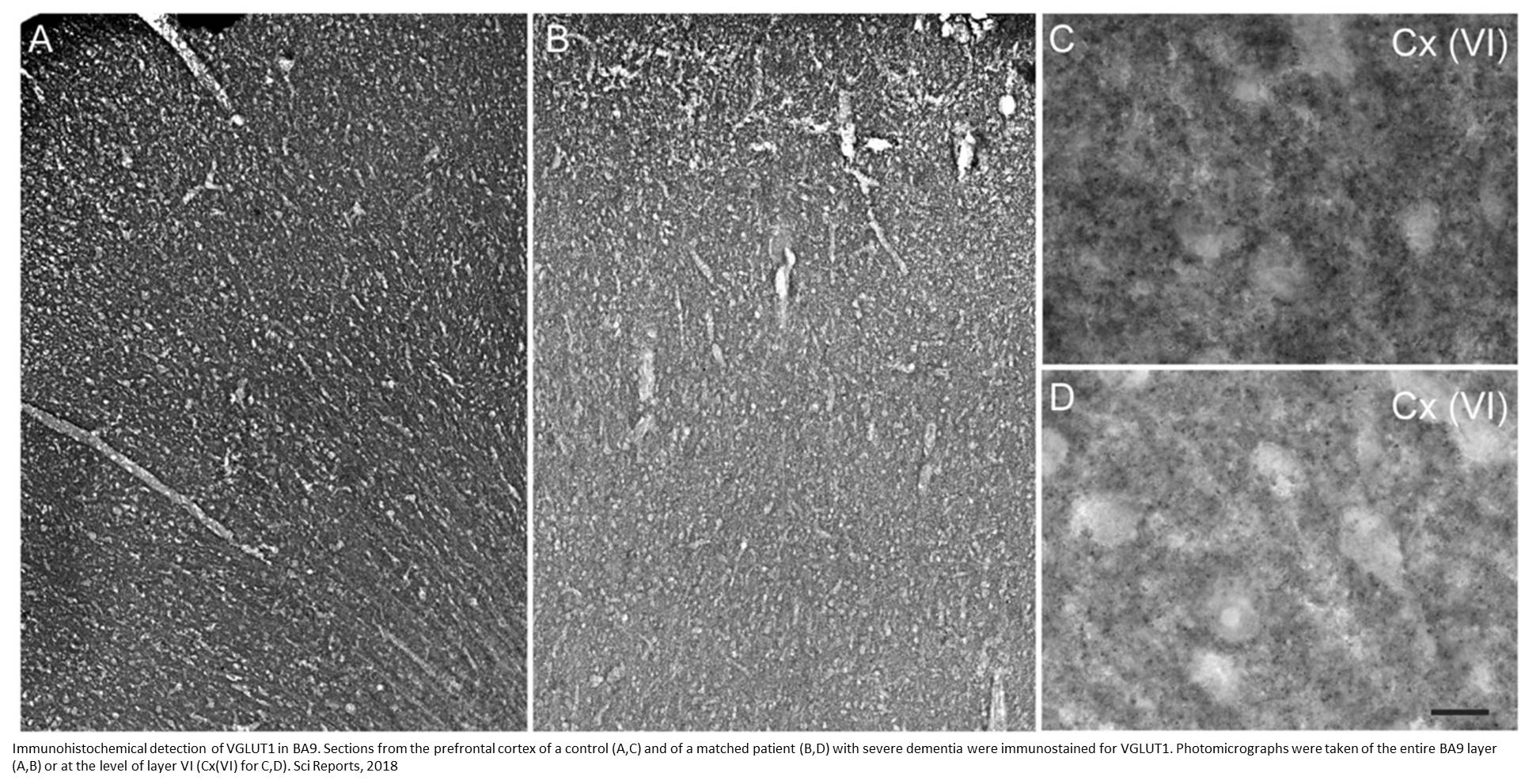 Frequently encountered in the elderly, Alzheimer's is considered a neurodegenerative disease, which means that it is accompanied by a significant, progressive loss of neurons and their nerve endings, or synapses. A new study published in Scientific Reports now challenges this view.

Conducted among more than 170 subjects at various stages of Alzheimer's disease, the study has shown instead that the disease is accompanied by a minor decline in neuronal and synaptic markers. The expression levels of vesicular glutamate transporters (VGLUT1&2), glutamate uptake site (EAAT2), post-synaptic density protein of 95 kD (PSD95), vesicular GABA/glycine transporter (VIAAT), somatostatin (som), synaptophysin and choline acetyl transferase (ChAT) were evaluated.

VGLUT2 and EAAT2 were unaffected by dementia. The VGLUT1, PSD95, VIAAT, som, ChAT and synaptophysin expression levels significantly decreased as dementia progressed. The maximal decrease varied between 12% (synaptophysin) and 42% (som). VGLUT1 was more strongly correlated with dementia than all of the other markers (polyserial correlation=−0.41).

The scientists also attempted to correlate all these minor synaptic losses with the subjects' level of dementia. Principal component analysis using these markers was unable to differentiate the CDR groups from one another. Their results show that the declines in synaptic biomarkers in BA9 had little impact on the participants' cognitive skills.

The study implicitly suggests that dementia is associated with a synaptic dysfunction rather than the disappearance of synapses from the patient's cortex. Identifying this dysfunction could lead to the development of effective treatments for this disease.

"Until now, therapeutic interventions have been aimed at slowing synaptic destruction. Based on our study, we are going to have to change our therapeutic approach," says the author.