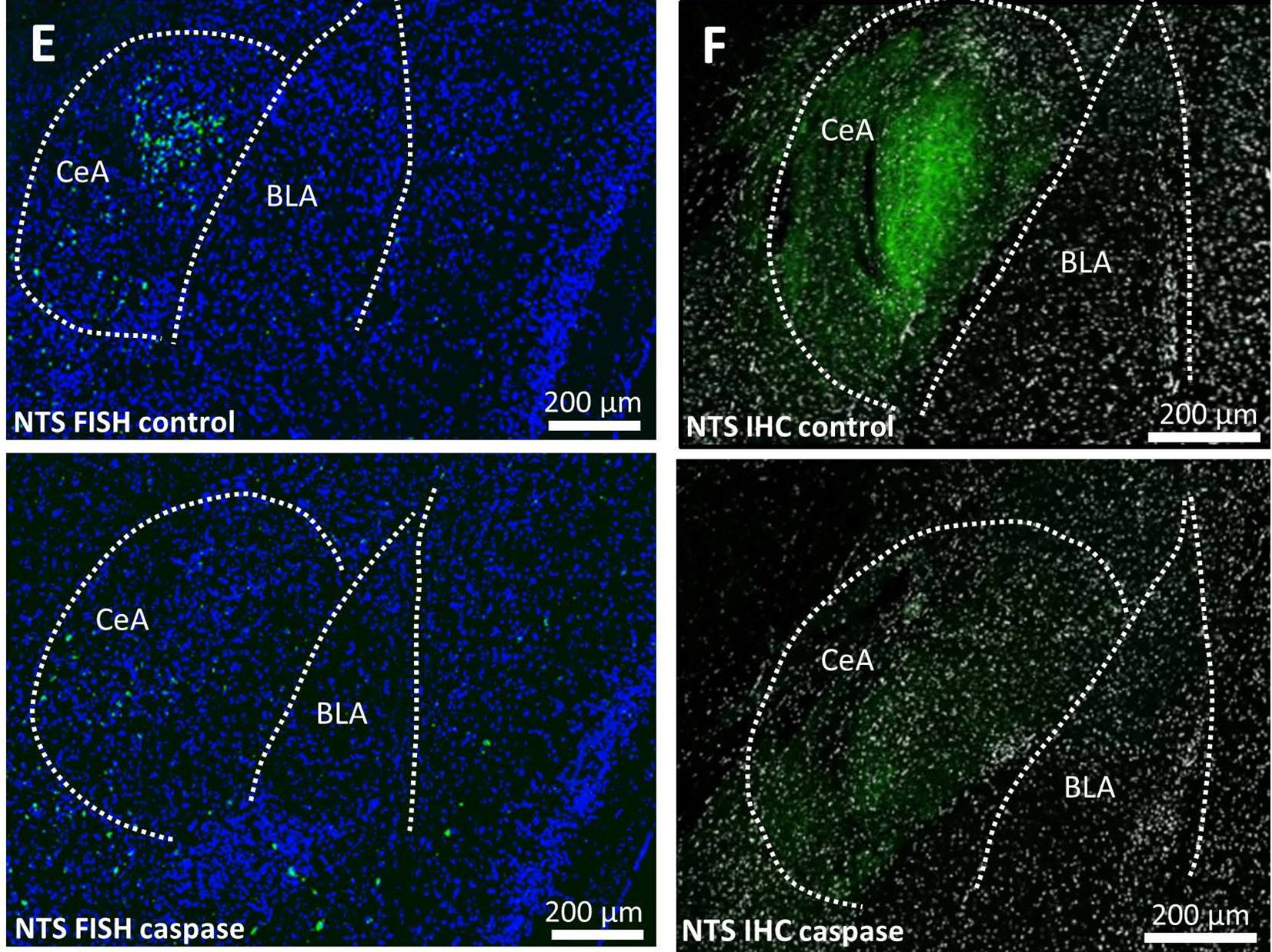 Scientists have known that a region of the brain called the central nucleus of the amygdala (CeA) plays a role in behaviors related to alcohol use and consumption in general. It's been less known which precise populations of brain cells and their projections to other brain regions mediate these behaviors. Now, scientists discovered that specific neurons in the CeA contribute to reward-like behaviors, alcohol consumption in particular.

Published in the Journal of Neuroscience, this research pinpoints a specific neural circuit that when altered caused animal models to drink less alcohol.

"The fact that these neurons promote reward-like behavior, that extremely low levels of alcohol consumption activate these cells, and that activation of these neurons drive alcohol drinking in animals without extensive prior drinking experience suggests that they may be important for early alcohol use and reward," said senior author. "It's our hope that by understanding the function of this circuit, we can better predict what happens in the brains of people who transition from casual alcohol use to subsequent abuse of alcohol, and the development of alcohol use disorders."

The authors set out to investigate if a population of neurons that express a specific neuropeptide (neurotensin or NTS) contributes to reward-like behaviors and alcohol drinking. They were especially interested in these neurons in the context of inexperienced alcohol use, such as when a person first begins to drink alcohol. Also, NTS neurons are a subpopulation of other neurons in this CeA brain region that have been implicated in anxiety and fear - known as the somatostatin and corticotropin releasing factor neurons.

Using modern genetic and viral technologies in male mice, the authors found that selectively lesioning or ablating the NTS neurons in the CeA, while maintaining other types of CeA neurons, would cause the animals to drink less alcohol. This manipulation did not alter anxiety-like behavior. It also did not affect the consumption of other palatable liquids such as sucrose, saccharin, and bitter quinine solutions.

"We found that these NTS neurons in the CeA send a strong projection to the hindbrain, where they inhibit the parabrachial nucleus, near the brainstem," the senior author said.

Using optogenetics - a technique where light activates these neurons - the researchers stimulated the terminal projections of the CeA-NTS neurons in the parabrachial and found that this stimulation inhibited the neurons in the parabrachial. When the scientists stimulated this projection with a laser in one half of the animal's box, animals would spend more time where the stimulation would occur.
Animals also learned to perform a task to get the laser stimulation to turn on, and they would do this repeatedly, suggesting that they found this stimulation to be rewarding.

"Furthermore, when we stimulated this projection, animals would drink more alcohol as compared to when they had an opportunity to drink alcohol without laser stimulation," the senior author said. "In contrast to our study where we ablated the NTS neurons, laser stimulation of this parabrachial pathway also caused the animals to consume caloric and non-caloric sweetened beverages. When the animals were presented with regular food and a sweet food, however, laser stimulation did not enhance the consumption regardless of the mouse's hunger state. This suggests that different circuits may regulate the consumption of rewarding fluids and solids."

The authors of this study, hope to explore how alcohol experience may change these neurons over time.

"Would these cells respond differently after animals have been drinking high quantities of alcohol over time?" the author said. "We also want to discover which populations of neurons in the parabrachial are receiving inputs from these neurons. Fully understanding this circuit could be the key to developing therapeutics to help people with alcohol use disorders."