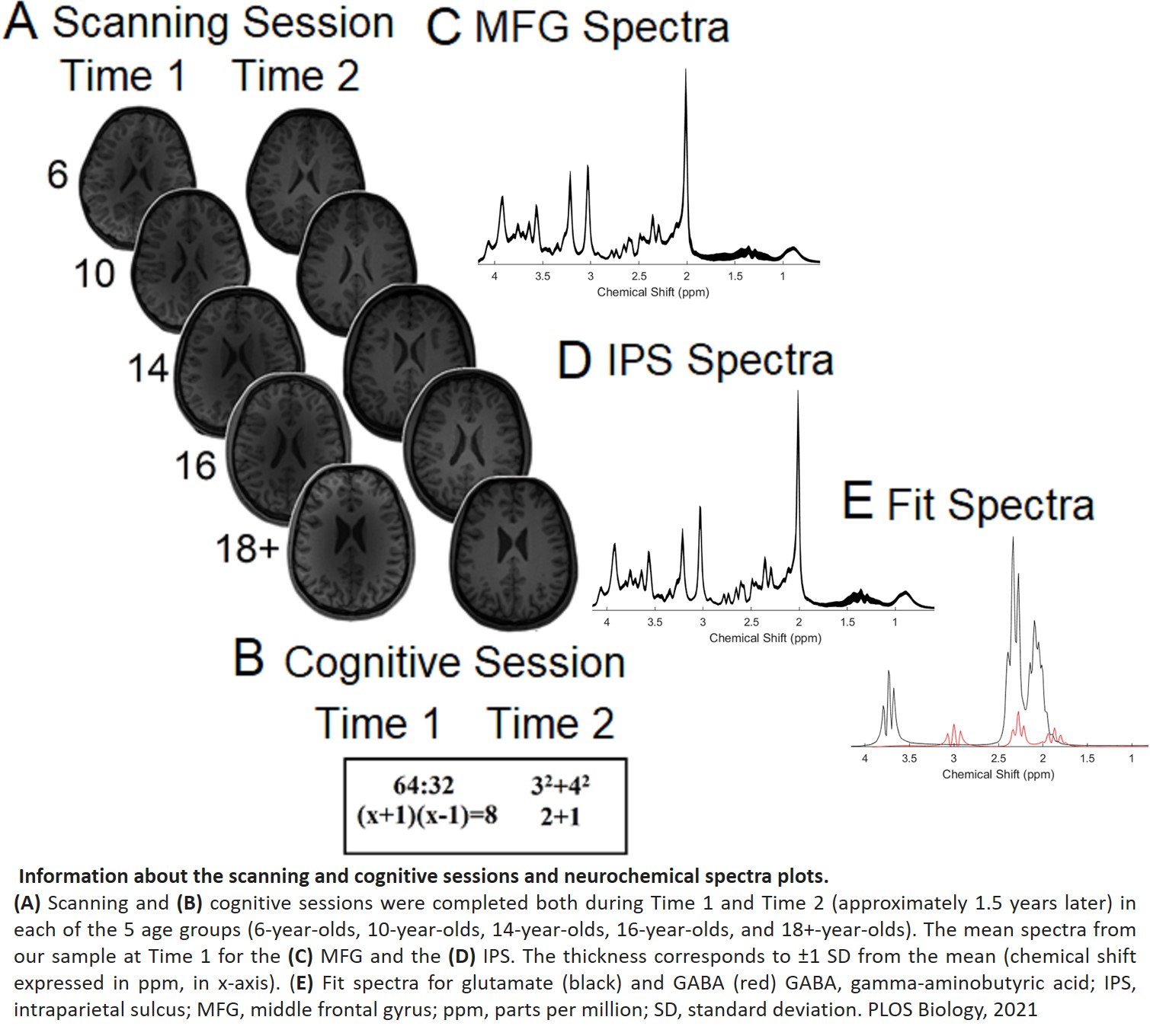 Levels of brain excitement/inhibition are thought to be related to learning, especially during critical periods. However, little is known about how they are related to complex learning that can take place over decades. To address this issue, the researchers measured the levels of GABA and glutamate in 255 people, ranging from 6-year-olds to university students. The participants also took two math achievement tests, and their performance on the arithmetic problems were correlated with the GABA and glutamate levels.

The team found that among young people, higher GABA levels in the left intraparietal sulcus of the brain (a fold in the top, left, back part of the brain) were associated with greater math fluency, while the reverse was true for glutamate. In adults, the results were almost exactly opposite; low GABA concentrations were related to greater math fluency, and again, the reverse was true for glutamate. Because the participants were tested twice about 1.5 years apart, the researchers were also able to show that neurotransmitter levels at the time of the first test could predict math achievement at the later date.

Much of what we know about GABA, glutamate, and learning comes from rodent experiments in the lab, which cannot say anything directly about natural school-based skills such as mathematics that develop over time. This longitudinal study in humans will help researchers better understand the relationship between learning and brain plasticity, particularly during critical periods that might span years.

The author adds, "Our finding of developmental switches in the link between GABA and glutamate and academic achievement highlights a general, unknown principle of plasticity. In contrast to previous studies on humans or animals that focused on narrower developmental stages, our cross-sectional-longitudinal study suggests that the link between plasticity and brain excitation and inhibition across different stages is unlikely to be immutable. Our findings have also important implications for the development of brain-based interventional programs, which we hope to examine in the future."