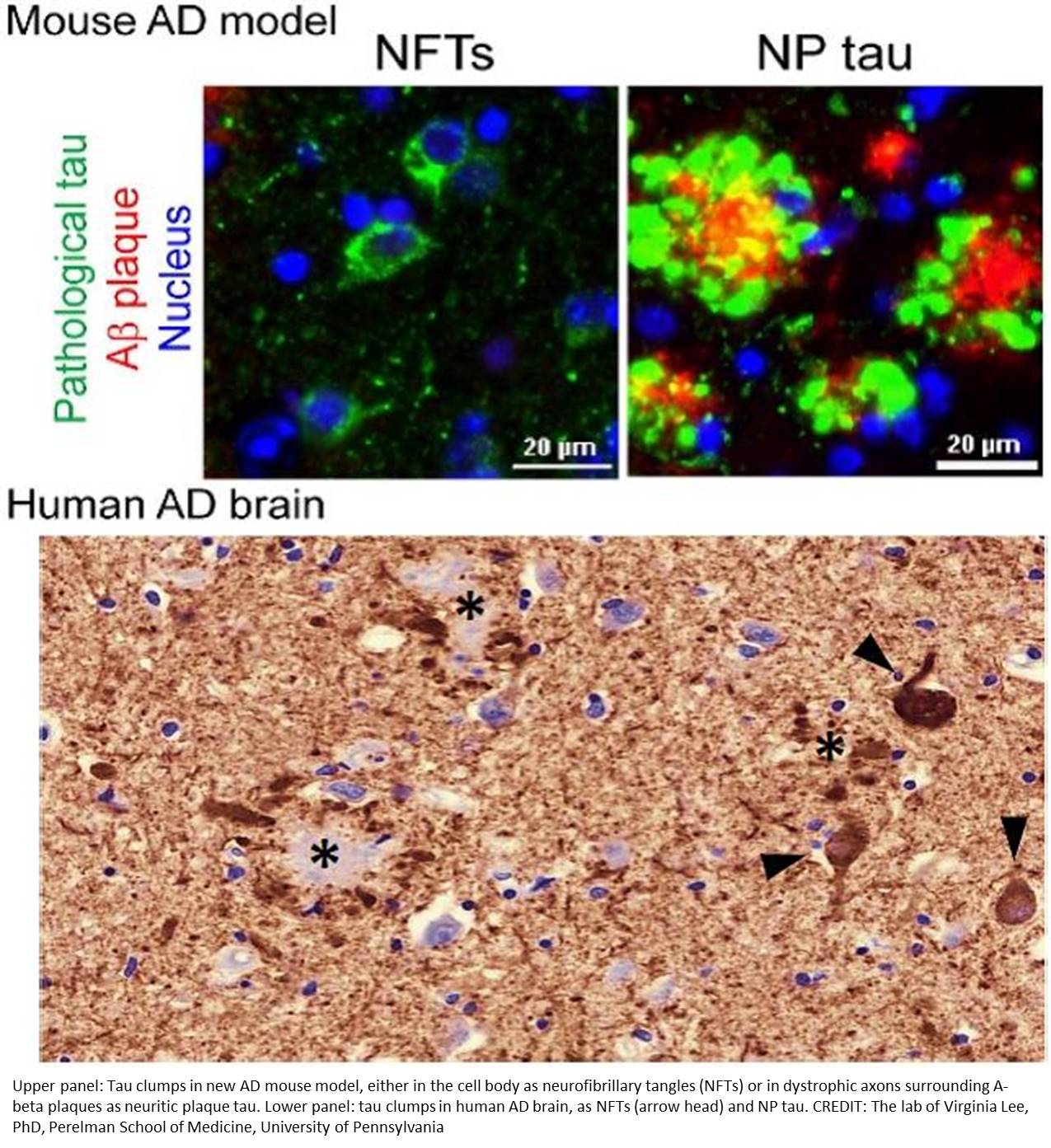 Alzheimer's disease is characterized by Aβ plaques outside cells and clumps of tau within cells. Researchers have proposed that Aβ plaques are the initiating pathology of AD, but the failure of all AD clinical trials based on removing Aβ challenges this hypothesis and the idea of targeting Aβ alone to treat AD. At the same time, evidence from other studies, including research from CNDR, strongly correlates the spread of tau clumps with worsening cognition in AD, but the exact link between the two pathologies has remained enigmatic.

Tau works like railroad track crossties in stabilizing microtubules in axons responsible for transporting material inside neurons. Removal of tau protein from microtubules due to its clumping in nerve cells causes the affected neurons to become dysfunctional, ultimately leading to their death and AD.

By injecting human Alzheimer's disease brain extracts of pathological tau protein (from postmortem donated tissue) into mice with different amounts of amyloid-β (Aβ) plaques in their brains, researchers  found that amyloid-β facilitates the interaction between the plaques and abnormal tau. This relationship promotes the spread of mutated tau proteins in neurons, which is the hallmark of long-term Alzheimer's disease. They published their findings in Nature Medicine.

"Making an AD mouse model that incorporates both Aβ and tau pathologies in a more AD-relevant context has been greatly sought after but difficult to accomplish," said senior author. "This study is a big step for AD research, which will allow us to test new therapies in a more realistic context."

The team mimicked the formation of three major types of AD-relevant tau pathology in their new mouse model: neurofibrillary tangles, neuropil threads, and tau aggregates surrounding Aβ plaques, called neuritic plaque tau. "For the first time we could see and study the tau clumps in dystrophic axons surrounding Aβ plaques in a mouse model, just like we see in a human brain with AD," said first author.

The team found that Aβ plaques create an environment that facilitates the rapid amplification and spread of pathological tau into large aggregates, initially appearing as neuritic plaque tau. This was followed by the formation and spread of neurofibrillary tangles and neuropil threads to other neurons. These tau protein formations also impaired brain functions, including memory difficulties, in the mice.

This study is the basis for a new way to explain how the Aβ plaque environment accelerates the spread of tau pathology in the brains of AD patients, which is consistent with imaging studies and investigations of postmortem AD brains.

The findings suggest new targets and strategies to treat AD patients. "Our new mouse model of AD with both Aβ and tau can now be used to test therapies that target one or both pathologies to see if combination or single-target therapy is better," senior author said.