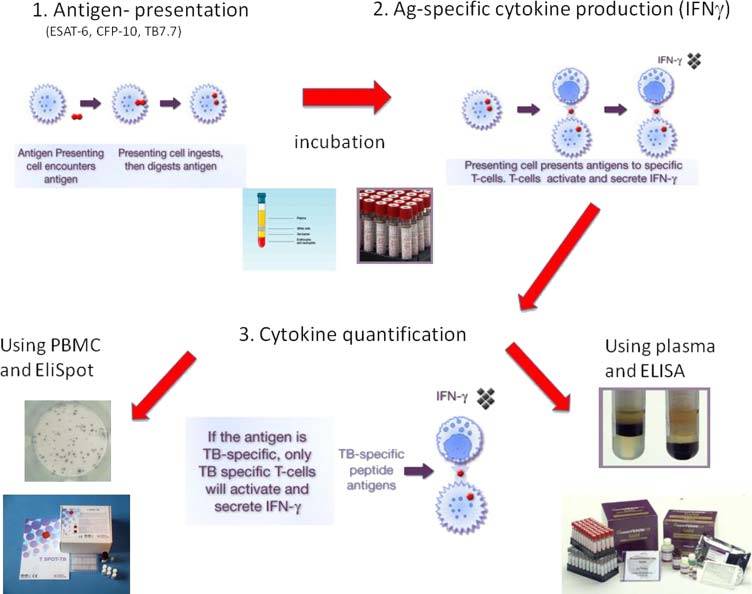 In the largest study to date of rapid TB tests used by the NHS, a research team found that available tests are not sensitive enough to rule out a diagnosis of TB in suspected cases, and so have limited clinical use.

The research, published in the journal Lancet Infectious Diseases, also looked at a new second generation rapid blood test, developed at Imperial, and found it to be substantially more accurate than the existing tests.

According to the team, once implemented the new test could enable doctors to quickly detect or rule out TB infection and help them to distinguish patients who need further investigation and treatment from those who do not and pose no infectious risk to others.

The study lead said: "Tens of thousands of patients undergo diagnostic assessment for symptoms suggestive of TB, resulting in over 5,000 cases of TB diagnosed each year. Stopping the use of the existing, inadequate tests could save the NHS a lot of money. In contrast, the new, more accurate rapid blood test, will improve and accelerate diagnostic assessment of patients with suspected TB."

While laboratory cultures of patient samples, such as sputum or invasive biopsies, are used to confirm the presence of the bacterium, the cultures can take several weeks. A negative result does not rule out a diagnosis of TB, as the bacteria cannot be cultured from samples in a large proportion of TB patients.

Currently available rapid tests for TB used by the NHS, known as interferon-gamma release-assays (IGRAs), can help to indicate if a patient has TB infection by detecting their immune response to TB bacteria based on a blood sample. The findings would then be confirmed with cultured patient samples in the laboratory.

In the latest prospective study, researchers compared existing commercially available IGRA tests against new generation tests in 845 patients with suspected TB in 10 NHS hospitals in England. Patient blood samples were analysed using both sets of tests, the results of which benchmarked against a confirmed diagnoses based on positive culture results.

Analysis of the rapid test results revealed that the second-generation test has a diagnostic sensitivity of 94% in patients with confirmed TB - meaning it gives a positive result for 94% of patients with infection - significantly and substantially higher than either of the existing commercially available IGRA tests (which range from 67.3% and 81.4%). The findings indicate the test would be much more accurate at ruling out TB infection in suspected cases of TB, so saving time and resources and enabling patients to receive treatment more rapidly.

"Our study shows definitively that existing rapid tests are not effective enough for diagnosing active TB and should not be used. This important result will change clinical practice," explained the study lead. "Existing rapid tests are not recommended for use in patients with active TB because of a lack of evidence that they are clinically useful. But because the clinical need for better diagnosis of TB is so high, they are nonetheless widely used in hospitals."

According to the researchers, the medical need for better TB diagnostics is so high that despite a lack of evidence to support their use in patients with suspected TB, existing tests are widely used in clinical practice in the UK and other developed countries. They add that stopping use of the existing tests could save the NHS over £2 million per year, with further savings likely generated by implementing the new tests - which could be available to health services within one to two years, pending regulatory approval.