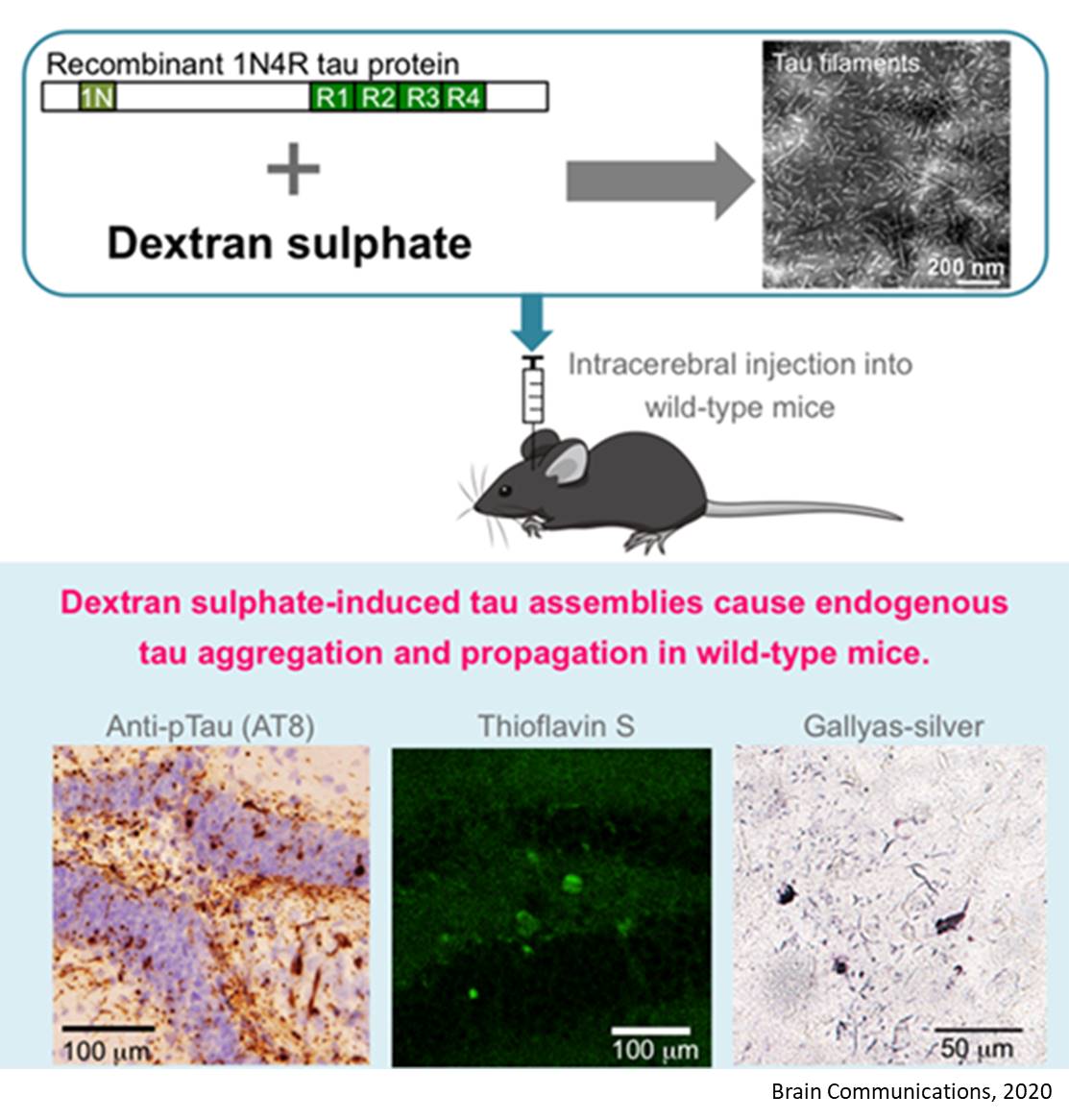 Mouse models of tau propagation are established by injecting human-derived tau seeds intracerebrally; nevertheless, these have a limitation in terms of regulation of availability of human samples. To date, no study has shown that synthetic assembled tau induce tau propagation in non-transgenic mice.

A new study confirms that dextran sulphate, a sulphated glycosaminoglycan, induces the assembly of recombinant tau protein into filaments in vitro. As compared to tau filaments induced by heparin, those induced by dextran sulphate were shorter in length, and showed higher thioflavin T fluorescence and lower resistance to guanidine hydrochloride, which suggest that the two types of filaments have distinct conformational features.

Tau accumulation stained with a antibody against phosphorylated tau (AT8) was present at the injection site one month after injection, from where it spread to anatomically connected regions. Induced tau pathologies were also stained by anti-tau antibodies AT100, AT180, 12E8, PHF1, anti-pS396 and anti-pS422. They were thioflavin- and Gallyas-Braak silver-positive, indicative of amyloid. In biochemical analyses, accumulated sarkosyl-insoluble and hyperphosphorylated tau was observed in the injected mice.

In conclusion, this study revealed that intracerebral injection of synthetic full-length wild-type tau seeds prepared in the presence of dextran sulphate caused tau propagation in non-transgenic mice. These findings establish that propagation of tau assemblies does not require tau to be either mutant and/or overexpressed.