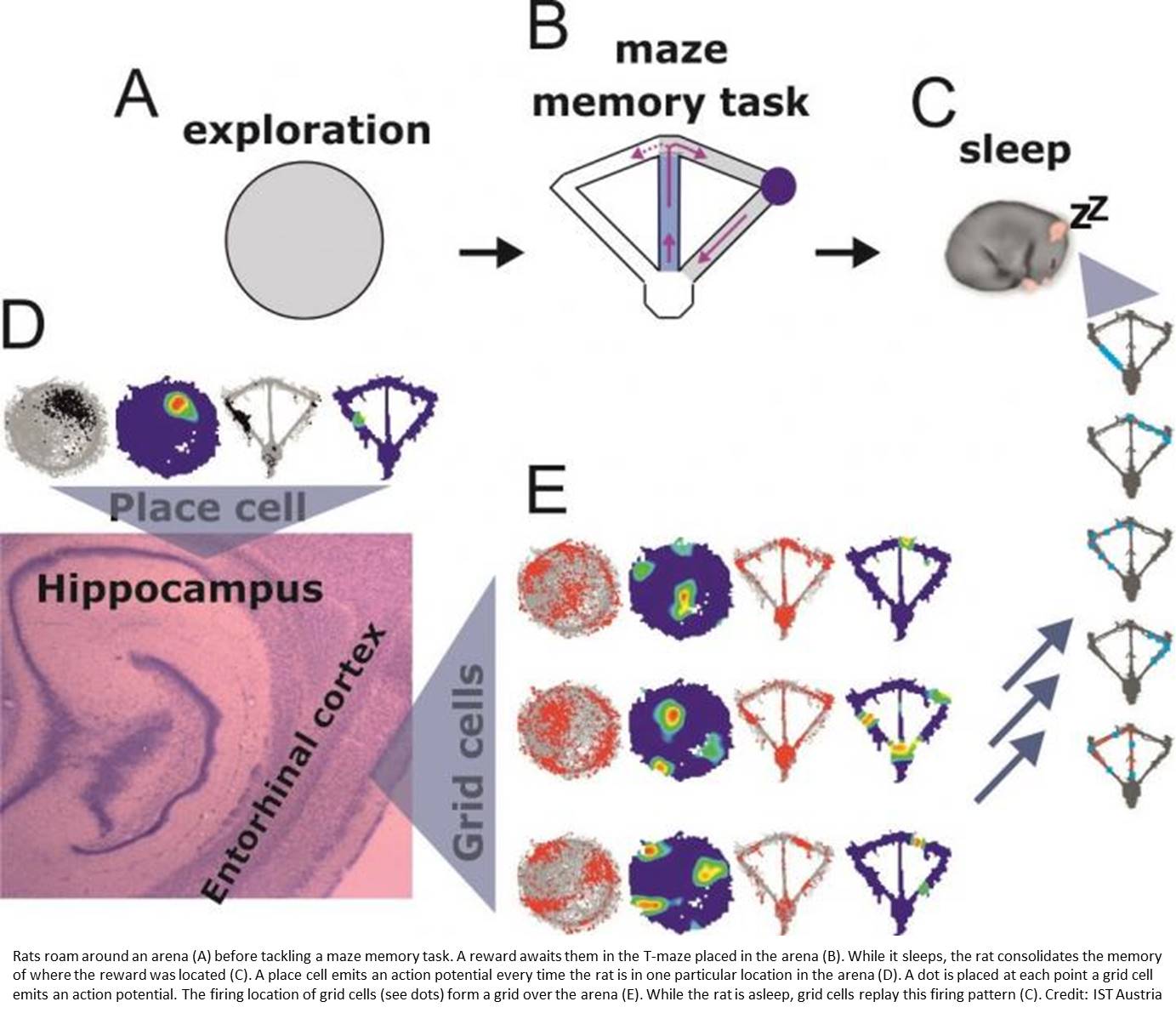 Until now, the hippocampus was considered the most important brain region for forming and recalling memory, with other regions only contributing as subordinates. But a study published in Science finds that a brain region called entorhinal cortex plays a new and independent role in memory. A team of researchers showed that, in rats, the entorhinal cortex replays memories of movement independent of input from the hippocampus.

When a spatial memory is formed, cells in the medial entorhinal cortex (MEC), especially grid cells, act like a navigational system. They provide the hippocampus with information on where an animal is and give cues as to how far and in what direction the animal has moved. Rats encode location and movement by forming networks of neurons in the hippocampus that fire together. When a memory is recalled for memory stabilization, the MEC has been considered as secondary to the hippocampus. In the hippocampus, such recall occurs during the so-called "sharp wave/ripples", when neuronal networks fire in a highly synchronized way. According to the view prevailing until now, the hippocampus is the initiator of this replay and coordinates memory consolidation, while the MEC is just a relay post that spreads the message to other brain areas.

To ask whether replay also occurs in the MEC, the researchers studied memory recall in rats moving in a maze. They showed that neurons in the superficial layers of the medial entorhinal cortex (sMEC), a part of MEC that sends input to the hippocampus and contain the grid cells, fire during the memory task and encode routes as bursts of firing.

The first author explains how these results change the way we see memory formation: "The hippocampus alone does not dominate how memories are formed and recalled. Instead, the entorhinal cortex and the hippocampus are probably two systems for memory formation and recall. Despite being interrelated, the two regions may work in parallel. They may recruit different pathways and play different roles in memory." A Protein that Regulates Excitatory Synapses and Spine Density Identified