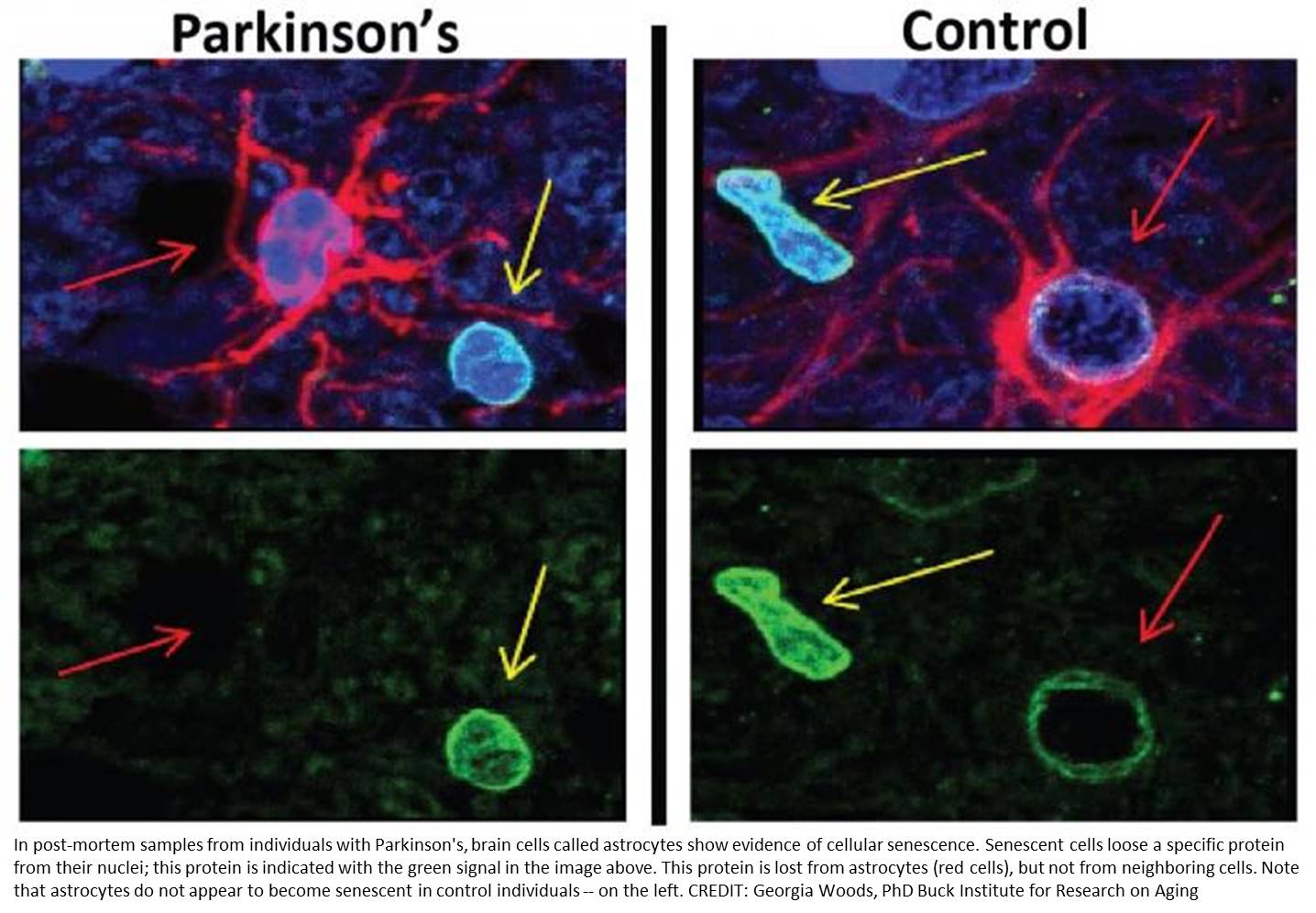 Systemic clearing of senescent astrocytes prevents Parkinson's neuropathology and associated symptoms in a mouse model of sporadic disease, the type implicated in 95% of human cases. Publishing in Cell Reports, researchers provide a new potential therapeutic avenue for the incurable, progressive neurological disorder that affects up to one million Americans, robbing them of the ability to control movement.

Senescent cells, which stop dividing in response to stress, secrete deleterious factors that cause tissue damage and lead to chronic inflammation. In this study, senescence was triggered by exposure to the pesticide paraquat, a neurotoxin formally linked to the development of Parkinson's disease in farmworkers in 2011.

"While senescence has been implicated in Parkinson's and other neurodegenerative disease, we believe this is the first time that clearing the inflammatory cells prevented symptoms from developing in a live mammal," said senior author on the paper. "We hope that the fact that we were able to do this in a sporadic, rather than genetic, model of Parkinson's, highlights its relevance as a potential new way to tackle the most prevalent form of the disease."

This research is unusual given that it focuses on senescence in astrocytes, so called "helper" cells that perform a variety of tasks, from axon guidance and synaptic support to control of the blood brain barrier and blood flow. Even though astrocytes are the most numerous cell type within the central nervous system, senior author says they have been underappreciated "stepchildren" in most basic neuroscience research. The vast majority of Parkinson's research has focused on toxicity that directly affects specific neurons implicated in the disease, "but no one has come up with an effective treatment based on that approach. This research suggests that senescent astrocytes may contribute to the development of the disease and we're excited to explore this avenue."

The mice used in this research were six months old, the human equivalent of about 34 years of age. Thelab hopes to study the impact of astrocytic senescence in mice at varying stages of lifespan to see if Parkinson's can be reversed in addition to being prevented. "Chronic inflammation fueled by senescence drives many age-related diseases and it's quite possible that Parkinson's is among them," says the senior author, who adds that astrocytic inflammation may play a role in other neurodegenerative diseases such as Alzheimer's. "This model gives us a way to expand how we look at and potentially treat a range of maladies," senior author says.