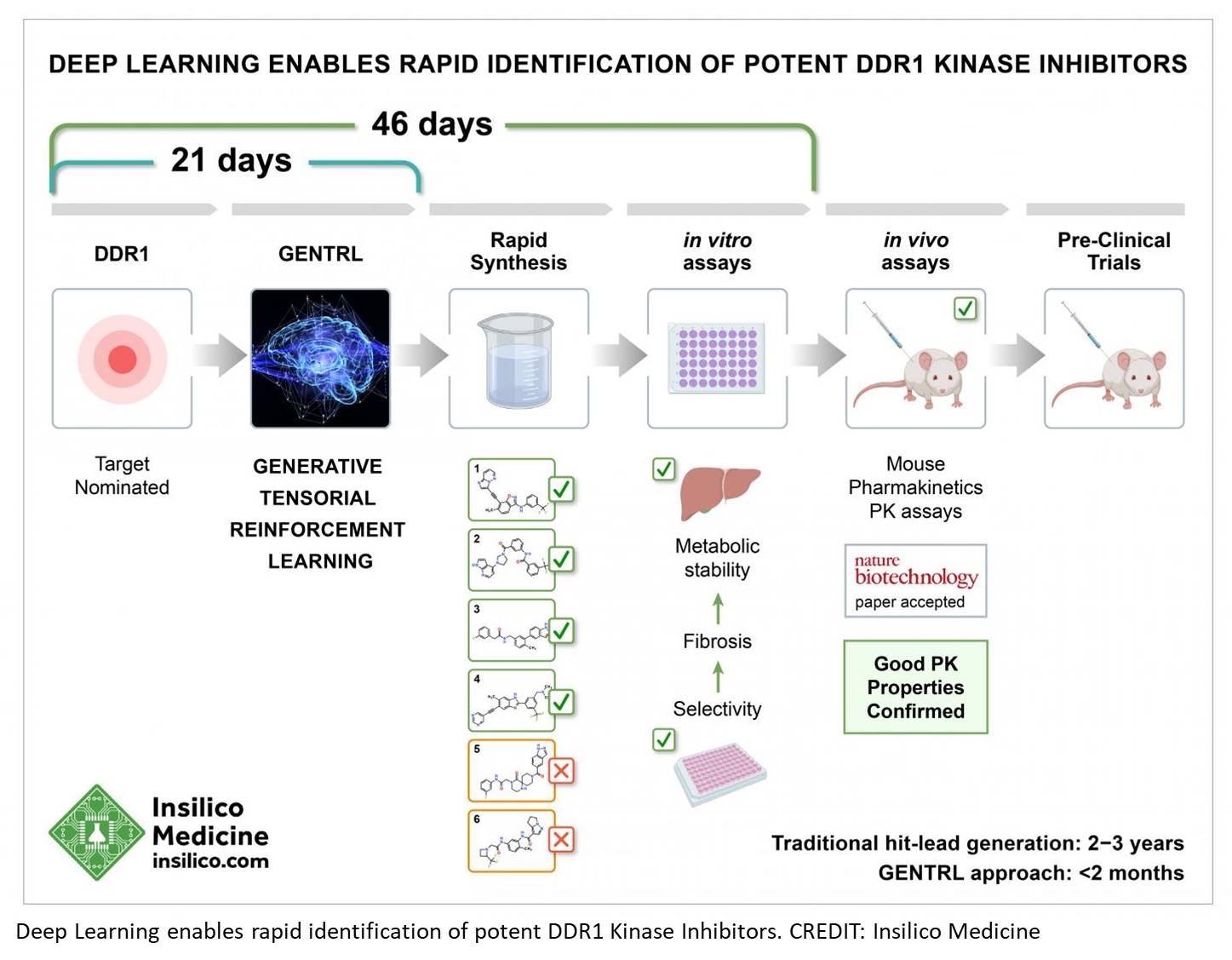 The paper describes a timed challenge, where the new artificial intelligence system called Generative Tensorial Reinforcement Learning (GENTRL) designed six novel inhibitors of DDR1, a kinase target implicated in fibrosis and other diseases, in 21 days. Four compounds were active in biochemical assays, and two were validated in cell-based assays. One lead candidate was tested and demonstrated favorable pharmacokinetics in mice.

The traditional drug discovery starts with the testing of thousands of small molecules in order to get to just a few lead-like molecules and only about one in ten of these molecules pass clinical trials in human patients. Even a slight improvement in the time it takes to discover new drugs or in the probability of success results in significant savings and public benefit.