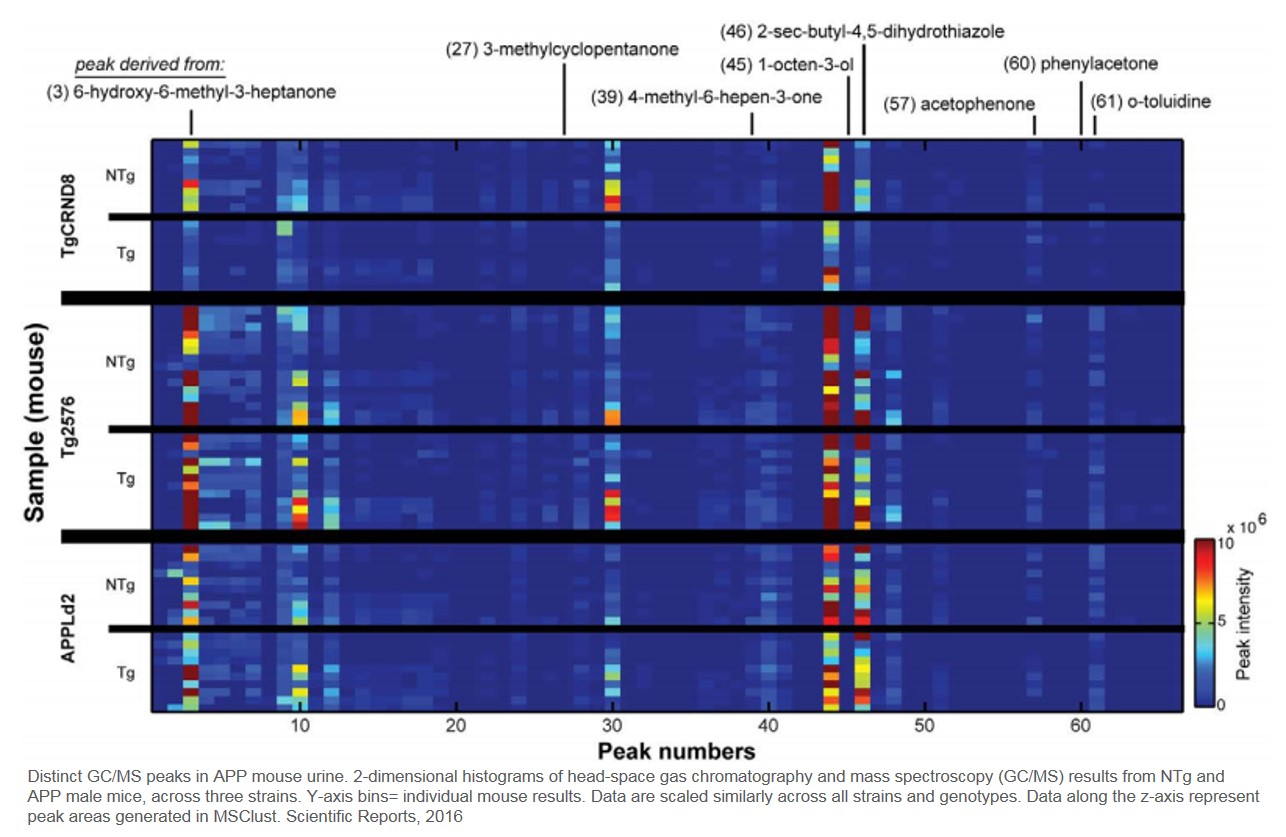 Alzheimer's is the most common form of dementia, afflicting an estimated 5.1 million Americans over the age of 65. There is no test to definitively diagnose Alzheimer's disease in living persons. Although the progression of Alzheimer's currently cannot be stopped or reversed, an accurate diagnosis can give patients and families time to plan for the future and seek treatments for symptom relief.

Identification of an early biomarker for Alzheimer's disease could potentially allow physicians to diagnose the debilitating disorder before the onset of brain decline and mental deterioration, paving the way for upcoming treatments to slow early progression of the disease.

Using both behavioral and chemical analyses, the researchers found that each strain of APP mice produced urinary odor profiles that could be distinguished from those of control mice.

The odor changes did not result from the appearance of new chemical compounds, but instead reflected a relative shift of the concentrations of existing urinary compounds.

The odor differences between APP and control mice were mostly independent of age and preceded detectable amounts of plaque build-up in the brains of the APP mice. These findings suggest that the characteristic odor signature is related to the presence of an underlying gene rather than to the actual development of pathological changes in the brain.

Additional studies showed that the distinctive odor profiles could be used to predicatively identify APP mice versus control mice.

"While this research is at the proof-of-concept stage, the identification of distinctive odor signatures may someday point the way to human biomarkers to identify Alzheimer's at early stages," said study author.