One shot of ketamine to reduce alcohol seeking behavior 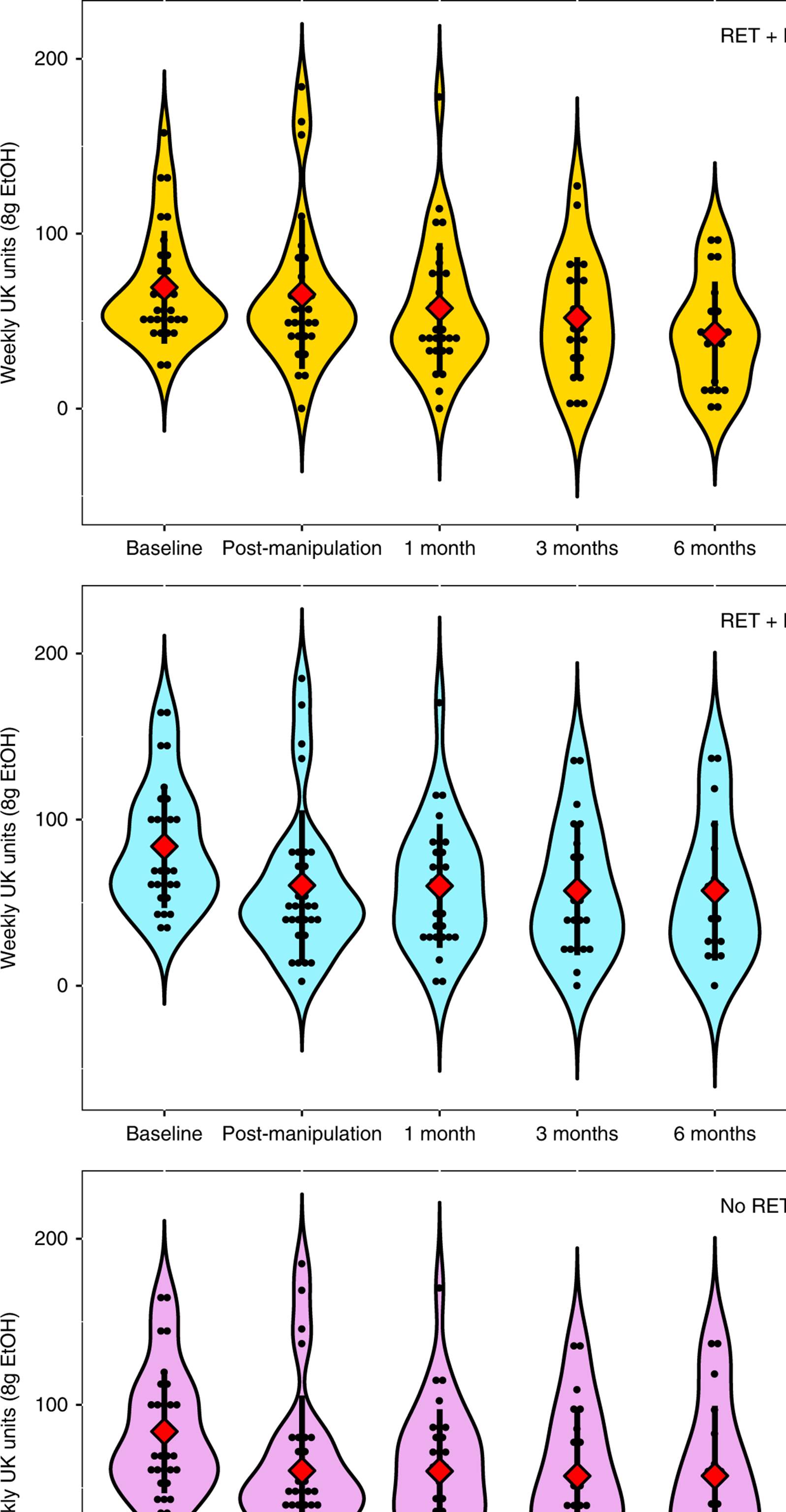 Giving a shot of ketamine to heavy drinkers after reactivating their drinking-related memories led to a rapid decrease in urges to drink and a prolonged decrease in alcohol intake over nine months, according to the study published in Nature Communications.

"We found that heavy drinkers experienced a long-term improvement after a very quick and simple experimental treatment," said the study's lead author. The researchers were seeking to upend the maladaptive reward memories that are central to drug and alcohol addiction.

"Learning is at the heart of why people become addicted to drugs or alcohol. Essentially, the drug hijacks the brain's in-built reward-learning system, so that you end up associating environmental 'triggers' with the drug. These produce an exaggerated desire to take the drug," the lead explained.

"Unfortunately, once these reward memories are established, it's very difficult to re-learn more healthy associations, but it's vital in order to prevent relapse."

The study involved 90 people with harmful drinking behaviour, who all preferred beer. They were heavy drinkers, but did not have a formal diagnosis of alcohol use disorder and had not sought treatment. On average, they were drinking 74 units of alcohol per week, equivalent to roughly 30 pints of beer - five times the recommended limit.

The participants were given a glass of beer, and told they could drink it after finishing a task. They rated their urge to drink and were shown images of beer and other drinks, while rating their anticipated pleasure, thus retrieving the reward memories surrounding beer drinking. On the first day of the study, in order to establish their baseline drinking urges, they were then allowed to drink the beer, but on the second day, the beer was unexpectedly taken away from them.

Unexpectedly removing an anticipated reward is known to be key factor to destabilising a retrieved reward memory. Typically the brain would then undergo an active process to re-stabilise and store the memory. However, ketamine prevents this memory re-storage process by blocking a receptor in the brain that is needed to restabilise memories.

On the key day, one third of the study participants were given an intravenous infusion of ketamine after the beer was taken away from them. Another group was given an infusion of a placebo, while the other third were given ketamine, but without previously completing the drinking memory retrieval task.

The method appeared to be successful, as over a 10-day follow-up, the people who were given ketamine combined with memory retrieval showed significant reductions in their urge to drink, drank less alcohol and drank on fewer days than the other study participants. When given a small sample of beer, they had less urge to drink it, enjoyed it less and had less desire to continue drinking than the other groups.

The effect was sustained over a nine-month follow-up; while all three groups decreased their drinking to some degree, those given the ketamine + memory retrieval had a much more pronounced initial improvement and a greater overall improvement over time. People who were given the ketamine + memory retrieval halved their average weekly alcohol consumption over the nine months.

Only the two groups given ketamine showed a statistically significant reduction in drinking volume, and only the ketamine + memory retrieval group significantly reduced their number of drinking days, and bingeing behavior.

The researchers also conducted blood tests, and found that the treatment was more effective in people where the ketamine was most readily available in their blood, suggesting that a higher dose may have led to greater improvement in some people.

"This is a first demonstration of a very simple, accessible approach, so we hope that with more research into optimising the method, this could be turned into a helpful treatment for excessive drinking, or potentially for other drug addictions," said the lead author.

The researchers caution that the study is experimental and is not a clinical trial. Further research is needed to optimise the treatment method and determine who it could benefit, and specialist supervision would still be required as the treatment may not be advisable for people with some conditions.

While often thought of as a horse tranquilliser or a party drug, ketamine is also commonly used clinically as a sedative or pain reliever and is an essential medicine on the NHS and globally.

The study's senior author said: "Ketamine is a safe, common drug that is being explored for multiple psychiatric uses, including depression, while other researchers are also exploring other ways it could help with problem drinking. An advantage to our study, alongside the pronounced, long-term effect on drinking, is that it's based on a strong understanding of how the drug is working in the brain to achieve its effect." Why our sense of smell declines in old age Expansive reorganization in the brain after vision loss