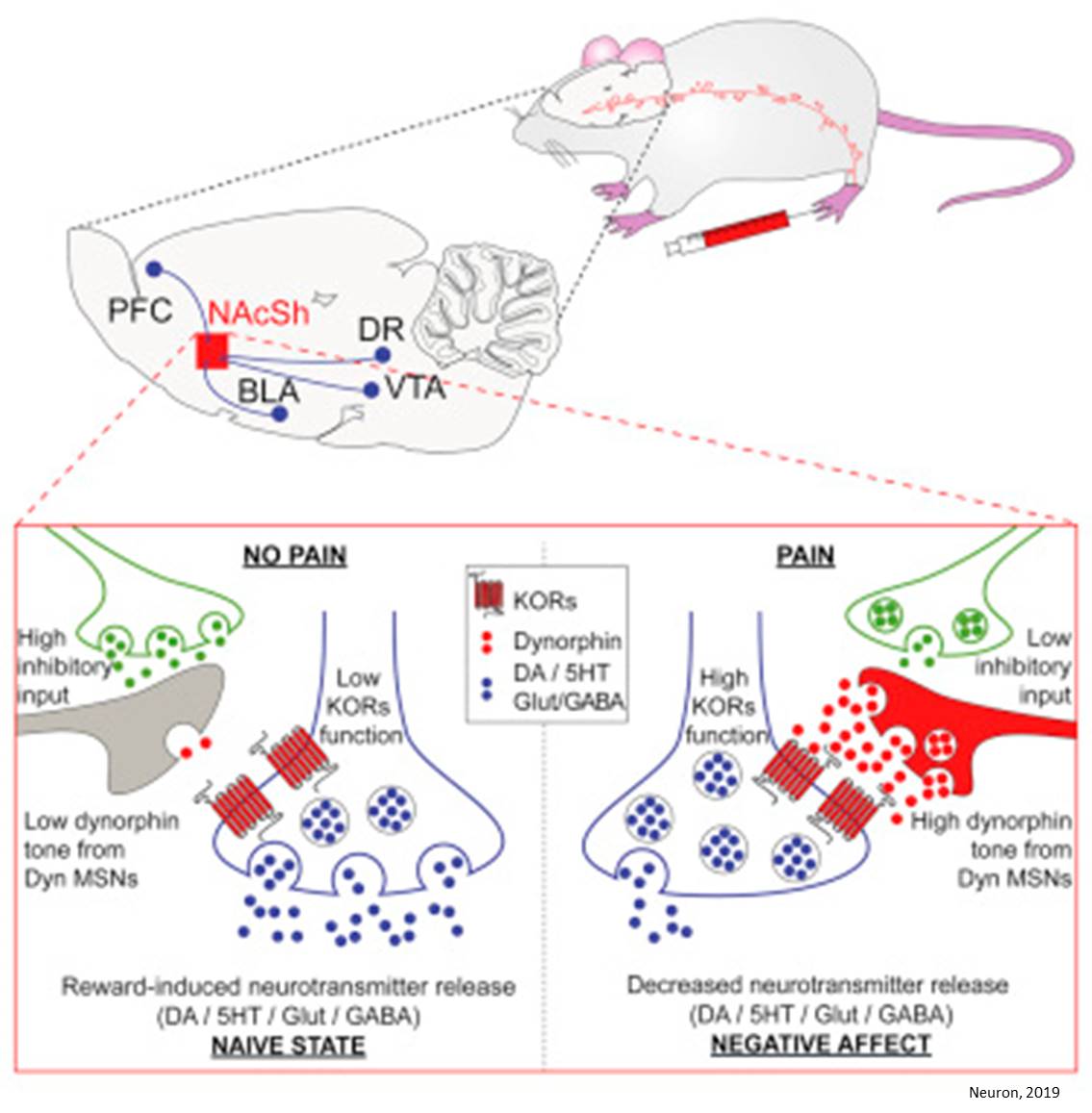 Chronic pain involves more than just hurting. People suffering from pain often experience sadness, depression and lethargy. That's one reason opioids can be so addictive -- they not only dampen the pain but also make people feel euphoric.

What if it were possible to develop a pain killer that could curb the negative emotions associated with pain without causing euphoria? Researchers have taken a step toward that goal. Studying rodents, they have shown they can block receptors in the brain responsible for the emotional components of pain and restore the animal's motivation. Their findings could lay the groundwork for developing new, less addictive approaches to pain treatment.

"We're in the midst of an opioid epidemic, and the euphoria associated with opioids is a major driver of opioid dependence," said senior investigator. "By targeting the emotional aspects of pain, we hope to make pain less debilitating so that patients won't crave the emotional high they get from opioids."

Opioid painkillers, such as morphine, oxycodone and fentanyl, target receptors on brain cells called mu opioid receptors. In contrast, the researchers studied kappa opioid receptors, which operate very differently. Activating the kappa receptor makes people feel depressed, sad and unmotivated. So the authors thought that by blocking those receptors, they also might dampen the negative emotions associated with pain. Their findings are published in the journal Neuron.

Some of the rats in the study had been injected in a paw with a substance that causes persistent inflammation. To measure the emotional effects of that pain, the researchers used a rewarding task in which the animals could work for sugar as a way to measure motivation. After being taught to push a lever to get sugar, most rats will keep pushing. In these experiments, the animals had to push the lever progressively more each time they wanted a pellet of sucrose.

"When the animals experienced pain, they were less motivated to work to obtain the reward," said first author. "It's often the same for people in pain who don't get as much pleasure from daily activities they usually enjoy."

But when the rats with inflamed paws were treated with a compound to block kappa opioid receptors in their brains, the animals recovered the motivation to obtain the sugar, and pushed the lever as often as those who did not have inflamed paws.

In addition, the researchers using small animal positron emission tomography (PET) imaging to assess the activity of kappa opioid receptors in the animals' brains. They were able to demonstrate that when rats were in pain, their kappa opioid receptors were very active in a part of the brain -- the nucleus accumbens -- linked to emotion.

The researchers dampened this kappa opioid receptor activity by blocking the release of a natural stimulator of kappa opioid receptors called dynorphin -- which is produced in the brain and is kind of like the inverse of the endorphins released by activities such as exercise.

"By blocking dynorphin release, we were able to restore motivation in the animals despite the fact that we did not completely eliminate their pain," the author said.

The researchers acknowledge it's a long journey from rodents to people. But they already have preliminary PET data from people, suggesting it may be possible to influence kappa opioid receptors and potentially prevent the sadness and lack of motivation that can accompany physical pain. They believe that by attacking pain's emotional properties, without affecting the useful element of the pain response that can protect injuries from further damage, it may be possible to improve quality of life for pain patients without having to use any, or as many, habit-forming opioid pain killers.