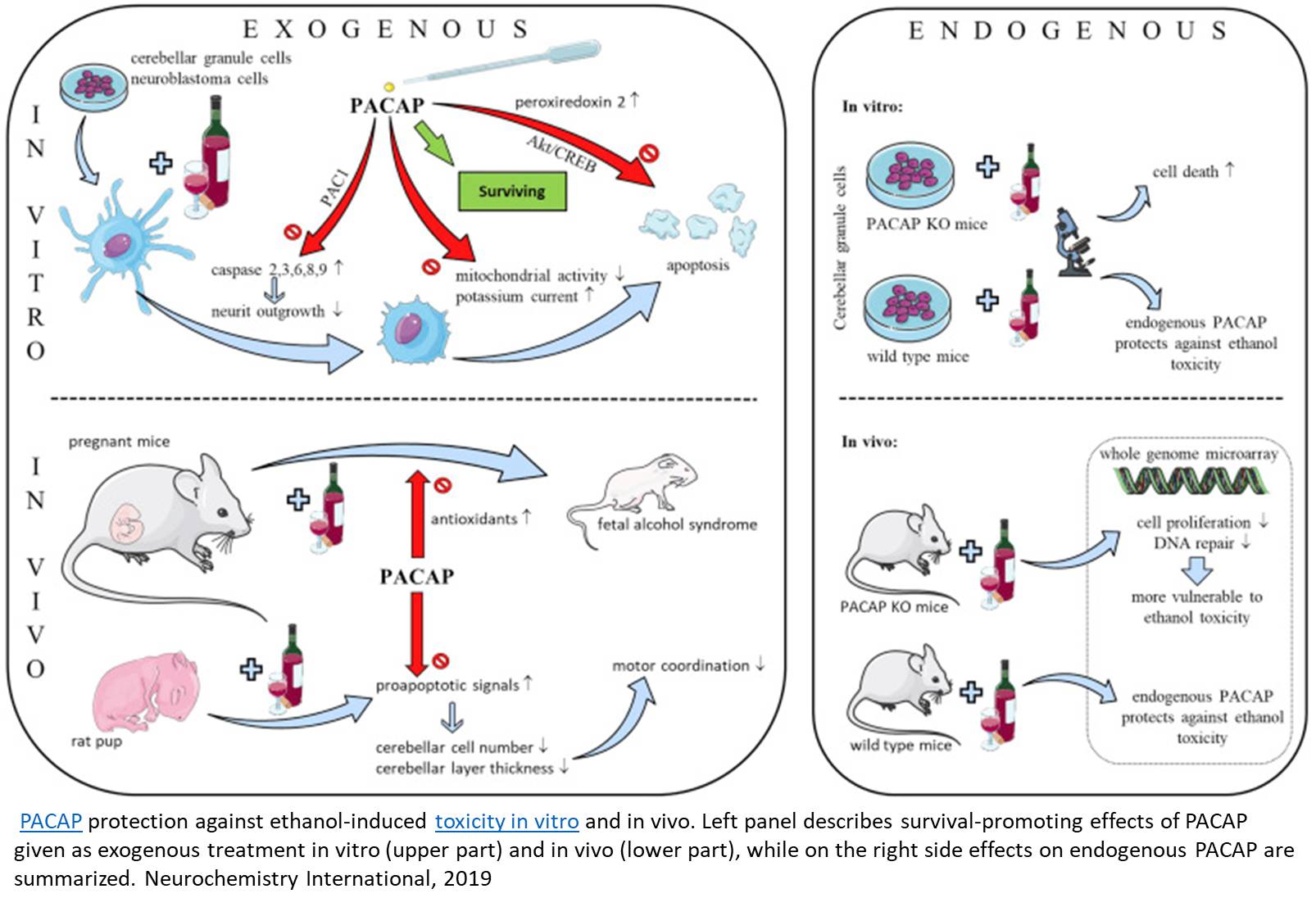 Researchers have identified that a peptide, pituitary adenylate cyclase-activating mediator of compulsive consumption of alcohol. In addition, they have discovered that this polypeptide acts in an area of the brain called the Bed Nucleus of the Stria Terminalis, or BNST, a region involved in fear, anxiety and stress responses, to exert these effects.

Alcohol use disorder or AUD is a chronic relapsing brain disorder characterized by an impaired ability to stop or control alcohol use despite adverse social, occupational or health consequences. An estimated 15 million people in the U.S. have AUD. Approximately 5.8 percent or 14.4 million adults in the U.S. ages 18 and older had AUD in 2018, including 9.2 million men and 5.3 million women.

Comparing two experimental models, the researchers observed anxiety-like behavior and spontaneous compulsive alcohol drinking among the alcohol dependent models when compared to control models that were not alcohol dependent. The researchers believe these observations suggest that during withdrawal the brain's stress system gets recruited and is responsible for a negative emotional state that drives compulsive alcohol drinking through a negatively reinforced mechanism. "In other words, what we know from the literature and was confirmed by this study is that the negative reinforced mechanism consists of the insurgence of anxiety during withdrawal (which we call "dark side") which in turn drives compulsive drinking as a form of paradoxical self-medication," explained co-corresponding author.

During withdrawal the alcohol-dependent models show increased levels of the stress neuropeptide PACAP selectively in the BNST, compared to control models. This observation led the researchers to administer an experimental drug that blocks the effects of PACAP directly into the BNST of both the alcohol-dependent model and the controls. "We found that this treatment was able to completely block both the high anxiety-like behavior and the compulsive ethanol drinking of ethanol-dependent models without affecting behavior in the control models," said co-corresponding author.

According to the researchers, these results provide further evidence that alcohol addiction, as many other forms of addictive disorders, is rooted in a negatively reinforced mechanism. "Compulsive alcohol drinking is mainly driven by a withdrawal-dependent negative emotional state. In this context, we found a new key player, PACAP, driving the negative reinforcing properties of alcohol and which can be targeted for the development of pharmacological therapies," added the author.