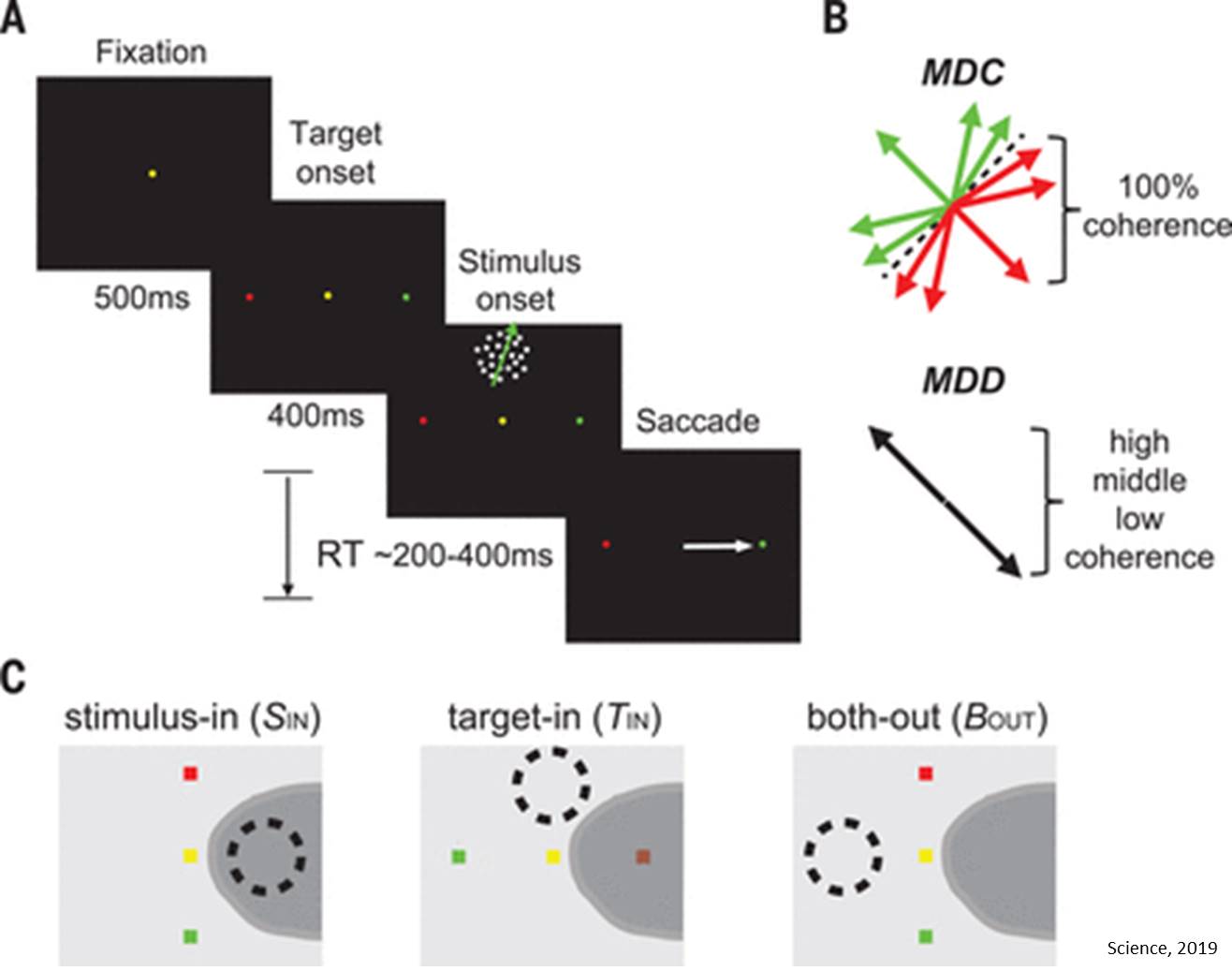 New research by neuroscientists shows that the posterior parietal cortex (PPC), an area of the brain often associated with planning movements and spatial awareness, also plays a crucial role in making decisions about images in the field of view.

"Traditionally this part of the brain has been thought to be involved in controlling spatial attention and planning actions. There has been less attention paid to how much of a role this brain area plays in processing the visual stimuli themselves," said the senior author of the study, published in Science. "Here we were able to show that it plays an important role in making sense of the things we see, perhaps even more so than its role in planning your next action or directing your attention."

For the new study, the researchers tested whether a specific region of the PPC called the lateral intraparietal area (LIP) was directly involved in guiding these decisions. They gave the animals a drug which temporarily halted neural activity in the LIP area, then they had the monkeys perform the same tasks. While the drug was active, the monkeys' decisions about the visual patterns they viewed were impaired; once the drug wore off, their decisions returned to normal.

The researchers also recorded activity in the same pool of neurons once the drug had worn off and found that activity in that area of the brain was indeed strongly correlated with the same kinds of decisions which had been impaired during the experiments.

The findings provide new context to help understand why a 2016 study by another group in Nature reported that deactivating parts of LIP seemed not to have any impact on decision making. That study only examined LIP's role in motor planning--such as the decision about whether to look leftwards or rightwards. In contrast, the current study shows that LIP is more involved in making sense of the visual images that the subjects are viewing, rather than deciding which actions they should take next.

"All the neuronal data we examined in our past experiments gave us the impression that this area of the brain was involved in processing the meaning of visual images during decision making," the senior author said. "Now we find that indeed, when we temporarily shut the activity down in that part of the brain it really does affect the sensory parts of decisions."

The new study provides an opportunity for neuroscientists to rethink the brain mechanisms involved in decision-making, visual categorization, and sensory and motor processing. The work could also lead to a deeper understanding of how the brain interprets the things we see in order to make decisions. Understanding this process in detail will be critical for developing new treatments for brain-based diseases and disorders which affect decision making.

"These results show that the brain's parietal cortex is an important hub for guiding decisions, so now we're even more motivated to move ahead and try to work out the details of neural circuits in this part of the brain that actually carry out these cognitive functions," the senior author said.

How memories form in real time

Link between chronic pain and lack of sleep