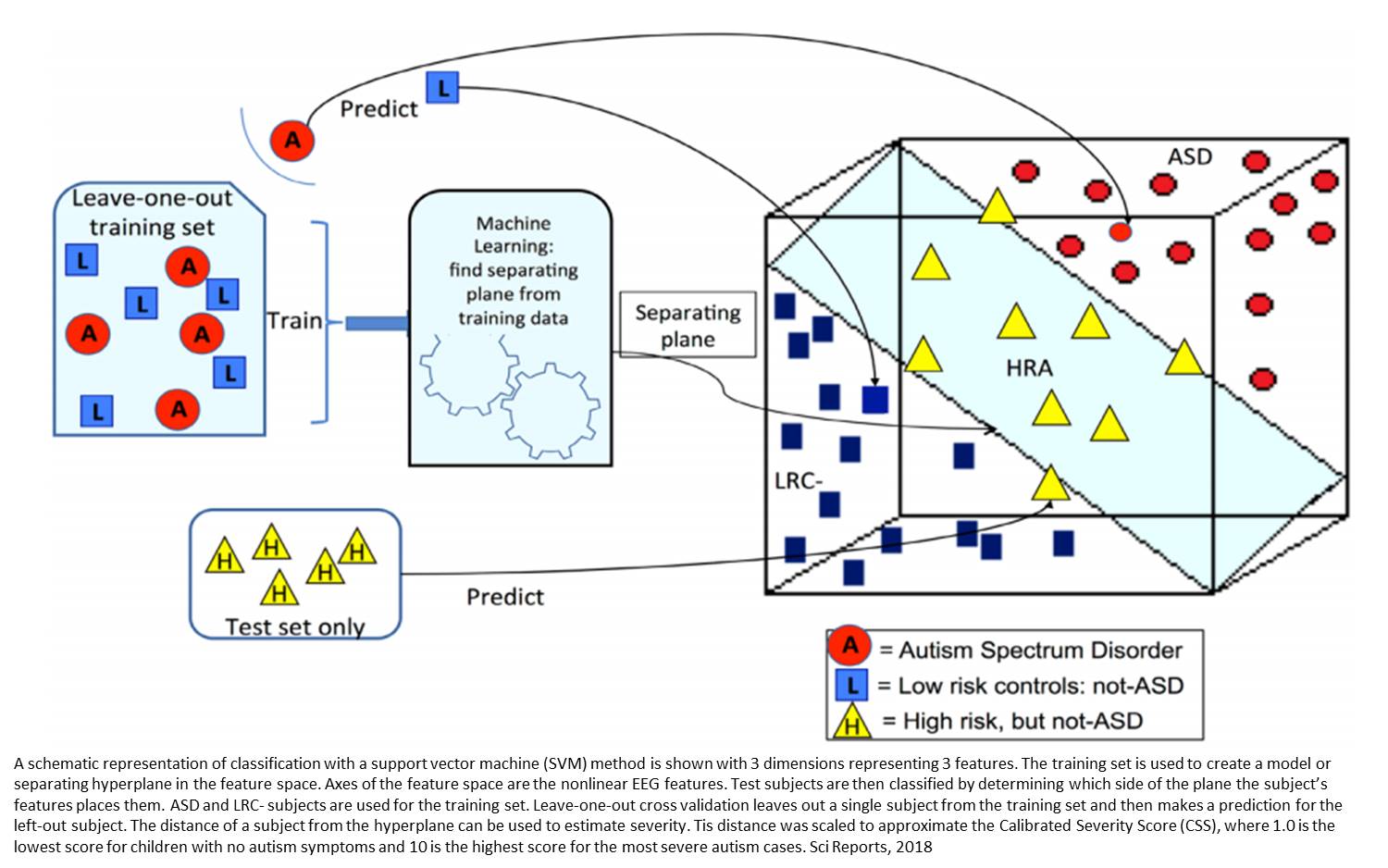 Autism is challenging to diagnose, especially early in life. A new study in the journal Scientific Reports shows that inexpensive EEGs, which measure brain electrical activity, accurately predict or rule out autism spectrum disorder (ASD) in infants, even in some as young as 3 months.

"EEGs are low-cost, non-invasive and relatively easy to incorporate into well-baby checkups," says co-author of the study. "Their reliability in predicting whether a child will develop autism raises the possibility of intervening very early, well before clear behavioral symptoms emerge. This could lead to better outcomes and perhaps even prevent some of the behaviors associated with ASD."

The Infant Screening Project provided EEG data from 99 infants considered at high risk for ASD (having an older sibling with the diagnosis) and 89 low-risk controls (without an affected sibling). The EEGs were taken at 3, 6, 9, 12, 18, 24 and 36 months of age by fitting a net over the babies' scalps with 128 sensors as the babies sat in their mothers' laps. (An experimenter blew bubbles to distract them.) All babies also underwent extensive behavioral evaluations with the Autism Diagnostic Observation Schedule (ADOS), an established clinical diagnostic tool.

The computational algorithms analyzed six different components (frequencies) of the EEG (high gamma, gamma, beta, alpha, theta, delta), using a variety of measures of signal complexity. These measures can reflect differences in how the brain is wired and how it processes and integrates information, says the author.

The algorithms predicted a clinical diagnosis of ASD with high specificity, sensitivity and positive predictive value, exceeding 95 percent at some ages. Nonlinear features were computed from EEG signals and used as input to statistical learning methods. Prediction of the clinical diagnostic outcome of ASD or not ASD was highly accurate when using EEG measurements from as early as 3 months of age. Specificity, sensitivity and PPV were high, exceeding 95% at some ages.

Prediction of ADOS calibrated severity scores for all infants in the study using only EEG data taken as early as 3 months of age was strongly correlated with the actual measured scores.

"The results were stunning," author says. "Our predictive accuracy by 9 months of age was nearly 100 percent. We were also able to predict ASD severity, as indicated by the ADOS Calibrated Severity Score, with quite high reliability, also by 9 months of age."

The author believes that the early differences in signal complexity, drawing upon multiple aspects of brain activity, fit with the view that autism is a disorder that begins during the brain's early development but can take different trajectories. In other words, an early predisposition to autism may be influenced by other factors along the way.

"We believe that infants who have an older sibling with autism may carry a genetic liability for developing autism," says the co-author. "This increased risk, perhaps interacting with another genetic or environmental factor, leads some infants to develop autism -- although clearly not all, since we know that four of five "infant sibs" do not develop autism." PTSD could be prevented by blocking memory consolidation pathway!