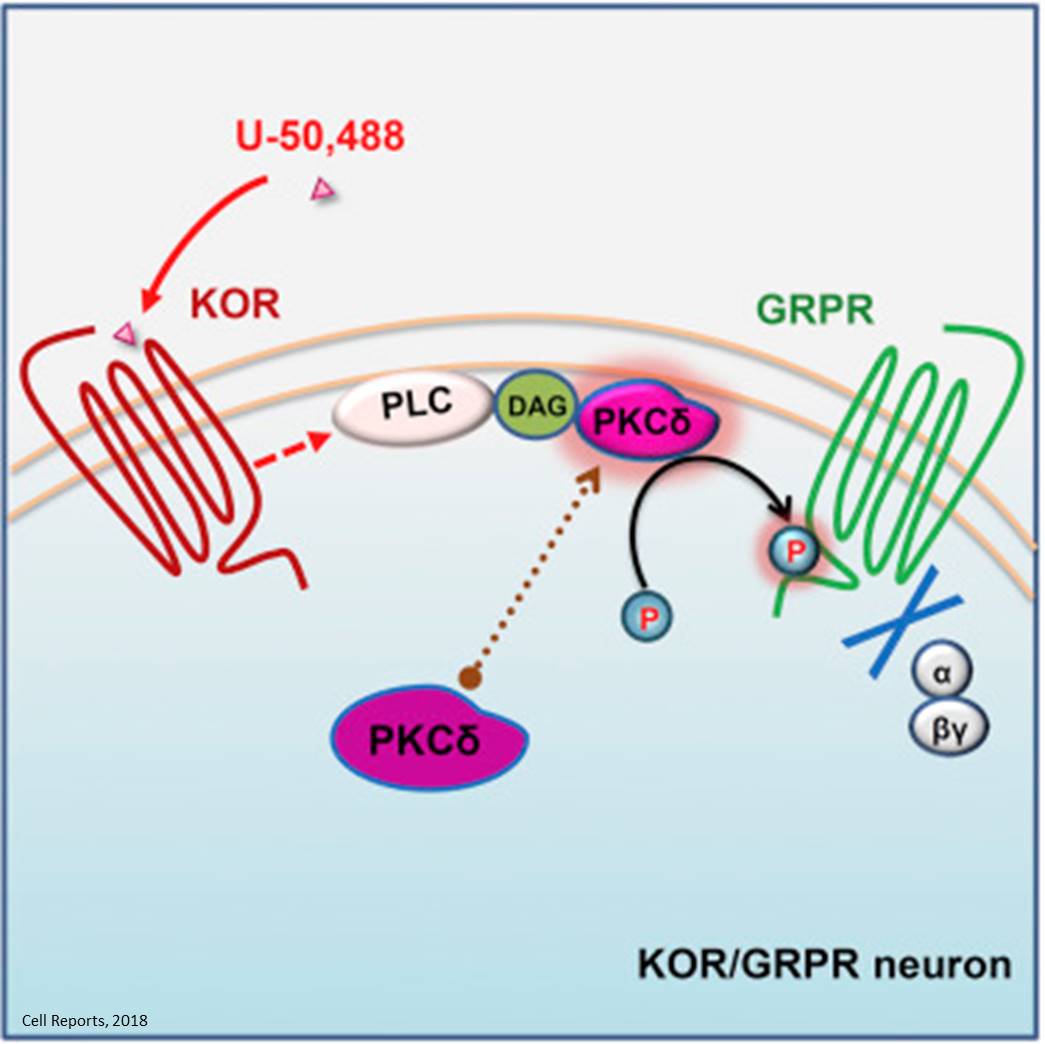 A common side effect of opioids is intense itching -- a problem for some patients who need the drugs for pain relief and for others fighting addiction.

Now, studying mice, researchers have found that a drug called nalfurafine hydrochloride can deliver itch relief by targeting particular opioid receptors on neurons in the spinal cord. The drug (brand name Remitch) is approved in Japan to alleviate itching in dialysis patients with chronic kidney disease and in patients with severe liver disease. The drug also is being tested for its anti-itch effects in the U.S., but until now scientists haven't understood how it works.

The new study suggests that the drug may be effective against many types of chronic itching that don't respond to conventional drugs such as antihistamines. The drug targets what's known as kappa opioid receptors on neurons in the spinal cord. While other opioid receptors on the same neurons can ramp up itching, this study shows that activating the kappa receptor significantly dials down itching. The findings are published in the journal Cell Reports.

"The kappa opioid receptors activate a pathway that tamps down the activity of GRPR, which our lab previously identified as the first itch gene," said senior investigator. "This gene relays itch signals from the spine to the brain."

Researchers studied mice treated with a substance to make them feel itchy. Others had been genetically engineered to develop chronic itching. When the researchers injected the drug directly into the spinal cords of the animals, their scratching was markedly reduced.

The team found that about half of the neurons in the spinal cord that transmit itch signals have kappa opioid receptors, and when those receptors are activated, they inhibit GRPR.

It may not be practical to administer spinal cord injections of drugs to patients with chronic itch -- whatever the cause -- but now that the researchers have identified a way to alleviate such itching, they can try to activate the same receptor in other ways. Or, the senior author said, they may target some of the downstream molecules that are activated when the kappa receptor is targeted.

"Some molecules downstream from the kappa receptor may still be able to tamp down itching without causing any unwanted side effects that may occur when drugs activate the kappa receptor in parts of the body outside of the spinal cord," explained the senior author.

The team is working to learn whether those strategies will work in mice, with the hope that the same molecules eventually may become therapeutic targets in people with chronic itch.