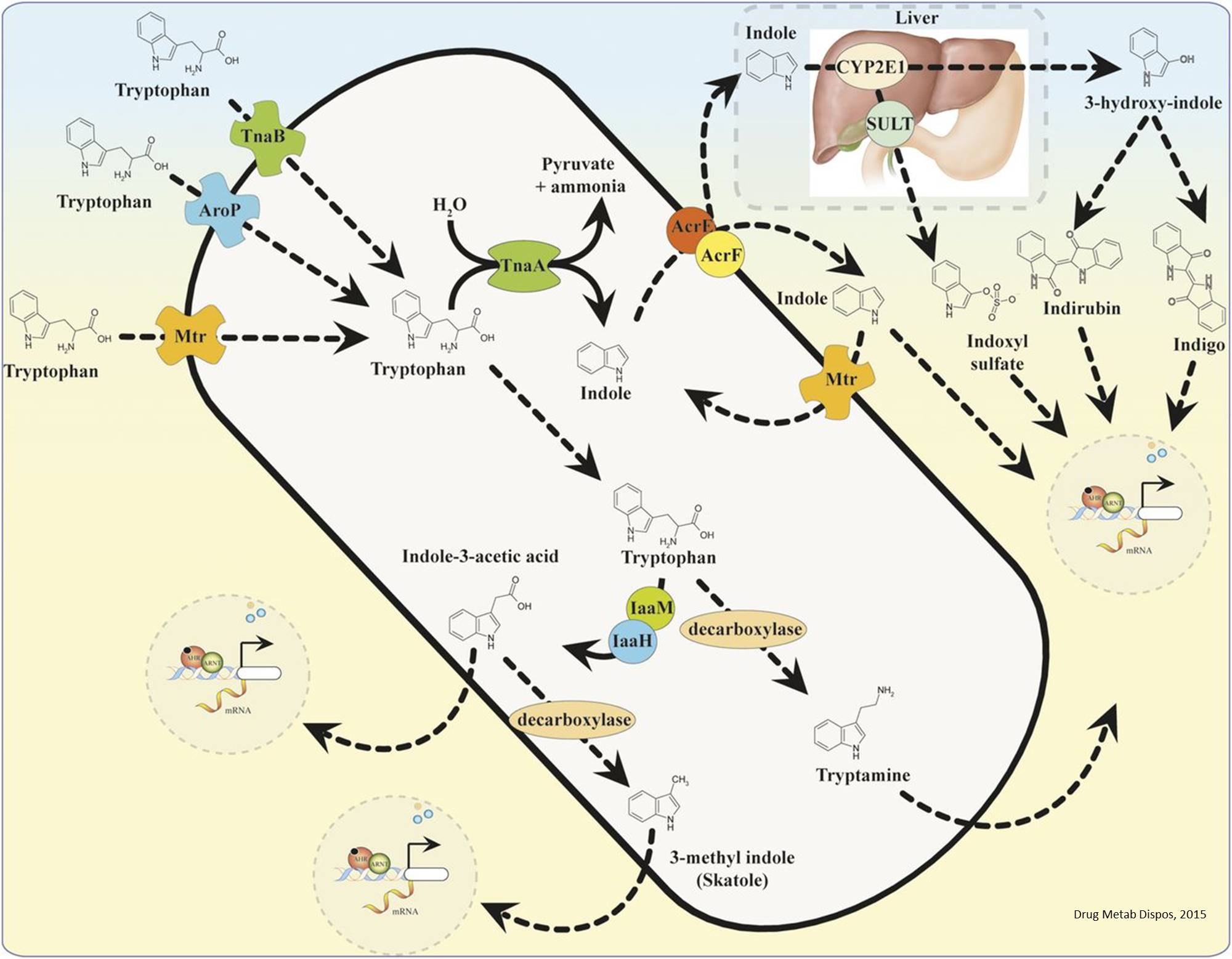 Immune cells patrol the gut to ensure that harmful microbes hidden in the food we eat don't sneak into the body. Cells that are capable of triggering inflammation are balanced by cells that promote tolerance, protecting the body without damaging sensitive tissues. When the balance tilts too far toward inflammation, inflammatory bowel disease can result.

Now, researchers have found that a kind of tolerance-promoting immune cell (CD4+CD8αα+ double-positive intraepithelial T lymphocytes, DP IELs) appears in mice that carry a specific bacterium in their guts. Further, the bacterium ­needs tryptophan -- one of the building blocks of proteins -- to trigger the cells' appearance.

"We established a link between one bacterial species -- Lactobacillus reuteri -- that is a normal part of the gut microbiome, and the development of a population of DP IELs that promote tolerance," said the study's senior author. "The more tryptophan the mice had in their diet, the more of these immune cells they had."

If such findings hold true for people, it would suggest that the combination of L. reuteri and a tryptophan-rich diet may foster a more tolerant, less inflammatory gut environment, which could mean relief for the million or more Americans living with the abdominal pain and diarrhea of inflammatory bowel disease.

Researchers studying a kind of immune cell that promotes tolerance, discovered that one group of study mice had such DP IELs, while a second group of study mice that were the same strain of mice but were housed far apart from the first group did not have such cells.

The mice were genetically identical but had been born and raised separately, indicating that an environmental factor influenced whether the DP IELs developed.

They suspected the difference had to do with the mice's gut microbiomes -- the community of bacteria, viruses and fungi that normally live within the gastrointestinal tract.

Researchers sequenced DNA from the intestines of the two groups of mice. They found six bacterial species present in the mice with the DP IELs but absent from the mice without them.

The researchers turned to mice that had lived under sterile conditions since birth to identify which of the six species was involved in inducing the DP IELs. Such mice lack a gut microbiome and do not develop this kind of immune cell. When L. reuteri was introduced to the germ-free mice, the immune cells arose.

To understand how the bacteria affected the immune system, the researchers grew L. reuteriin liquid and then transferred small amounts of the liquid -- without bacteria -- to immature immune cells isolated from mice. The immune cells developed into the tolerance-promoting cells. When the active component was purified from the liquid, it turned out to be a byproduct of tryptophan metabolism known as indole-3-lactic acid.

People have the same tolerance-promoting cells as mice, and most of us shelter L. reuteri in our gastrointestinal tracts. It is not known whether tryptophan byproducts from L. reuteri induce the cells to develop in people as they do in mice, but defects in genes related to tryptophan have been found in people with inflammatory bowel disease.

"The development of these cells is probably something we want to encourage since these cells control inflammation on the inner surface of the intestines," author said. "Potentially, high levels of tryptophan in the presence of L. reuteri may induce expansion of this population."