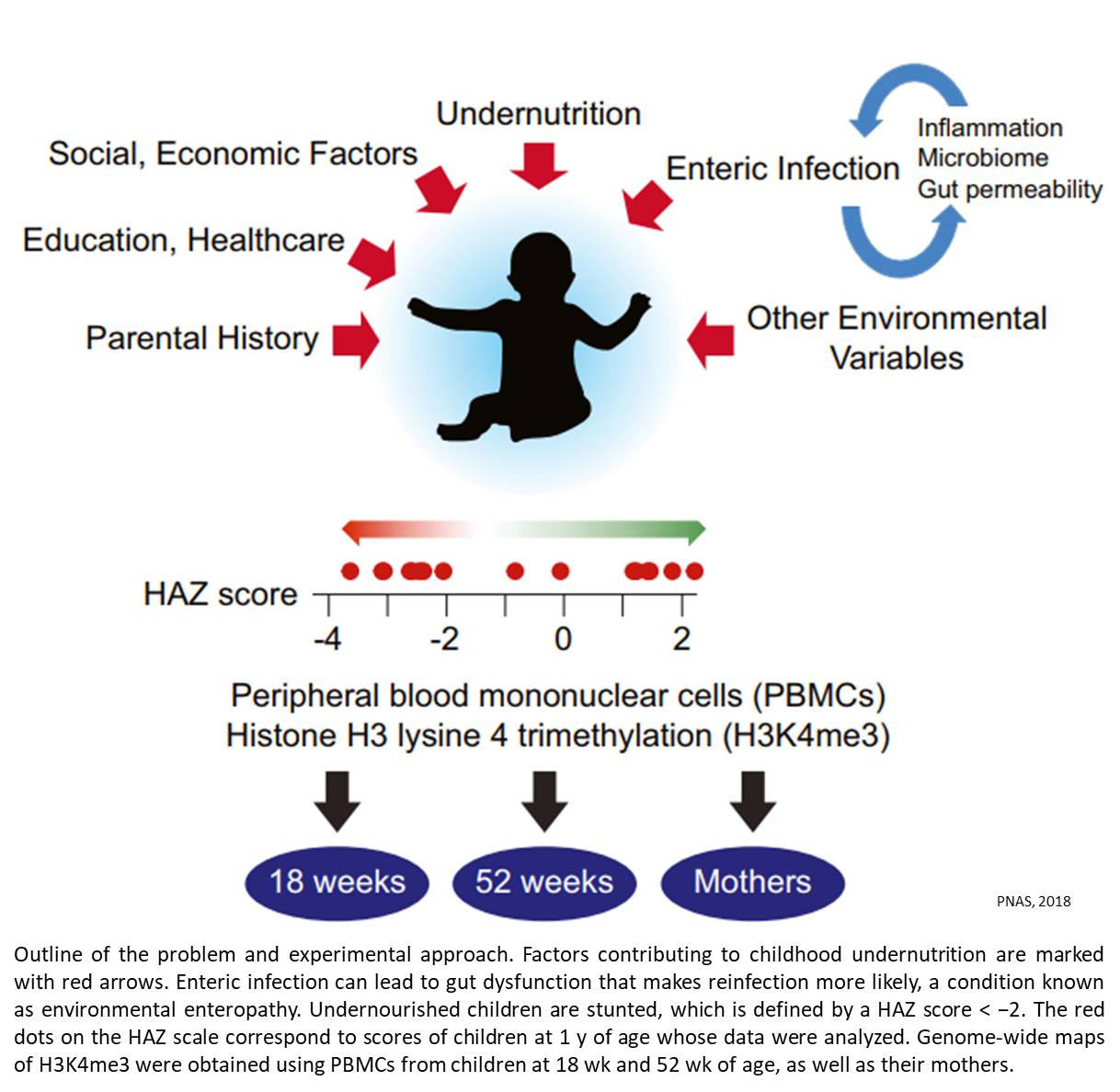 Chronically insufficient nutrition can result in growth stunting early in life, with persistent effects throughout adulthood. However, few studies have uncovered epigenetic signatures tied to growth impairment in undernourished children.

Researchers used high-throughput DNA sequencing and biochemical methods to uncover changes in histone methylation patterns in peripheral blood mononuclear cells from children and mothers in the PROVIDE study, a longitudinal study that enrolled around 700 newborn children living in a slum in Dhaka, Bangladesh; stunting increased across the cohort during the first year of life.

Compared with controls without stunting, blood cells from stunted children exhibited a shift in the pattern of methylation of the lysine 4 residue in histone H3—dubbed H3K4me3—in chromatin. The shift was marked by a drop in methylation at the transcriptional start sites of metabolic and immune genes and a rise in methylation at other sites in the genome.

The authors suggest that these global methylation changes observed in the first year of life in stunted children reflect growth in a nutrient-poor environment. Genes involved in chromatin modification, including H3K4me3 dynamics, immune responses, and lipid metabolism were differentially expressed in stunted and normal children.

Finally, mouse studies suggested that the gene for LDL receptor 1, which imports lipids and immune molecules into cells, contributes to growth stunting. Together, the findings uncover epigenetic signatures of stunting tied to chronic undernutrition, according to the authors.