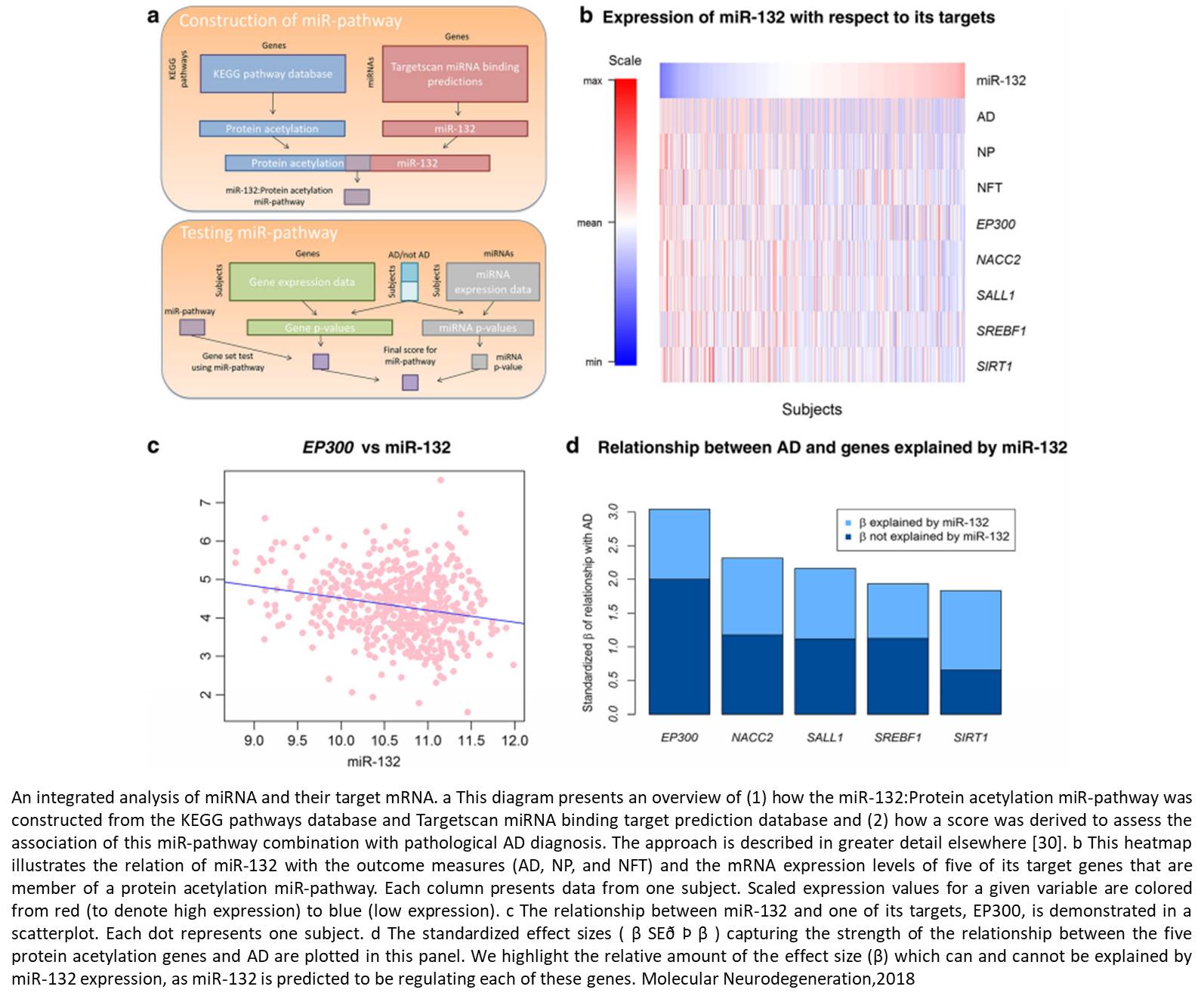 A team of scientists set out to identify small regulatory molecules called miRNAs that are involved in the development of Alzheimer’s disease. They found a handful of candidates that were upregulated in different animal models and in patients, but their link to the disease turns out to be more puzzling than anticipated.

Alzheimer’s disease is the most common cause of dementia, affecting nearly 25 million people worldwide. Patient brains display plaques and tangles, two pathological hallmarks of the disease, but how exactly these develop and cause widespread neuronal loss remains the focus of intense research.

Scientists have studied the levels of small regulatory RNA molecules, microRNAs or miRNAs for short, in different mouse models of Alzheimer’s disease: one with amyloid-beta (plaques) and one with tau pathology (tangles).

The team identified six miRNAs that were upregulated in both types of mice, four of which were confirmed to be upregulated in Alzheimer’s patients as well. Interestingly though, inducing upregulation of these miRNAs in normal mice does not cause Alzheimer-like memory symptoms.

“The four miRNAs we identified appear to be part of a core pathological process, however, they don’t appear to cause any cognitive disturbances in healthy mice,” says first-author of the study.


While these negative results contradicted the researchers’ initial hypothesis, the findings are intriguing, says the author: “Since some of these miRNAs target the expression of Alzheimer’s-linked proteins, it is possible they may actually be protective instead. More research is needed to determine whether this is indeed the case.”