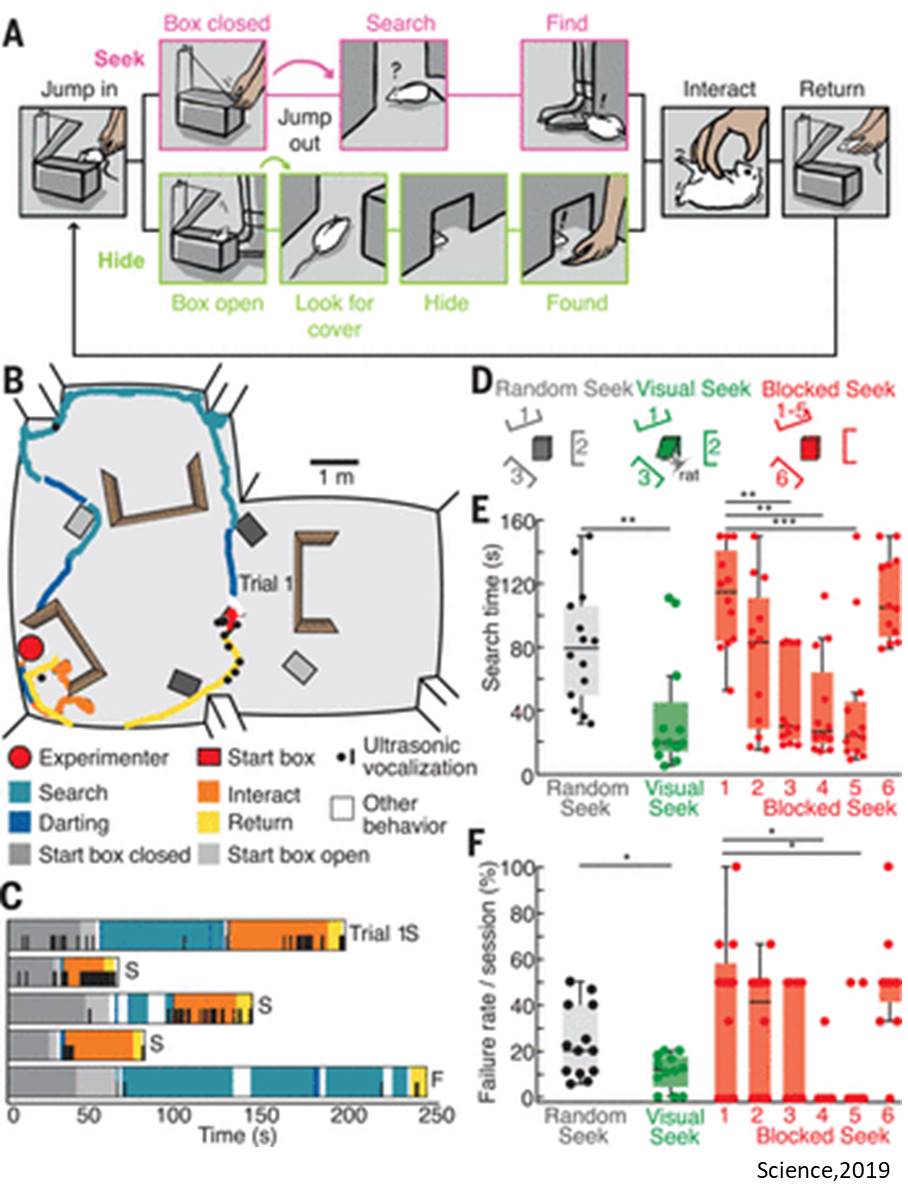 Rats can be taught to play hide and seek with humans and can become quite skilled at the game, according to a new study, which presents a novel paradigm for studying insights into the neurobiology of playful behavior in animals.

The inherent characteristics of animal play behavior - that it is free and provides no benefits beyond the game - make it difficult to evaluate using the traditional methods of neuroscience, which often rely on strict control and conditioning. As a result, very little is known about the prevalence or neural basis of playful behaviors in animals.

The authors taught rats to play a simplified, rat-versus-human version of "Hide and Seek," a game played by humans across cultures worldwide. After a few weeks, the rats were not only able to play the game but learned how to alternate between hiding and seeking roles. They learned how to perform each role at a highly proficient level.

According to the authors when seeking, the animals learned to look for a hidden human and to keep looking until they found them. When in a hiding role, the rats remained in place until discovered by the human player.

Rather than food, the authors rewarded successful hiding and seeking behaviors with playful social interactions, such as tickling, petting or rough-and-tumble-like play. The results show that the animals became more strategic players over time - employing systematic searches, visual cues and investigating the past hiding places of their human counterparts.

When hiding, they remained silent and changed their locations, preferring to be concealed in opaque cardboard boxes over transparent boxes. The authors also observed rat vocalizations unique to each role and associated neuronal recordings revealed intense activity in the prefrontal-cortex that varied with game events.