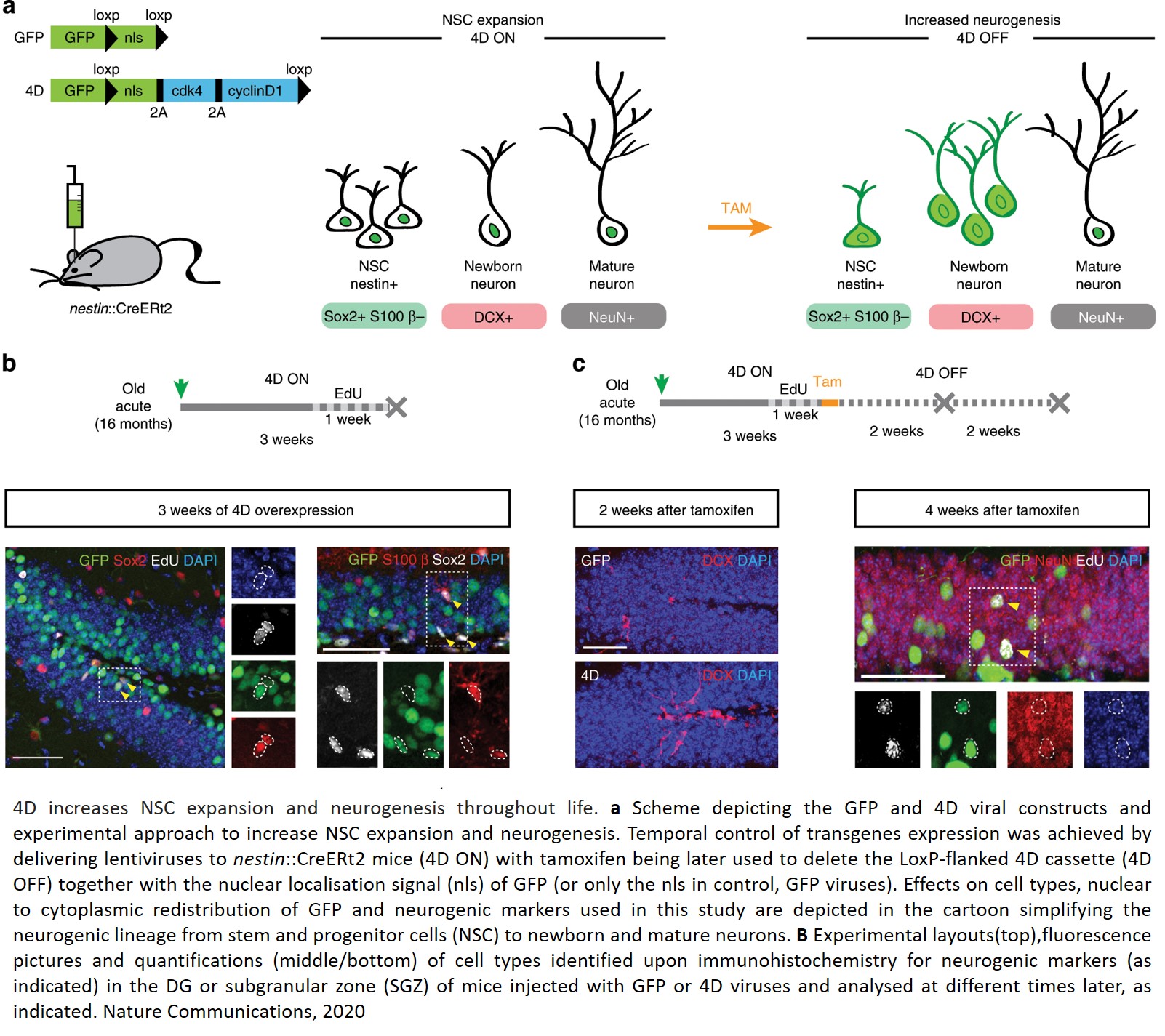 We all will experience it at some point, unfortunately: The older we get the more our brains will find it difficult to learn and remember new things. What the reasons underlying these impairments are is yet unclear but scientists wanted to investigate if increasing the number of stem cells in the brain would help in recovering cognitive functions, such as learning and memory, that are lost during ageing.

To investigate this, the research group used a method developed in the lab to stimulate the small pool of neural stem cells that reside in the brain in order to increase their number and, as a result, to also increase the number of neurons generated by those stem cells. Surprisingly, additional neurons could survive and form new contacts with neighbouring cells in the brain of old mice. Next, the scientists examined a key cognitive ability that is lost, similarly in mice and in humans, during ageing: navigation.

It is well known that individuals learn to navigate in a new environment in a different way depending on whether they are young or old. When young, the brain can build and remember a cognitive map of the environment but this ability fades away in older brains. As an alternative solution to the problem, older brains without a cognitive map of the environment need to learn the fixed series of turns and twists that are needed to reach a certain destination. While the two strategies may superficially appear similar, only a cognitive map can allow individuals to navigate efficiently when starting from a new location or when in need of reaching a new destination.

Would boosting the number of neurons be sufficient to counteract the decreasing performance of the brain in navigation and slow down this ageing process? The teams found the answer to this challenging question and published it this week in the scientific journal Nature Communications.

The answer is "Yes": Old mice with more stem cells and neurons recovered their lost ability to build a map of the environment and remembered it for longer times making them more similar to young mice. Even better, when neural stem cells were stimulated in the brain of young mice, cognitive impairments were delayed and memory was better preserved over the entire course of the animal natural life.

In young individuals, a brain area called the hippocampus is crucial for remembering places and events, and is also responsible for creating maps of new environments. However, old individuals use other structures that are more related to the development of habits. It was very interesting to see that adding more neurons in the hippocampus of old mice allowed them to use strategies typical of young animals. It was not only about how fast they were learning but, rather, how different the learning process itself was ", explains the first author of the study.

"Also humans have a few stem cells in the brain and these stem cells are known to severely reduce in numbers over the course of life. Identifying the causes underlying cognitive deficits in ageing and rescuing them is crucial for our rapidly ageing societies. Our work demonstrates that age-related impairments can be rescued by hijacking the endogenous neurogenic potential of the brain, thus, rejuvenating its function. Being a human myself with my own stem cells and being the senior author of this study, I felt that I had a personal interest in this topic." says the senior author of this study.