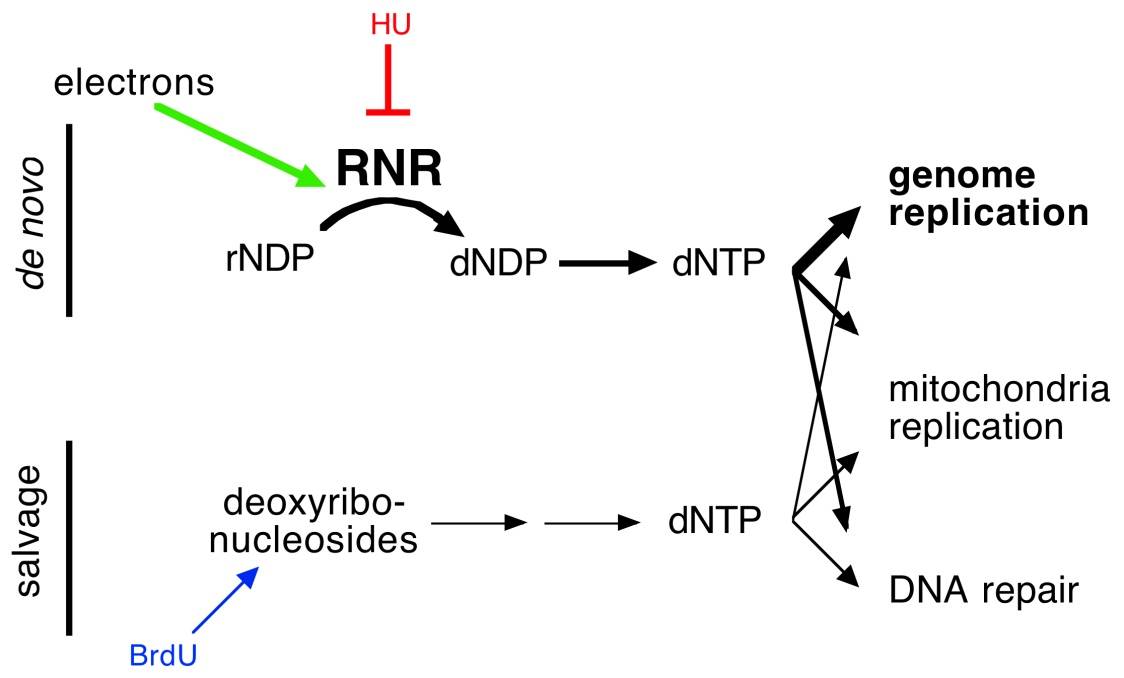 New DNA is generated in human cells from tiny building blocks called nucleotides produced by an enzyme called RNR (ribonucleotide reductase). Until now, we have not fully understood how exactly the RNR rhythm and the presence of right amount of nucleotides are aligned with the pace of DNA replication.

Now, researchers have mapped the flow and regulation of nucleotides. The flow follows the same rhythm as replication of DNA does - and when it does not, the cells regulate the process to align the two.

"We can see that these processes follow the same periodic rhythm. We found a mechanism that instantly slows down DNA-replication when RNR, the nucleotide factory, gets out of that rhythm, but well before the nucleotide supply becomes critically low, says the researcher.

The research group found that the cell reacts to even small changes in the flow of nucleotides. If the production falters, a chemical signal consisting of reactive oxygen species (ROS) spreads the message to slow down the DNA replication.

Their research paper; published in the journal Science, reports that such communication between nucleotide supply and DNA replication speed is possible thanks to the fact that all sites in human genome that actively copy DNA contain a protein called PRDX2 (peroxiredoxin 2) that senses this chemical alert.

When this happens, the PRDX2 protein releases an accelerator called TIMELESS from the DNA, and this release slows down the pace with which cell cope their DNA. Slower DNA replications allows for the production of nucleotides to catch up and get back to the same rhythm with DNA synthesis. Because of this, there are almost always enough nucleotides to build the DNA, which is turn is critically important for the copying the healthy genomes without mistakes.

This finding sheds light on several illnesses, but is especially important in relation to cancer. The researchers show that they can deactivate the chemical signal that alerts the cells to problems with nucleotide production. Under such conditions, cells cannot slow down the replication process, and the researchers propose that this would impede proliferation of cancer cells because they are particularly vulnerable to a high replication speed.

"We found that cancer cells copy their DNA rather slow, because they have abnormal genomes and replicating DNA has to overcome many obstacles. When we remove their ability to copy their genomes slowly, the cancer cells die because they cannot cope with too many bumps on their DNA templates," says first author of the study.