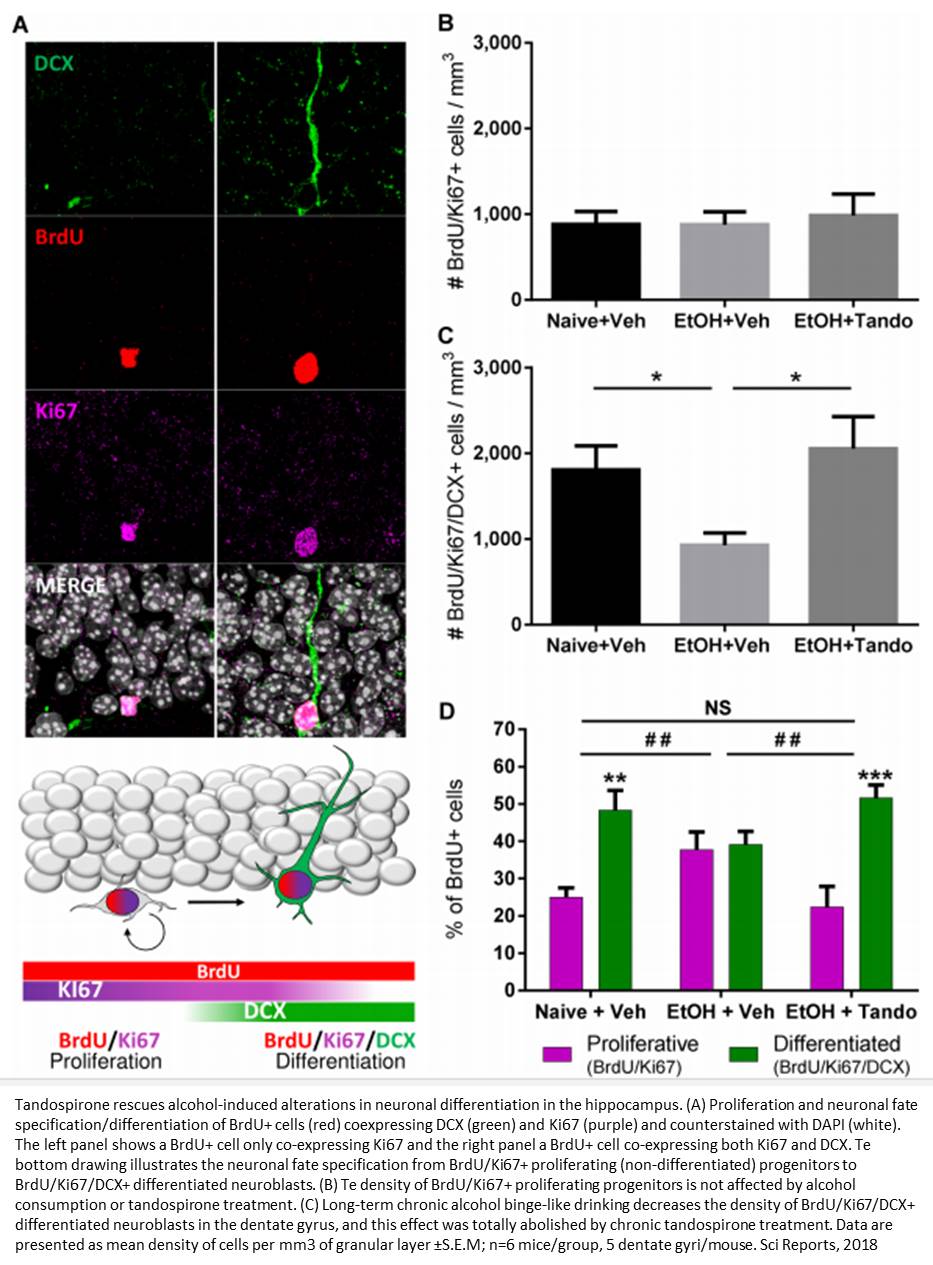 Researchers have identified a drug that could potentially help our brains reboot and reverse the damaging impacts of heavy alcohol consumption on regeneration of brain cells.

Their studies in adult mice show that two weeks of daily treatment with the drug tandospirone reversed the effects of 15 weeks of binge-like alcohol consumption on neurogenesis - the ability of the brain to grow and replace neurons (brain cells). The findings have been published in Scientific Reports.

"This is a novel discovery that tandospirone can reverse the deficit in neurogenesis caused by alcohol," said study leader.

"We know that with heavy drinking you are inhibiting your ability to grow new neurons, brain cells. Alcohol is specifically very damaging for neurons.

"Other studies in mice have shown that tandospirone improves brain neurogenesis, but this is the first time it has been shown that it can totally reverse the neurogenic deficits induced by alcohol.

"This opens the way to look at if neurogenesis is associated with other substance-abuse deficits, such as in memory and learning, and whether this compound can reverse these."

"This drug is relatively new and available only in China and Japan. It is commonly used there and shown to be highly effective in treating general anxiety and well tolerated with limited adverse effects."