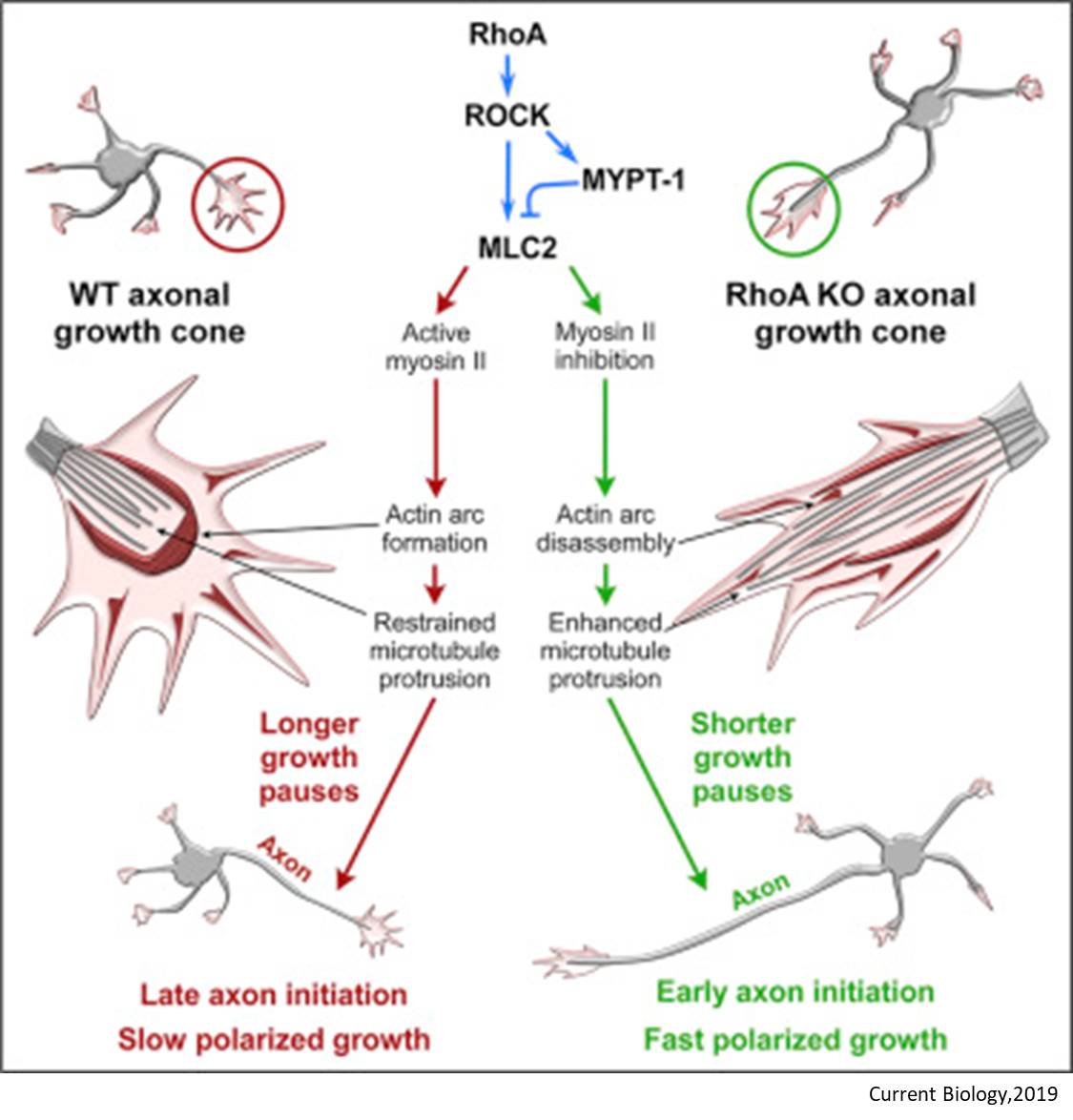 During embryonic development, nerve cells form thin, long extensions, which they use to wire up a complex network, the brain. Scientists have now identified a protein that regulates the growth of these extensions by pulling a brake. In the long run, their findings could help to develop new approaches for the treatment of spinal cord injuries. The study is published in the journal Current Biology.

Neurons transmit electrical signals in a clearly defined direction - they are said to be "polarized". Each neuron receives signals and forwards them via a long extension, the so-called axon, to the next cell. In humans, axons in the spinal cord can become over a meter long. Is it possible to restimulate this impressive growth potential after spinal cord injuries? "To answer this question, we first need to better understand the molecular processes underpinning embryonic development," says the head of the study. They have now come a step closer to this goal by investigating neuronal growth in mice and cell culture.

At the center of the current study is a protein termed RhoA, a jack-of-all-trades among molecules. RhoA interacts with many protein partners and has different functions in a large variety of cells. However, its exact function in neurons had not yet been determined.

"For a long time it was thought that RhoA would determine the polarity of the neuron and thus select the position of axon formation in the cell," explains the senior author. The current study shows that this is not the case: RhoA has little to do with cell polarity and axon specification. Rather, RhoA comes into play only after the axon is formed and regulates its extension via a molecular cascade. This insight could be important for new therapies. "Manipulating the RhoA signaling pathway should thus only affect the growth of the nerve fibers without disturbing the cell's internal organization," says the author.

Like any other cell, neurons have a kind of skeleton that provides them with structure. The authors demonstrated that RhoA activates a molecular signaling pathway that directly targets the cytoskeleton. RhoA restrains axonal elongation by restricting the advancement of so-called microtubules - cytoskeletal building blocks necessary for axon stabilization - into the growth zone of the axon.

"In embryonic development, such a growth brake is probably necessary to coordinate different developmental processes. An accurate understanding of its molecular basis could now help to advance research on spinal cord regeneration after injury. To this end, the brake would need to be released," says the lead author of the study. "The molecular cascade we have identified directly influences the cytoskeleton of the axon and thus provides a good starting point for therapeutic strategies."

In a previous study, the team identified that a group of proteins - the "cofilin/ADF" family - also plays an important role for axon growth. Ultimately, both RhoA and the cofilin/ADF proteins act upon the axon's cytoskeleton, albeit in different ways. Both pathways could be potential targets for future therapies.