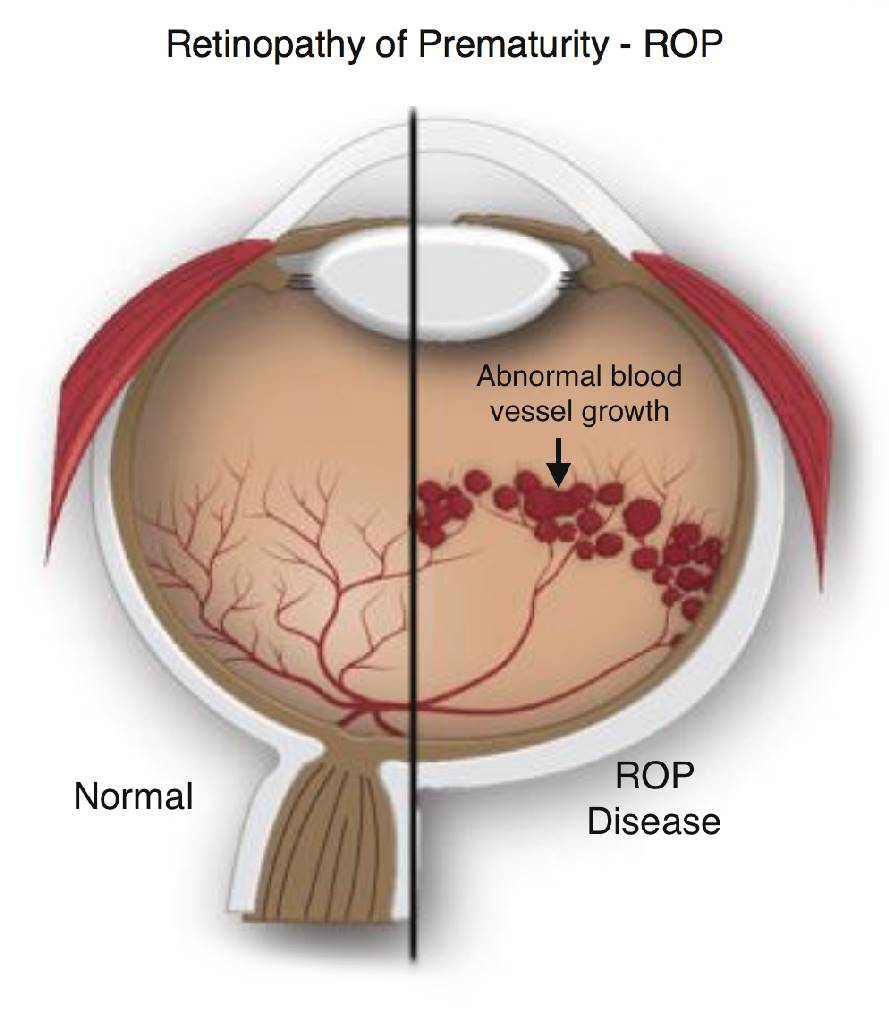 Premature babies with low levels of platelets (thrombocytes) in their blood run a greatly increased risk of being afflicted with a severe variation of retinopathy of prematurity (ROP), an eye disease that can cause blindness, according to a study published in the journal JCI Insight. In experiments on mice, injections of blood platelets reduce the pathological development of retinal vessels.

Retinopathy of prematurity (ROP) mainly affects children born before 28 weeks of pregnancy whose retinal vessels have not finished growing at birth. The children run the risk of permanent vision impairment and in severe cases blindness due to retinal detachment.

The current study points to a correlation between low levels of platelets, whose main task in adults is to inhibit bleeding in blood vessels, and a fourfold increased risk of severe ROP in infants. Observational studies on a total of 202 premature babies with ROP have been conducted in Gothenburg and Stockholm.

"Platelets in the bloodstream contain factors that are like nannies for vascular development. But babies who are born prematurely consume much of their platelets in connection with infections, and an imbalance of these factors arises in the bloodstream and out in the tissue that can lead to pathological vascular development, in this case in the retina," the senior author explains.

"Purely hypothetically, it's conceivable that a transfusion of platelets could be administered to restore balance and calm everything down if there are signs of a growth of pathological blood vessels if the child is found to have low levels of platelets," the senior author says.