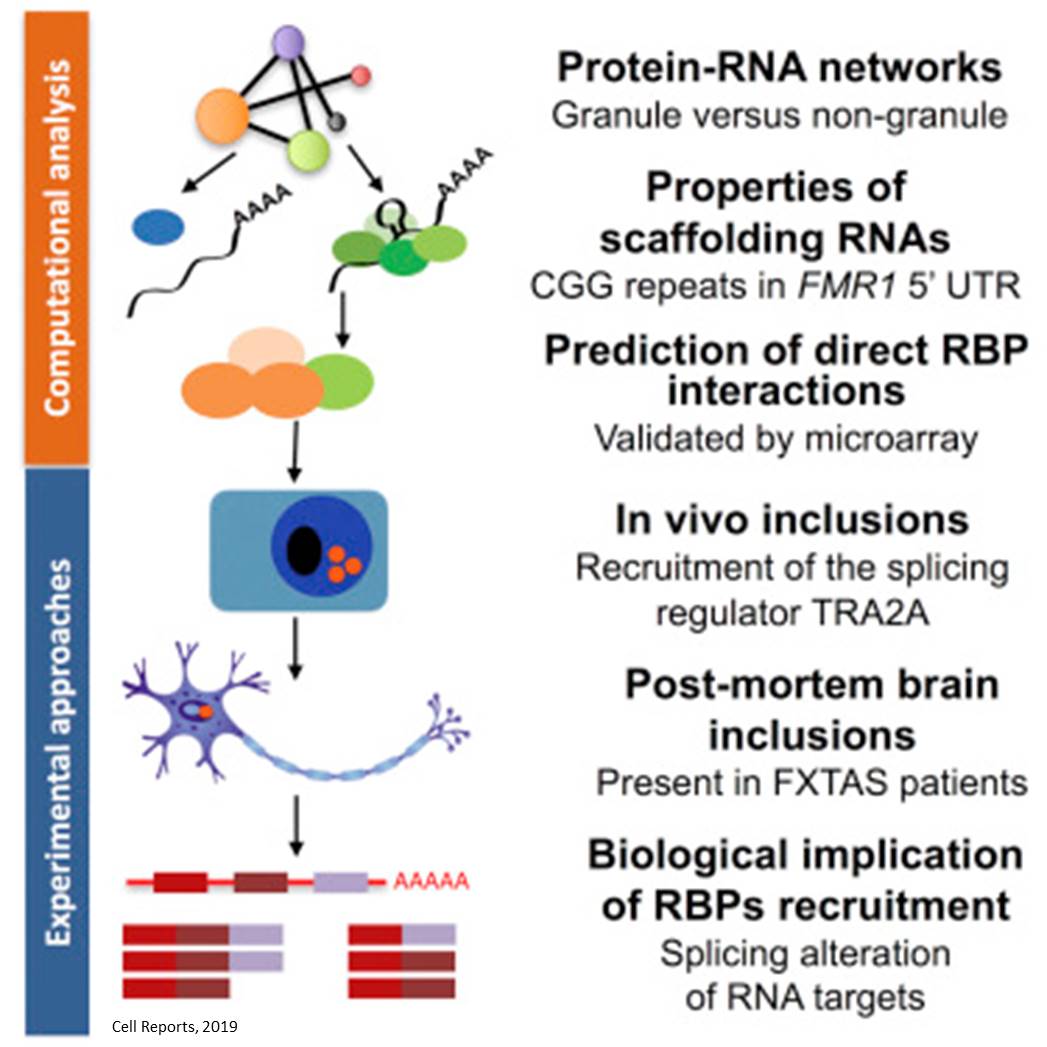 New research reveals RNAs, which are crucial for cells to produce proteins, are also involved in protein aggregation, where proteins do not fold properly and 'clump' together into aggregates. If cells cannot clear these away, they become toxic and prevent cells working properly.

This discovery reveals that RNAs act as a 'scaffold' to hold several proteins that stick to RNAs together, and that certain RNA molecules with distinct properties attract more proteins and encourage proteins to aggregate. They also investigated how an RNA called FMR1 is implicated in a neurodegenerative disease called Fragile X Tremor Syndrome, or FXTAS.

Researchers wanted to understand how RNA can promote aggregation. In their research, published in the journal Cell Reports, they discovered that specific RNAs do indeed interact with many proteins within cells, and that these RNAs have distinct properties - they are structured, have a long area of untranslated genetic code called a UTR region, and often contain several repeats of genetic code (called CGG expansions) within them.

Using theoretical tools, the group investigated how an RNA called FMR1 attracts proteins in FXTA. They then worked out the proteins that bind to FMR1 using novel lab approaches and identified one of them as a protein called TRA2A. Using cells, mouse models of FXTAS and post-mortem samples from patients, they confirmed that TRA2A aggregates with FMR1 in this disease and studied the consequences of its aggregation.

The TRA2A protein that was involved in FXTAS is involved in RNA splicing, a crucial process that ensures the pieces of genetic code are in the correct order and produce the right protein. Because this protein aggregates in FXTAS, it isn't carrying out the splicing process correctly - and as a result many RNAs are altered and cannot work properly.

And the team's biomarker discovery has raised more interesting questions that they'd like to answer. "Many of the genes that we found were deregulated because of protein aggregation are related to brain development, which is a key factor in disease development," explains the senior author.

The team now have an arsenal of proteins to test for FXTAS, and they would like to extend their work to other complex diseases. In the longer term, they would also like to discover the function of sticky RNAs. Together, this work could improve our understanding of complex diseases where protein aggregation is important and could ultimately reveal new ways to treat them.