Role of GABA in type 2 diabetes 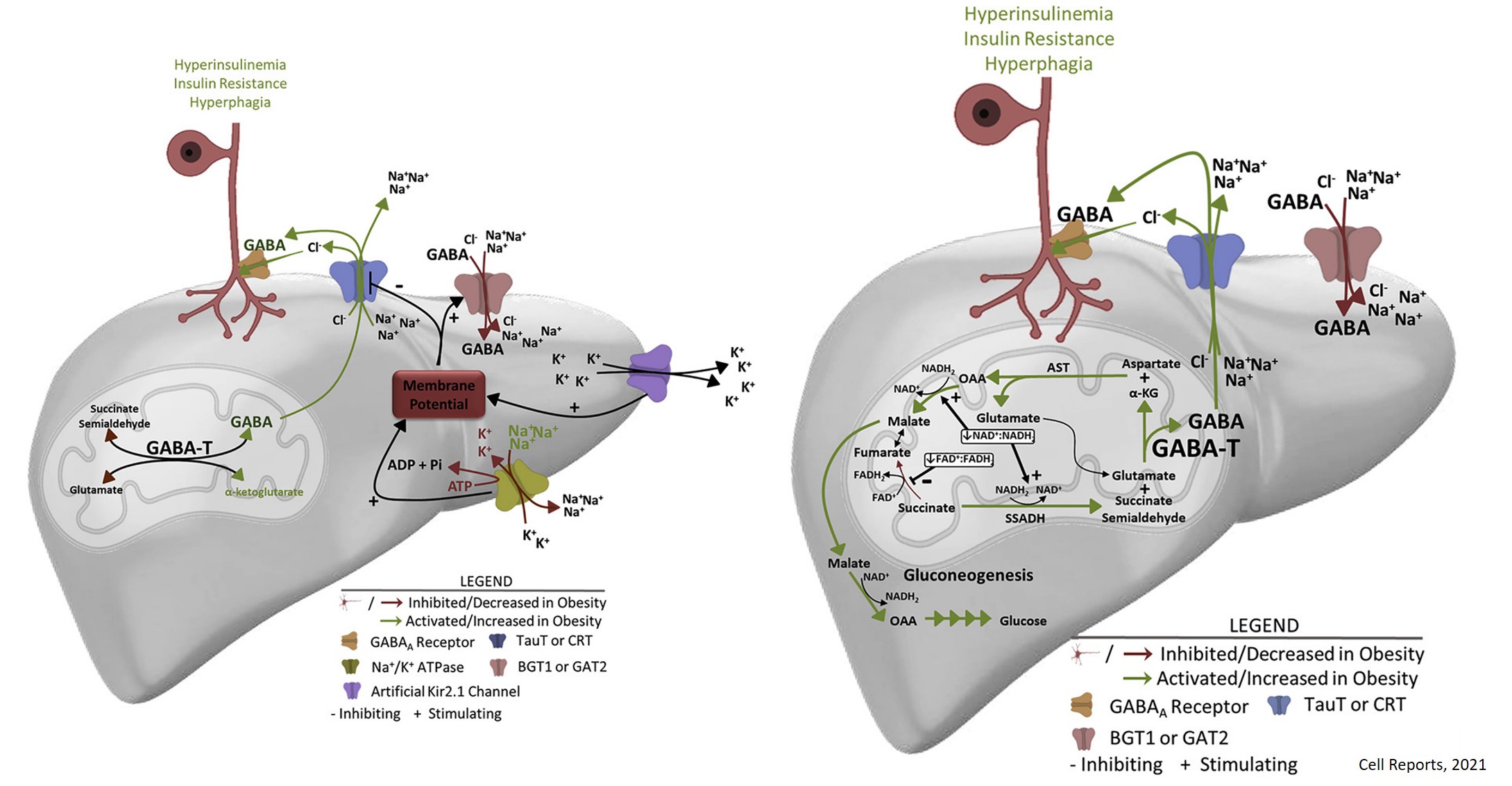 Today, Type 2 diabetes is 24 times more prevalent than Type 1. The rise in rates of obesity and incidence of Type 2 diabetes are related and require new approaches, according to the researchers, who believe the liver may hold the key to innovative new treatments.

"All current therapeutics for Type 2 diabetes primarily aim to decrease blood glucose. So, they are treating a symptom, much like treating the flu by decreasing the fever," said the senior author. "We need another breakthrough."

"Obesity is known to be a cause of Type 2 diabetes and, for a long time, we have known that the amount of fat in the liver increases with obesity," the author said. "As fat increases in the liver, the incidence of diabetes increases."

This suggested that fat in the liver might be causing Type 2 Diabetes, but how fat in the liver could cause the body to become resistant to insulin or cause the pancreas to over-secrete insulin remained a mystery, the author said.

The authors focused on fatty liver, measuring neurotransmitters released from the liver in animal models of obesity, to better understand how the liver communicates with the brain to influence metabolic changes seen in obesity and diabetes.

"We found that fat in the liver increased the release of the inhibitory neurotransmitter Gamma-aminobutyric acid, or GABA," the author said. "We then identified the pathway by which GABA synthesis was occurring and the key enzyme that is responsible for liver GABA production - GABA transaminase."

Nerves provide a conduit by which the brain and the rest of the body communicate. That communication is not only from the brain to other tissues, but also from tissues back to the brain, the author explained.

"When the liver produces GABA, it decreases activity of those nerves that run from the liver to the brain. Thus, fatty liver, by producing GABA, is decreasing firing activity to the brain," the author said. "That decrease in firing is sensed by the central nervous system, which changes outgoing signals that affect glucose homeostasis."

Researchers wanted to ensure the findings would translate to humans. they identified variations in the genome near GABA transaminase that were associated with Type 2 diabetes. The researchers showed that in people with insulin resistance, the liver more highly expressed genes involved in GABA production and release.

The findings are the foundation of clinical trial currently underway. The trial will investigate the use of a commercially available Food and Drug Administration-approved inhibitor of GABA transaminase to improve insulin sensitivity in people who are obese.

"A novel pharmacological target is just the first step in application; we are years away from anything reaching the neighborhood pharmacy," the author said. "The magnitude of the obesity crisis makes these promising findings an important first step that we hope will eventually impact the health of our family, friends and community."