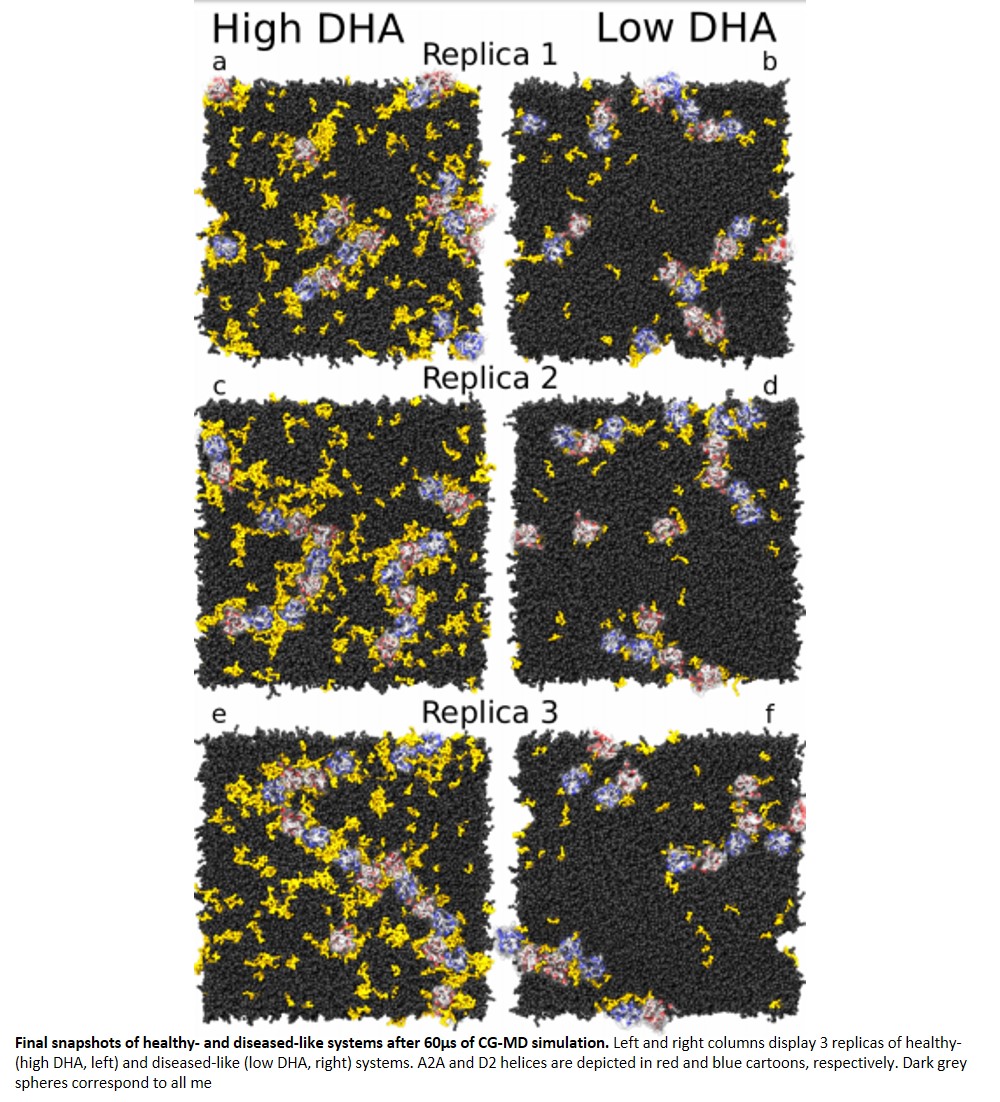 Using latest-generation molecular simulations, which are like "computational microscopes", the researchers have demonstrated that a decrease in polyunsaturated lipids in neuronal membranes, as seen in Parkinson's and Alzheimer's sufferers, directly affects the binding rate of dopamine and adenosine receptors.

These are part of the family of receptors connected to the G protein (GPCR), located in the cell membrane and responsible for transmitting signals to within the cell. Until now, various studies have demonstrated that lipid profiles in the brains of people with diseases like Alzheimer's and Parkinson's are very different from those of healthy people.

These studies showed that the levels of a polyunsaturated fatty acid in neuronal membranes are considerably lower in the brains of sufferers. The researchers believe that this difference in the lipid composition of membranes could alter the way in which certain proteins interact with each other, as in the case of the GPCR receivers.

The researchers used latest-generation molecular simulation techniques that allow them to observe, almost at the atomic level, biological dynamics that cannot be described with experimental techniques. Until relatively recently, it was not possible to conduct molecular simulations of this magnitude. However, this field has undergone an important evolution over the past few years, thanks to new breakthroughs in both hardware and software.

These results will enable, in the future, new therapeutic pathways to be initiated for regulating the binding of these receivers, either through the lipid composition of the membrane or by designing new lipids that have a modulating effect on this binding rate.

It will also facilitate the study of other similar scenarios where specific membrane lipids are able to modulate the behavior of other important receivers, at a clinical level. Even so, the researchers say the most important short-term challenge is looking at the real impact of reducing or increasing the formation speed of this protein complex on the cell function where it is expressed.