Roles of REM and non-REM sleep in visual learning 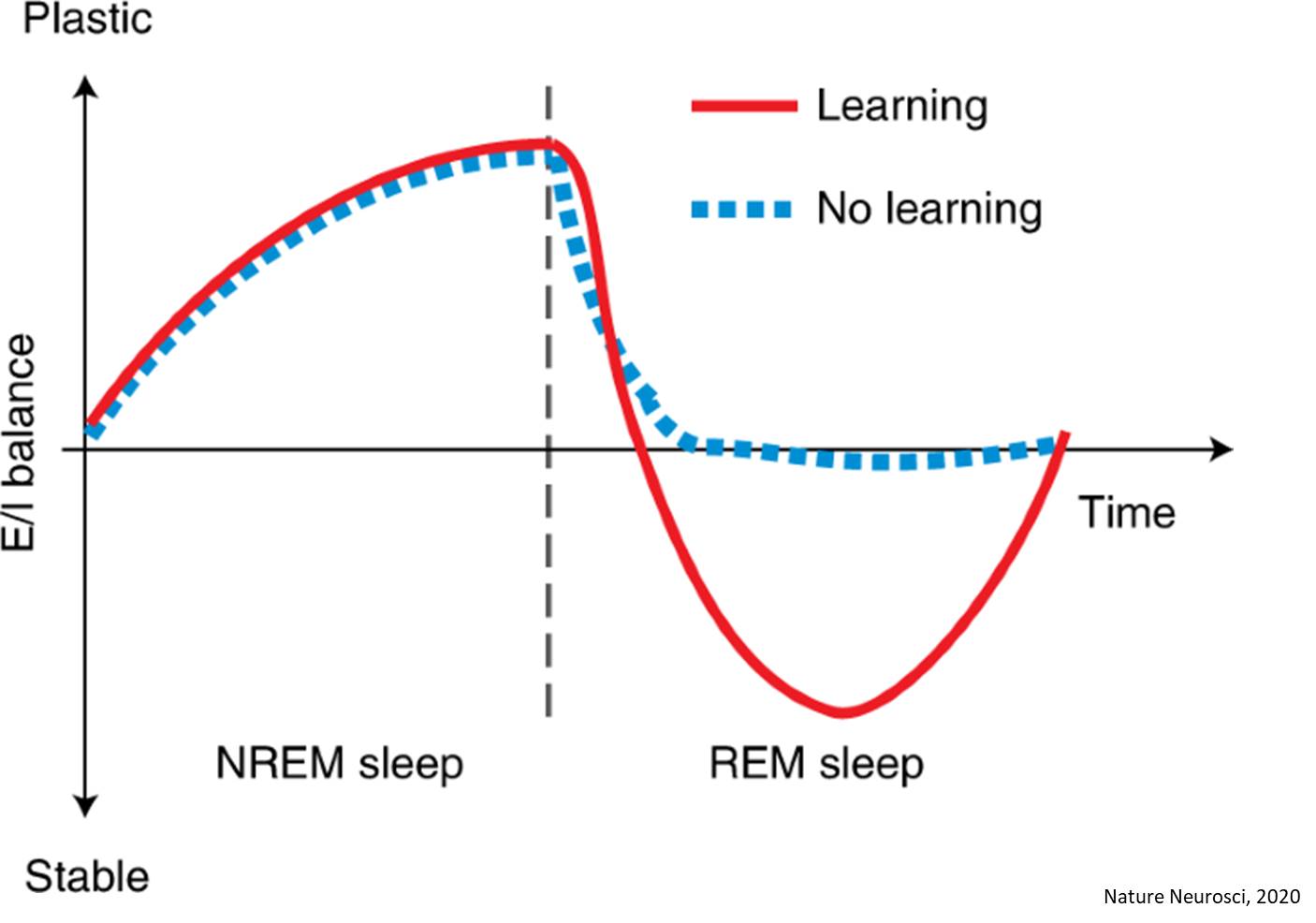 Which sleep stage is most important for learning: REM or non-REM? Does sleep improve learning by enhancing skills while people snooze, or by cementing those skills in the brain so that they're less likely to forget them? Do these processes occur every time someone sleeps, or only after they have learned something new?

The answer to these questions, according to a new study on visual learning, is "all of the above."

In the study, published in Nature Neuroscience, young adults were trained to identify a letter and the orientation of a set of lines on a textured background in two different tasks: one before sleep and one after sleep. Between the two tasks, the researchers analyzed the participants' brain waves while they were sleeping and simultaneously measured the concentrations of two different chemicals in their brains: an excitatory neurotransmitter called glutamate and an inhibitory neurotransmitter called gamma-aminobutyric acid. Separately, the researchers performed the same analyses on people who did not participate in the visual learning tasks.

By measuring the ratio of these two chemicals in the brain -- called the excitation/inhibition (E/I) balance -- scientists can gather clues about the state of a particular brain area. Sometimes, such as when a brain area has a high E/I balance, neurons are actively forming new connections, which means that the brain area has a high degree of plasticity.

Conversely, when a brain area has low E/I balance, it is said to be in a state of stabilization. During stabilization, less important neural connections are pruned away, thereby increasing the efficiency and resiliency of the connections that remain. Both plasticity and stabilization are integral to the learning process: Plasticity typically translates to performance gains, and stabilization prevents new learning from being overwritten or interfered with by future learning.

This new study found that plasticity and stabilization occur during different stages of sleep.

During non-REM (NREM) sleep, the visual areas of participants' brains exhibited an E/I balance suggestive of increased plasticity. The pattern was found even among participants who did not partake in the visual learning tasks, which means that it occurs even in the absence of learning.

However, the REM stage appears to be necessary for people to reap the benefits of the increased plasticity they exhibit during NREM sleep. During REM sleep, the chemical concentrations in participants' brains indicated that their visual areas underwent stabilization. (This process occurred only in the participants who partook in the visual learning tasks, which suggests that, in contrast to plasticity, stabilization during sleep occurs only in the presence of learning.)

"I hope this helps people realize that both non-REM sleep and REM sleep are important for learning," the author said. "When people sleep at night, there are many sleep cycles. REM sleep appears at least three, four, five times, and especially in the later part of the night. We want to have lots of REM sleep to help us remember more robustly, so we shouldn't shorten our sleep."

Going forward, the authors would like to see if their findings can be generalized to other types of learning. They would also like to combine this research with their past research on visual perceptual learning and reward.