Saline water better than soap and water for cleaning wounds 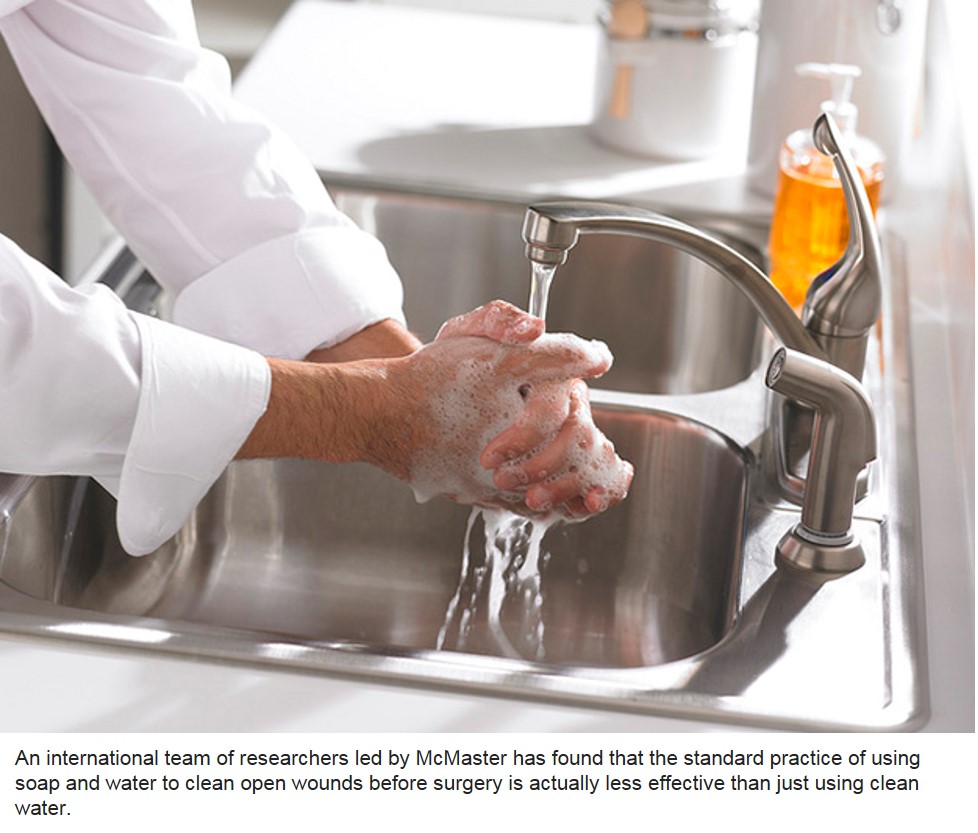 Many scientific advances have been made in the delivery of care and infection prevention for open fractures, but the standard practice of wound cleaning with soap and water before surgery has remain the unchanged. Now, an international team of researchers has found that soap and water is actually less effective than just using saline water.

The findings, which were published in the New England Journal of Medicine, could lead to significant cost savings, particularly in developing countries where open fractures are particularly common.

As part of the study, 2,400 people with open arm or leg fractures had their wounds cleaned with either soap and water, or a saline water solution, and one of three different levels of water pressure. Patients were monitored to see who would need to have an additional operation within 12 months because of infection or problems with wound healing. The researchers found that very low water pressure was an acceptable, low-cost alternative for washing out open fractures, and that the reoperation rate was higher in the group that used soap.

The study involved patients across 41 sites in the United States, Canada, Australia, Norway and India. The majority of patients were men in their 40s with a lower extremity fracture, and the most common reason for the injury was a motor vehicle accident.

The researchers added that their findings may be particularly relevant for low and middle income countries where 90% of road traffic fatalities, and probably a similar proportion of open fractures, occur, according to the World Health Organization.