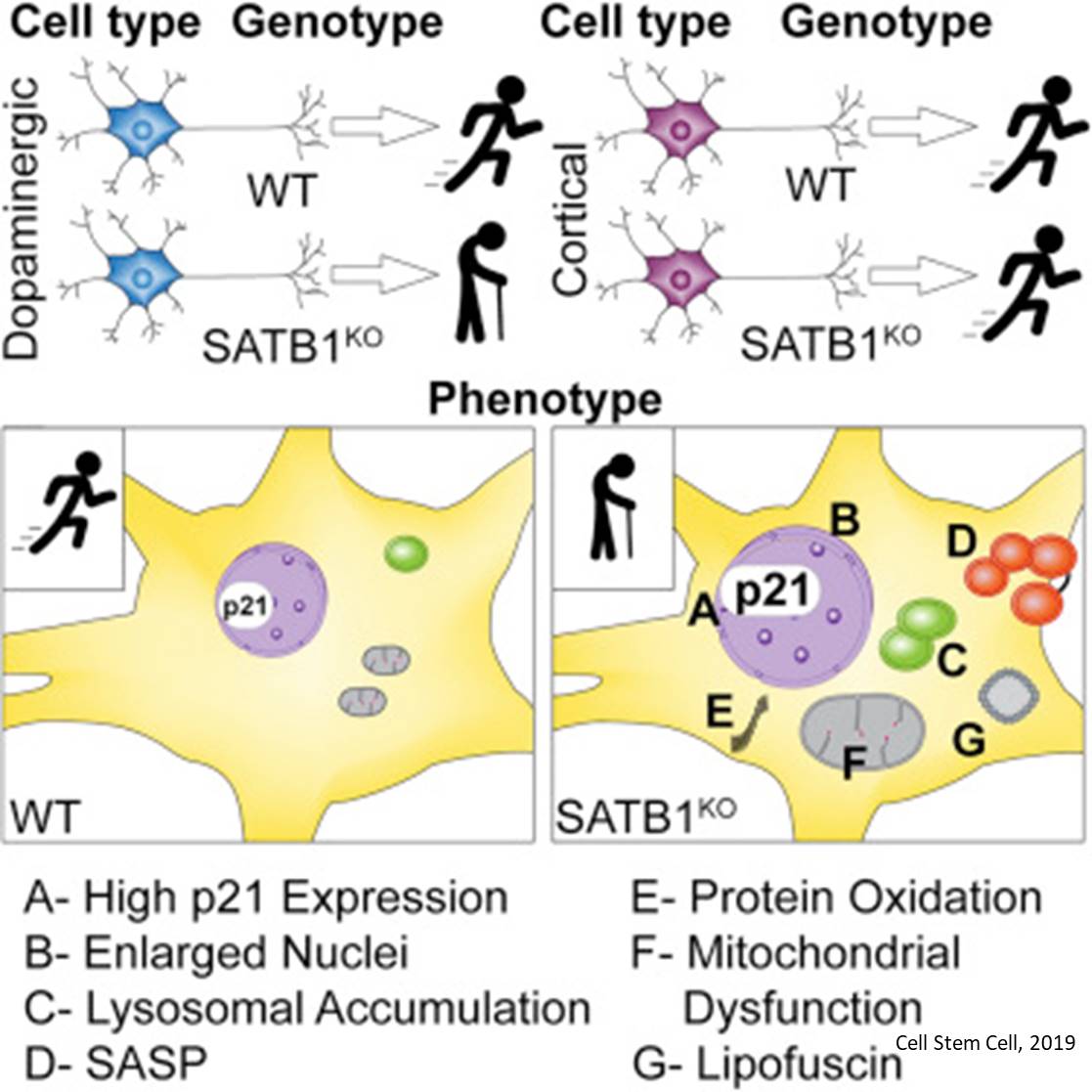 In neurodegenerative conditions like Parkinson's disease, a specific group of neurons start to die one by one, causing movement problems and other symptoms. Scientists have long focused on finding out why these neurons die. Now it turns out, they might not even be dead.

Researchers found that affected neurons in Parkinson's disease can shut down without fully dying. These undead neurons, the team found, release chemicals that shut down their otherwise healthy neighbors as well, leading to the stuttering and halting effects seen in Parkinson's patients.

The findings, reported in Cell Stem Cell, suggest that future drugs aimed at halting this cell-inactivation process may help prevent the disease or slow its progression.

Undead cells are, in fact, pretty common. They are found all over the body. As part of a normal process called senescence, cells may shut down when they recognize they have suffered a DNA damage during division. This helps to prevent damaged cells from growing uncontrollably and causing problems like cancer.

Senescence is not typically seen in the nerve cells of the brain, however. Unlike other cells in the body, neurons stop dividing once they're fully formed. But the researchers found that, surprisingly, dopamine neurons--which regulate motivation, memory and movement by producing chemical messenger dopamine--can nevertheless become senescent. "That was a novel finding," says the paper's lead author. "And that was exciting for us."

The researchers set out to investigate the exact function of a Parkinson's-linked protein called SATB1 in dopamine-producing neurons, whose activity is reduced in Parkinson's disease.

The lab grew human stem cells into dopamine neurons in a dish. In some of the neurons, they silenced the gene for SATB1. The team found that the neurons lacking SATB1 released chemicals that cause inflammation and eventually senescence in surrounding neurons. They also displayed other abnormalities, including damaged mitochondria and enlarged nuclei.

The team then investigated the chain of events that causes these effects following reducing SATB1. They found that SATB1 normally suppresses a gene that produces p21, a protein known to promote senescence. In other words, SATB1 appears to protect dopamine neurons from going into senescence.

And when the researchers reduced SATB1 in the midbrains of mice, they found the same signs of senescence, including damaged mitochondria and high levels of p21. Brain tissue from people with Parkinson's also showed elevated p21, further confirming the lab results.

The work might explain one mystery of Parkinson's: why dopamine levels go down well before the dopamine neurons in the midbrain actually die. "They lose the function of a neuron even though they are still there," the author says. "People call these senescent cells zombie cells because they're undead, basically, and because their dead-like appearance is spreading."

The chemicals that senescent cells secrete cause local inflammation. These cells "stop the cell cycle and they start secreting inflammatory factors that signal to the immune system, 'Come here and eat me,'" the author says. "This might really be a novel explanation for why you see certain markers of inflammation in Parkinson's Disease."

The work opens up new avenues for therapies, the author says. There are several drugs, called senolytics, that can remove senescent cells, and the researchers suggest such drugs might help Parkinson's patients. Another possible path is to develop new drugs to specifically target SATB1 or p21.