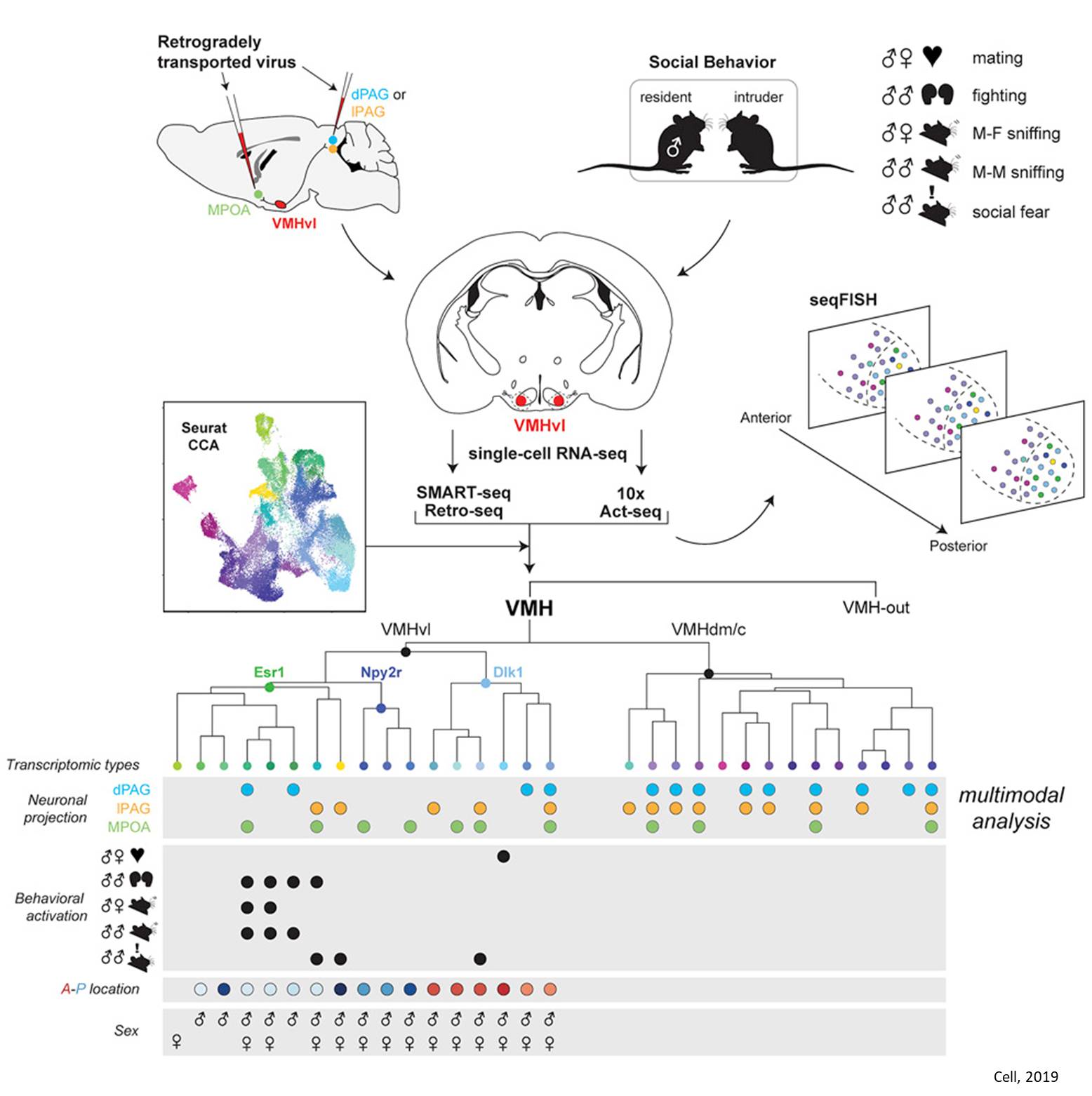 "The results show that there are differences between male and female mammalian brains at the level of cellular composition as well as gene expression but that those differences are subtle, and their functional significance remains to be explained," says the senior author.

There are many different types of cells within the brain, such as neurons that transmit signals and glial cells that support neural functions. Although all of these cells contain the same set of genes, or genome, the types of cells differ in how they express those genes. As an analogy, one can imagine the genome as an 88-key piano in each cell. Each cell does not use all 88 keys. Therefore, the subset of keys that the cell "plays" determines the type of cell it is.

The hypothalamus is a fundamental region of the brain found in all vertebrates including humans. Previous studies have shown that a specific anatomic subdivision in the hypothalamus, called the ventrolateral subdivision of the ventromedial hypothalamus (VMHvl), contains cells that control aggression and mating behaviors. In these studies, strong stimulation of these neurons in male and female mice immediately caused the animals to become aggressive, even in the absence of any threat. However, weak stimulation caused the mice to begin mating behaviors.

In this new work, the researchers examined gene expression in individual cells in the VMHvl. This was made possible by advanced transcriptomic techniques that can enumerate and identify the RNA transcripts that a cell contains; this information can then be used to classify different cell types. Previous studies were only able to examine 10 percent of the transcripts in each cell, whereas this study looked at a larger proportion of transcripts. The team discovered that there are 17 different types of brain cells in this tiny region alone. What is more, an examination of the patterns of gene expression revealed that some of these 17 cell types are much more abundant in male mice than in females, while others are found only in females.

It was known that different genes are expressed in the two mouse sexes--indeed, a genetic test can tell you whether a mouse is male or female--but this is the first discovery of types of cells that are sex-specific in a mammalian brain. Cells are considered to be distinct types when the expression of large clusters of genes varies from cell to cell.

Future work will try to determine the functions of these differing cell types.