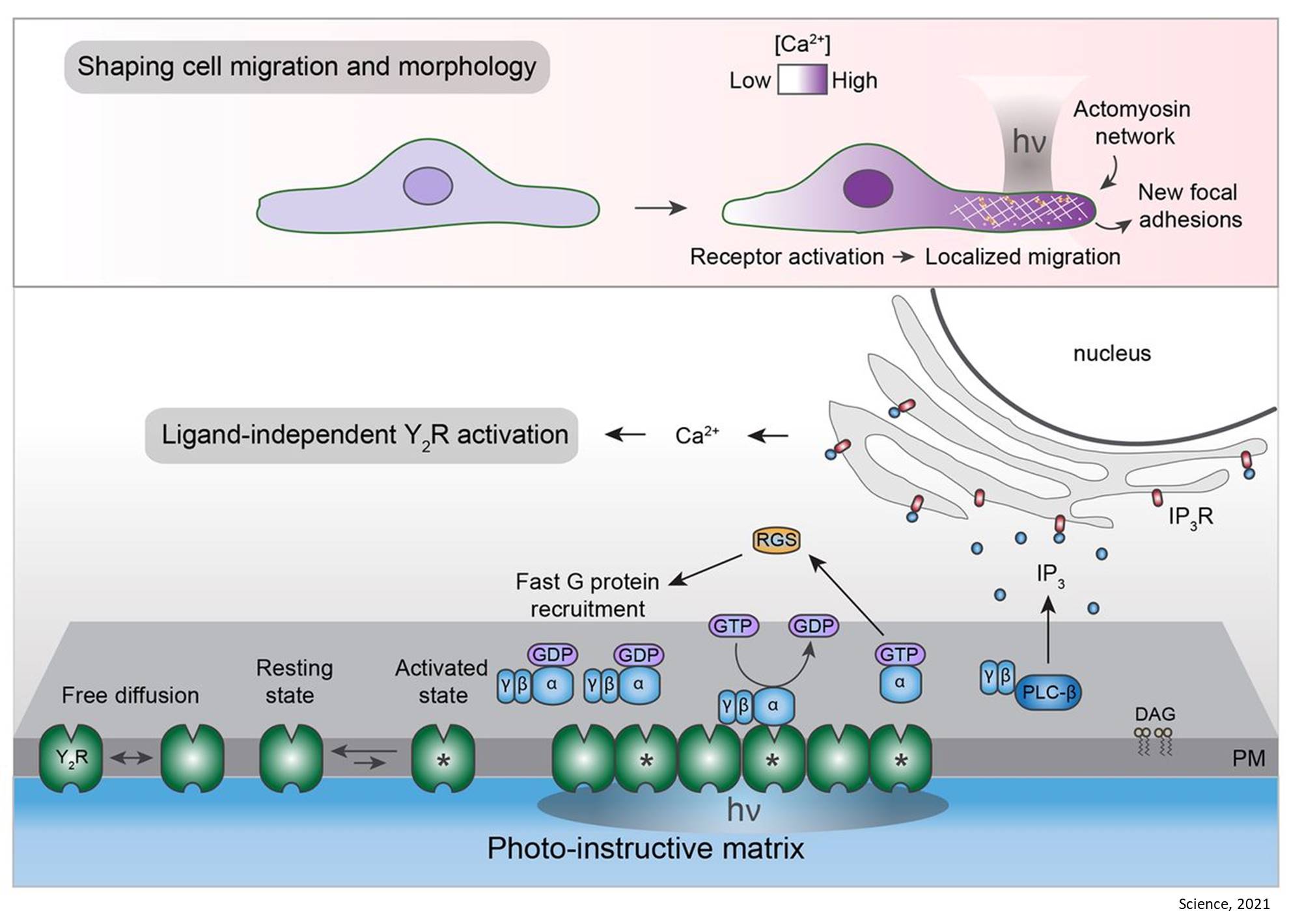 Our body consists of 100 trillion cells that communicate with each other, receive signals from the outside world and react to them. A central role in this communication network is attributed to receiver proteins, called receptors, which are anchored at the cell membrane. There, they receive and transmit signals to the inside of the cell, where a cell reaction is triggered.

In humans, G protein-coupled receptors (GPC receptors) represent the largest group of these receptor molecules, with around 700 different types. The research scientists focused on a GPC receptor that serves as a receptor for the neuropeptide Y in cells and is accordingly called the Y2 receptor. Neuropeptide Y is a messenger substance that primarily mediates signals between nerve cells, which is why Y2 receptors are mainly present in nerve cells and among other activities trigger the formation of new cell connections.

In the laboratory, the researchers engineered cells, which had approx. 300,000 Y2 receptors on their surface and were grown on specifically developed, light-sensitive matrices. Each of the Y2 receptors was provided with a small molecular "label". Once the scientists created a spot of light with a fine laser beam on the cell surface, the Y2 receptor under this spot were trapped via the molecular label to the exposed matrix in such a way that the Y2 receptors moved closely together to form an assembly known as a cluster. The whole reaction could be immediately observed at the defined spot and within a few seconds.

The senior author explains: "The serendipity about this experiment is that the clustering of receptors triggers a signal that is similar to that of neuropeptide Y. Solely by the clustering, we were able to trigger cell movement as a reaction of the cell. The laser spots even allowed us to control the direction of the cell movement." As the light-sensitive lock-and-key pairs utilized are very small compared to the receptors, the organization of the receptors in the cell membrane can be controlled with high precision using the laser spot. "This non-invasive method is thus particularly well suited to study the effects of receptor clustering in living cells," the author continues. "Our method can be used to investigate exciting scientific questions, such as how receptors are organized in networks and how new circuits are formed in the brain."