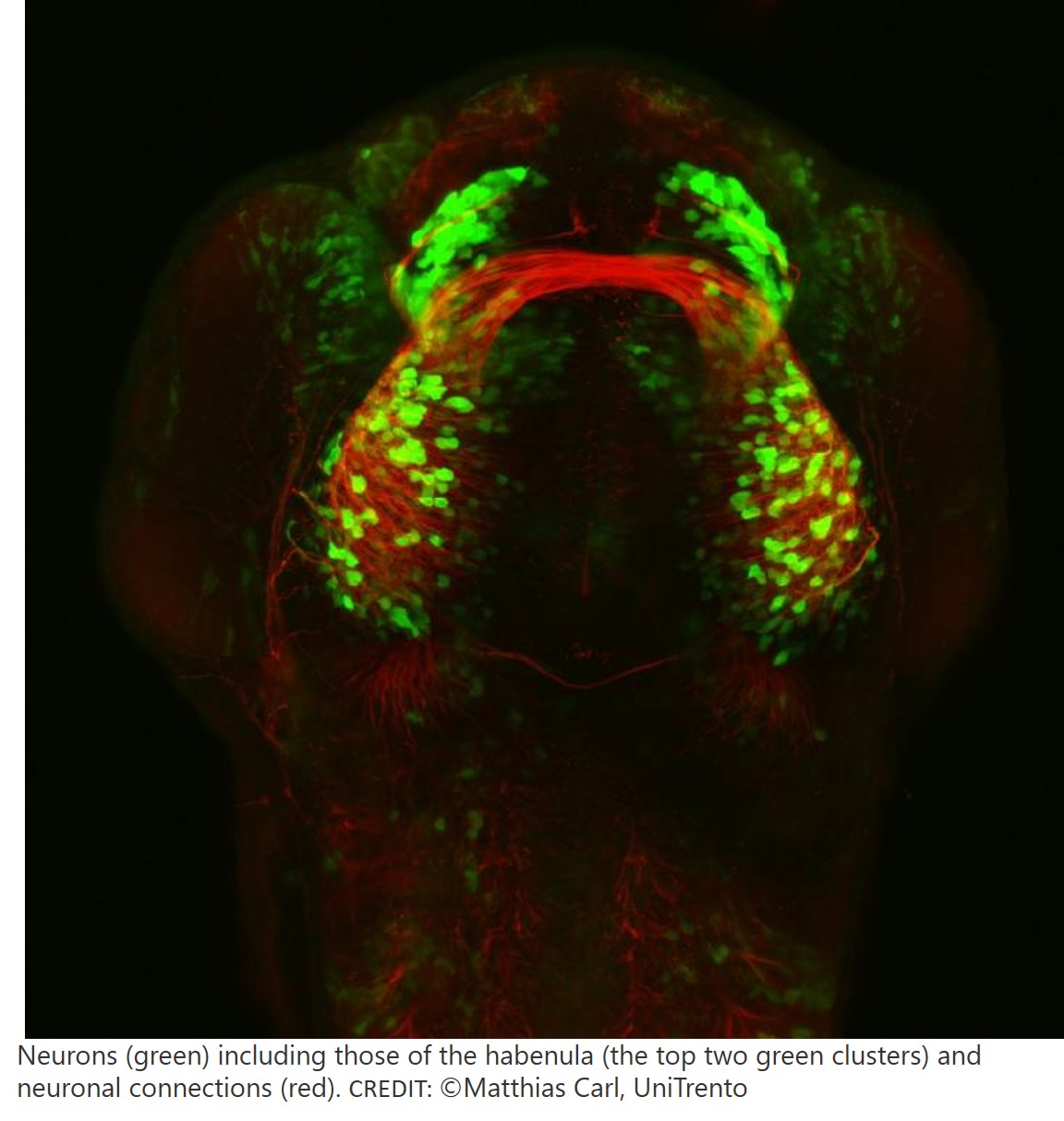 The habenula is a small region at the centre of the brain, but is crucial for people's lives. It is made up of groups of nerve cells that control the "neurotransmitters" of the brain, that is to say substances like dopamine, noradrenaline and serotonin. The release of these substances is fundamental to respond to stimuli, for example to perceive pain or fear and to regulate mood-related behaviours, and is implicated in conditions like schizophrenia, autism and depression.

Scientists have known the habenula for a long time, but little is known about its implications in nervous system conditions.

The research team identified a molecule that is essential for the correct composition of habenula neurons and their connectivity in the brain. This molecule (Wnt inhibitory factor 1, Wif1), which is a well-known tumor suppressor, plays a key role also in this symphony of neurons and their proper functioning, and may be implicated in autism.

This knowledge, linking the molecule, brain structure and a number of neurological disorders, opens new directions for research into brain disorders, hopefully to find out more about serious conditions that can only be treated in ways that take a toll on the quality of life of people.